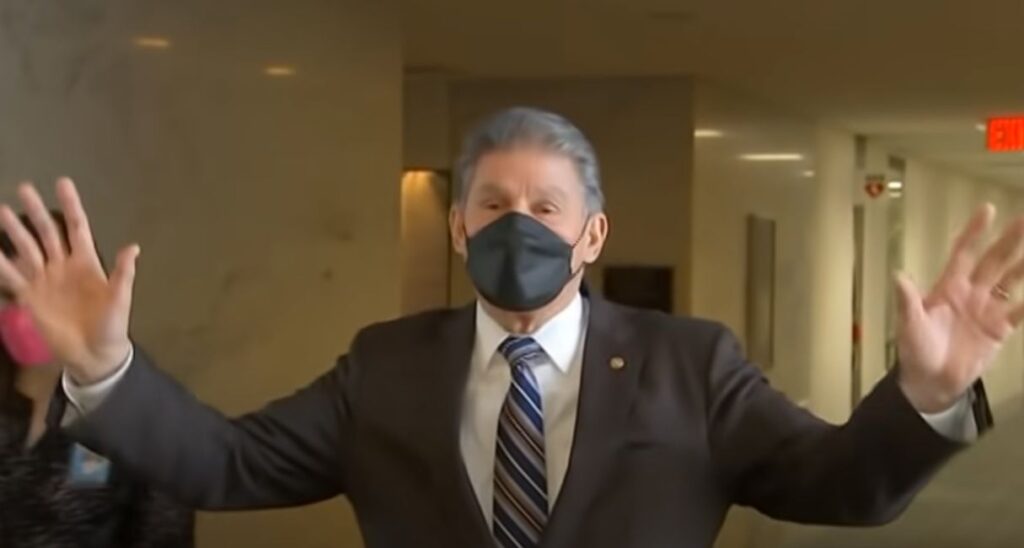 Senator Joe Manchin (D-WV) told reporters on Tuesday that backing any of the Democrats’ planned changes to the Senate filibuster would be “very difficult.”

Manchin was asked by Politico congressional reporter Burgess Everett in the halls of Congress about whether he opposes changing the Senate filibuster rules or invoking the “nuclear option” to remove it.

“[I’ve] always been for rules [changes] being done the way we’ve always done them, two-thirds of members voting, and any way you can do a rules change to where everyone is involved, and basically that’s a rule that usually will stay, that’s what we should be pursuing,” he said. “[We’re] still having ongoing conversations as far as voting because I think the bedrock of democracy is making sure that you’re able to cast a vote.”

“If you’re legal, of age, and a United States citizen, you should be able to cast a vote, and it should be counted accurately. So we’re talking about those things there,” Manchin said.

When asked specifically about the filibuster, he elaborated that it would be a “heavy lift.”

“[Being] open to a rules change that would create a nuclear option, it’s very, very difficult. It’s a heavy lift,” Manchin said.

“Anytime there’s a carveout, you eat the whole turkey,” Manchin joked. “There’s nothing left, because it comes back and forth. So you want things that’ll be sustainable, that’s what you’re looking for. So that common sense, commonality … I just believe that the bedrock of democracy is voting, and we have to do what we can in order to preserve that. But let’s just see. Conversations are still ongoing, I’ve been talking to everybody, we’ve been having good conversations … since we left about two weeks ago.”

Manchin continued to explain his position when pressed by another reporter.

“The need for us to protect democracy as we know it, and the Senate, as it has operated for 232 years, are extremely, extremely high bars that we must be careful if we’re willing to cross those. So, I’m talking. I’m not agreeing to any of this. … I want to talk and see all the options we have open,” he said.

“We want to talk to everybody. I want to engage everybody, I’m just not doing it from one side,” Manchin said.

Manchin’s opposition would prove to be an insurmountable obstacle in the evenly split Senate to ramming through the communist boondoggle known as “Build Back Better” as well as the unconstitutional usurpation of state’s rights in elections under the “For the Democrats Act.”

Manchin has rejected attempts to bring back Build Back Better, according to Fox News reporting on Tuesday.

“There’s been no conversations after I made my statement. I was very clear, I feel as strongly today as I did then that the unknown with COVID – here we are. I’ve got an N-95, I see all of you do,” Manchin told reporters. “So there’s different concerns that we have right now that we haven’t had for a while, so that’s a concern. Inflation is still a concern. It’s still over 6%.”

In perhaps the clearest sign of all, Manchin did not seem open to Senate changes that would cause more partisan division.

“I’ve never turned down talks with anybody. I really haven’t. I was very clear on where I stand, and I thought it was time to do that, rather than just continue on and on as we have for five and a half months. I haven’t changed from the first day when I talked to leader Schumer on that,” he recalled, referencing Senate Majority Leader Chuck Schumer, D-N.Y.

“Our country is divided. I don’t intend to do anything that divides our country anymore,” he said.

Donald Trump Cancels His Jan. 6 Press Conference, Explains What He Will Do Instead