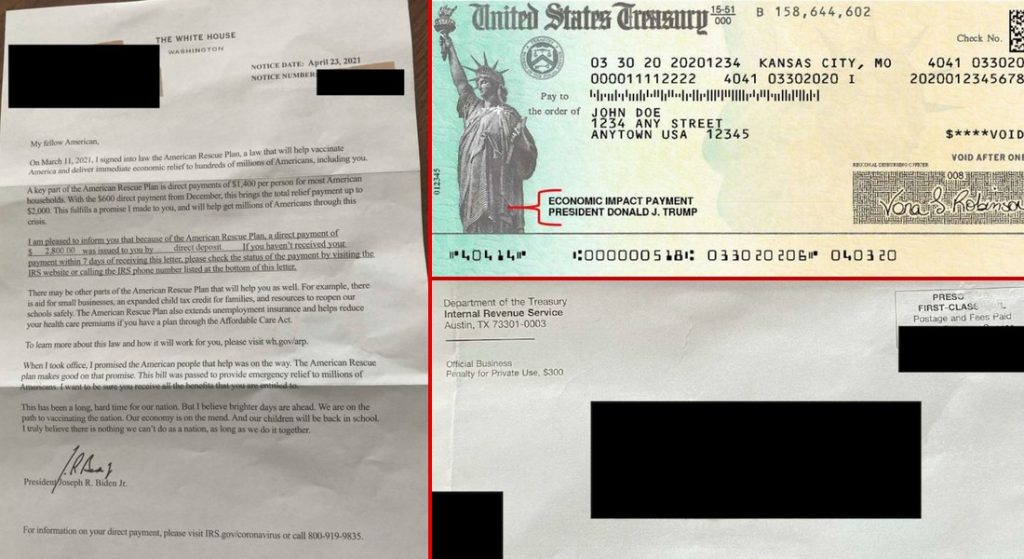 There’s a million different ways to prove that the U.S. media is largely in the back pocket of the Democratic Party. And now that Americans have yet another round of stimulus checks in their back pockets, President Biden wants us to be grateful the U.S. government is giving us our own money back.

Joe Biden is going a step beyond merely putting his signature on stimulus checks, as his predecessor had done to widespread ridicule and contempt in the U.S. media. He is sending Americans letters bragging about his purported accomplishment via the U.S. Treasury. 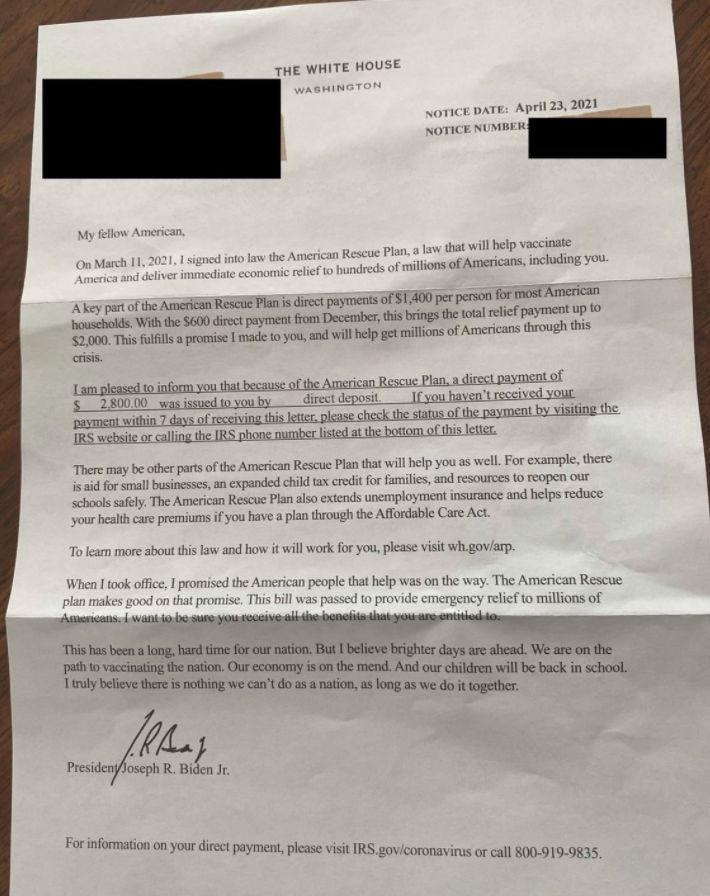 One of these letters, obtained by Becker News, demonstrates the message, which is arguably using the federal government for electioneering purposes. Such activities are forbidden under the Hatch Act.

“When I took office, I promised the American people that help was on the way,” the letter reads. “The American Rescue plan makes good on that promise. This bill was passed to provide emergency relief to millions of Americans. I want to be sure you receive all the benefits that you are entitled to.”

“This has been a long, hard time for our nation,” the letter continues. “But I believe brighter days are ahead. We are on the path to vaccinating the nation. Our economy is on the mend. And our children will be back in school. I truly believe there is nothing we can’t do as a nation, as long as we do it together.”

“It was just a letter that went out with them but not intended to make it about him,” Psaki said. “It’s about the American people. And we didn’t have him sign the checks because we were concerned about any impact that would have on delaying them going out to the public.”

“He didn’t think that was a priority or a necessary step. His focus was on getting them out as quickly as possible,” she added.

Recall the media deluge of contempt and mockery when former President Trump merely wanted his signature on the checks. The Late Show with Stephen Colbert ran an entire snarky segment on it.

But oddly missing from the late night shows, or the news media at large, are any complaints about Biden’s letter. Funny, it’s almost like the media complex is just a party apparatus meant to spin everything Democrats do as good, and everything Republicans do as bad.