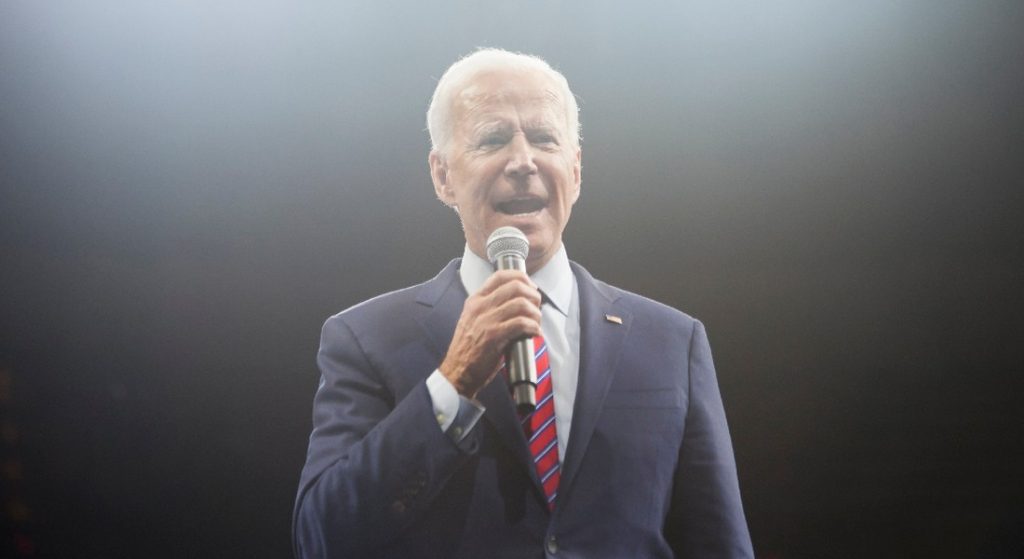 President Joe Biden will seek to finish the job his predecessor President Obama sought to do his first two terms in office: That is to “fundamentally transform” the United States of America

Newly revealed details of a secret meeting between Biden and presidential advisers has been uncovered that shed light on the administration’s path forward. For those who love America, it is a harrowing look at an extreme agenda.

“President Biden recently held an undisclosed East Room session with historians that included discussion of how big is too big — and how fast is too fast — to jam through once-in-a-lifetime historic changes to America,” Axios reported.

“The historians’ views were very much in sync with his own: It is time to go even bigger and faster than anyone expected,” the report said. “If that means chucking the filibuster and bipartisanship, so be it.”

According to Axios, Biden aims to ram through what could amount to a $5 trillion-plus overhaul of America, with “vast changes to voting, immigration and inequality.” These changes reportedly include landmark legislation on climate change, guns, and voting.

The Biden administration has already begun to take aggressive action on energy issues, such as ending the permits for the Keystone XL pipeline. The White House also rejoined the Paris Climate Accord, which puts America on a supposed path to zero emissions by 2050.

“In the wake of an unprecedented assault on our democracy; a coordinated attempt to ignore, undermine, and undo the will of the American people never before seen in our history; and a new wave of aggressive attacks on voting rights taking place in states across the country, I applaud Speaker Pelosi and the House of Representatives for passing H.R. 1, the For the People Act of 2021,” the White House announced on March 4.

The one thing standing in the way of such a bill: The filibuster. It is a Senate cloture rule that requires 60 members to end debate on most topics and move to a vote. Since the Senate is split 50-50 between Republicans and Democrats, with Vice President Kamala Harris controlling the deciding vote, it is the one hurdle left to prevent the federal government from implementing massive changes. Democrats continue to signal their support for ending the filibuster, including to pass H.R. 1, which would virtually ensure a permanent Democratic majority.

But overhauling America’s constitutional order on elections is only one of the radical plans that the Democrats have in store for America. On Monday, credible reports came to light that Biden will soon unveil a massive spending package.

The pricetag for the huge spending bill would be anywhere between $3 trillion and $4 trillion. It would include numerous “free” socialist programs, such as universal pre-K, free community college, climate change programs, and a purported attempt to reduce income inequality. It would be in addition to the recently passed $1.9 trillion COVID “relief” plan. It could raise the spending of the federal government to over $11 trillion in one calendar year, and would entail massive tax hikes for American taxpayers.

Despite earlier promises to the contrary, the Biden administration is also seeking to implement major gun control regulations. On Tuesday, after the Boulder shooter suspect was identified as Ahmad al Alissa, who is accused of killing ten innocent people, Biden was reported to be considering executive action on gun control.

“U.S. President Joe Biden urged Congress to swiftly pass gun control laws and may take action on his own to stop mass violence, the White House said on Tuesday, a day after the second deadly mass shooting in a week,” Reuters reported.

Leaked audio from a Biden meeting with civil rights leaders in December revealed that Biden was purportedly going to stand by the Constitution and opposed using strong executive action on controversial legislation, such as gun control.

Biden shouted down civil rights leaders after the 2020 election and before the Georgia midterm election pushing for him to abuse his executive order authority.

“And no one has fought harder to get rid of assault weapons than me, me, but you can’t do it by executive order,” Biden added. “We do that, next guy comes along and says, Well, guess what? By executive order, I guess everybody can have machine guns again. So we gotta be careful.”

On the campaign trail, Biden actually called a Detroit factory worker “full of sh*t” when he said he was “actively trying to end our Second Amendment right.”

The historians advising Biden at his secret meeting compared the prospect for action to that of the Great Depression and Lyndon Johnson’s Great Society programs, although they are unlikely to have noted that it was called the “Great” Depression for a reason, and that the War on Poverty has gone on for nearly 60 years with no end in sight.

“People close to Biden tell us he’s feeling bullish on what he can accomplish, and is fully prepared to support the dashing of the Senate’s filibuster rule to allow Democrats to pass voting rights and other trophy legislation for his party,” Axios reported, noting, “He loves the growing narrative that he’s bolder and bigger-thinking than President Obama.”

However, we have recently discovered the former President Obama and President Biden are in close working cooperation with one another. White House Press Secretary Jen Psaki admitted this at her press briefing on Monday.

“President Obama is taking part in an event for the affordable care act in about an hour… The question is… has he visited the White House, or do you know how often he has spoken to President Biden?” the reporter asked.

“I will say, having a unique view of this question, they were not just President and Vice President. they are friends,” Psaki said.

“They consult and talk about a range of issues and I would expect that continues through the course of President Biden’s presidency,” she added.

The American people are getting visibly acclimated to a Kamala Harris presidency. A new directive from the White House is one of the most concrete developments that federal officials are getting warmed up for the Harris takeover, as well.

Despite long-standing security protocols against the president and vice president traveling together, President Biden and Vice President Harris are virtually inseparable. They have even traveled on Air Force One together to a recent speaking event in Atlanta, although Biden himself was forbidden from traveling with President Obama on Air Force One under the Obama administration.

In addition, Harris has been taking over a key role in foreign policy making. She has met with numerous heads of state in one-on-one meetings, and is included in all of the president’s IC briefings.

Now, there is formal recognition of Harris’s role as a vital member of the Biden administration, breaking from the usual presumption that the vice presidency is a low-key and less visible office.

President Biden has not given a press briefing in over two months in office. He has not yet given a State of the Union Address — one of the latest first-time presidents to do so. He is tripping going up stairs and often refuses to take unscripted questions.

On Thursday, while delivering a statement on the coronavirus pandemic, Biden let it slip once again who he thinks is the President of the United States. “President Harris.”

Two months into the Biden administration, we are already seeing a major but expected shift to a radical program to transform American into an a socialist state.