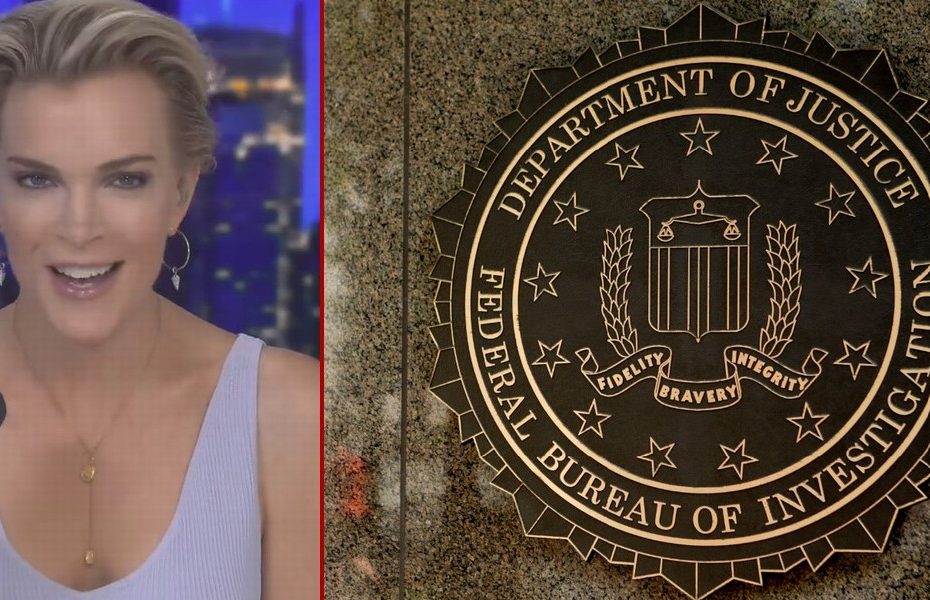 Megyn Kelly unleashed on the FBI’s heavy-handed raid of former President Donald Trump’s home at Mar-a-Lago. She called “bullshit” on the FBI’s purported reason for the raid. Listen:

“If you believe this is about classified documents having to do with bullshit Trump took with him when he left office, your head is in the sky,” Kelly said on the Aug. 9 edition of the Megyn Kelly Show. “This is about January 6 and the never-ending desire to get Donald Trump on something.”

Kelly weighed in further on the FBI’s rationale for the unprecedented, invasive, nine-hour raid of the former president’s estate in an alleged search for top secret documents that reportedly might even include nuclear weapons secrets.

“My response to that is bullshit,” she said. “Bullshit. There is no way that’s what they were searching for. There’s no way I watched all the coverage last night. I’ve read everything. And I read Andy McCarthy this morning, who, as it turns out, agrees with me. I agree with him. He’s a former top prosecutor, former assistant attorney, and he says the same thing.”

“They don’t want him to run for election,” she went on. “Again, they’re mad. He did not get convicted on the first or the second impeachment. They’re mad that he did not get pursued criminally by the New York DA. They are mad that Russiagate fell apart and they are mad that he’s leading in the polls. He’s crushing DeSantis, his candidates of choice all made it into office — virtually all of ’em last week. And they are prepared to unleash hell.”

“The Democrats play dirty and Merrick Garland is very clearly willing to go along with that,” Kelly said. “He’s been moving in the concentric circles toward Donald Trump over the past several weeks, going after his top advisors, subpoenaing them. You know, we’ve seen close Trump advisors in handcuffs dragged away as, as they’re, as if they’re mobsters. This is really getting alarming and the American public deserves answers.”

The FBI’s sweeping raid combed through Trump’s office and at least a dozen bedrooms. According to reports, the FBI agents even thumbed through former First Lady Melania Trump’s wardrobe.

The FBI’s haul included an estimated twenty boxes of goods that were listed on a property manifesto. The manifesto was apparently incomplete, because the haul included documents that fall under “executive privilege,” “attorney-client privilege,” and even Trump’s passports. Donald Trump has requested that the FBI return the documents that fall under attorney-client privilege, and reportedly, screeners are rifling through his paperwork to determine what documents might qualify.

However, as earlier reported, the FBI’s search warrant was intentionally ‘overly broad’ and did not just cover alleged classified documents, such as the reported ‘nuclear weapons secrets.’ This is from Attachment B in the search warrant document itself: “Any government and/or Presidential Records created between January 20, 2017, and January 20, 2021.”

“Under ‘Attachment B’ of the FBI raid document, Garland demanded the seizure of literally any record Trump ever saw, read, or created over the entire 4-year term of his presidency,” The Federalist’s Sean Davis notes. “Any government and/or Presidential Records created between January 20, 2017, and January 20, 2021.”

The FBI raid was the ultimate “fishing expedition.” It was politically timed for the 2022 midterms. It follows six years of relentless harassment of Donald Trump. This isn’t just an attack on a former President, it’s a dangerous abuse of power and a flagrant affront to the the U.S. Constitutional system of law.

Megyn Kelly is obviously no personal fan of Donald Trump. But as her incisive rant proves, every American should justifiably be concerned about a lawless and corrupt Biden regime that has clearly spun out-of-control.