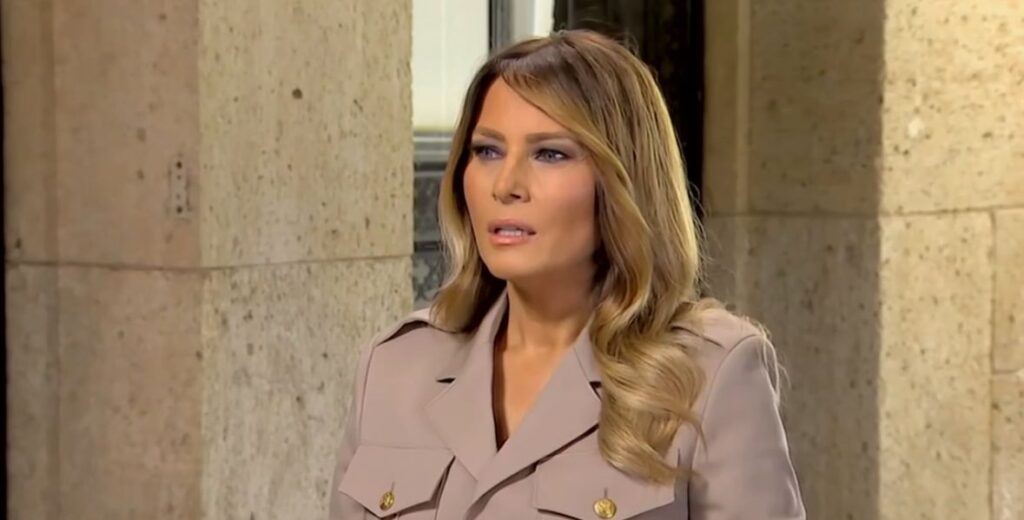 “I like Washington, D.C.. I know it operates completely different than any other city, but I really like it there and I enjoyed living in the White House,” Melania Trump said. “To be First Lady of the United States was my greatest honor. I think we achieved a lot in the four years of the Trump Administration. I enjoyed taking care of the White House. It was my home for a while. I understood it is the people’s house. It was a privilege to live there.”

“And maybe it’ll be your home again?” Pete Hegseth asked.

“Never say never,” Hegseth repeated. “Being out of D.C. and having that time, what you make of the state of the country right now?”

“I think it’s sad to see what’s going on, if you really look deeply into it,” Melania replied. “I think a lot of people are struggling and suffering. And what is going on around the world as well. So, it’s very sad to see and I hope it changes fast.”

“It’s been in the news,” Hegseth said. “As someone who loves children and has dedicated so much to their betterment, how do you feel when you see the shortage of baby formula and families just struggling to get basic items right now?”

“It’s heartbreaking to see that they are struggling and the food is not available for children in the 21st century in the United States of America,” Melania responded.

“Why is it happening?”

“I know opioids was part of your Be Best Initiative,” Hegseth continued. “I was watching the news recently, record amounts of drugs. In fact, we did a little research. You were the only First Lady to go to the border, you did it twice. What’s it like to see the things you worked on so hard change so drastically?”

“It’s very sad to see that they changed so drastically,” Melania said. “I know that Covid brought another struggle to the people who were having problems before, but what’s going on is unthinkable. A lot of people are dying from drugs and it’s very sad to see.”

“How did you put up with the constant criticism?” Hegseth asked before rolling a clip about once wearing the jacket, ‘I really don’t care, do you?’”

“They are biased and they have likes and dislikes, and it’s so obvious,” she replied. “And I think American people and everyone see it. It was their decision and I have much more important things to do and I did in the White House than being on the cover of ‘Vogue.’”

“It seems like anything you do, no matter how well-intentioned it is, the criticism was constant,” he added and rolled a montage.

“People, I see, always criticize me in whatever I do, and I’m used to that,” she said. “I move forward and I’m here to helping people. That is the mission. And those people who criticize me, I would encourage them to helping their own community or maybe join my Foster the Future Initiative.”

Melania Trump, classy as always. If only the same could be said of the mainstream media.