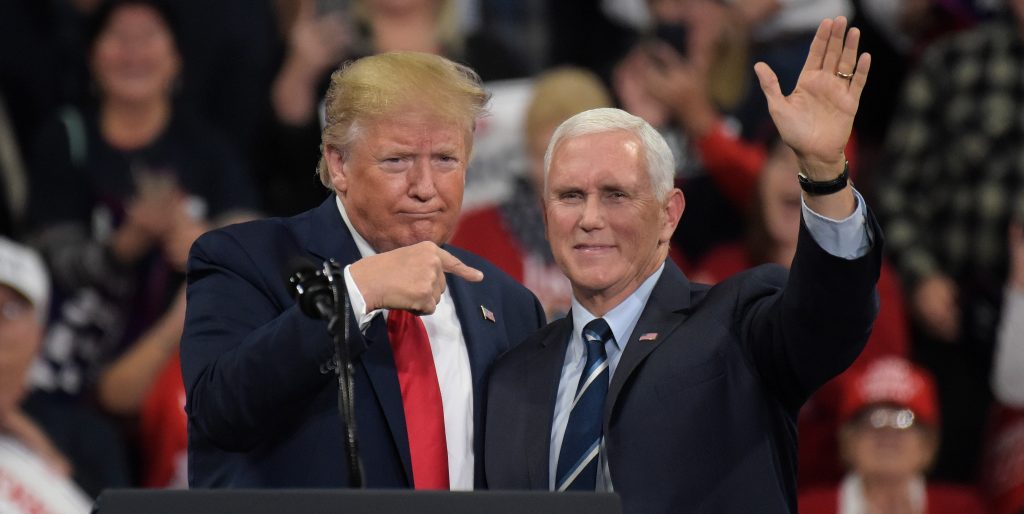 Despite the ugly fallout from the January 6th Capitol riots, there has been little word about the actual relationship between former president Donald Trump and his vice president Mike Pence.

This weekend, Mike Pence’s former chief of staff Marc Short put a wet blanket on the idea that there will be a long-standing rift.

“Despite their differences, the reality is that they’ve had multiple conversations before [they] departed. The president thanked the vice president for his service, told him he did a great job, and they’ve even had conservations since then, including even this week,” Short said in an interview on Fox News.

Trump “thanked” the vice president and told him he did a “great job” while in office, he continued.

When asked if Trump and Pence had “mended fences,” Short replied, “I think so.”

But now there are reports surfacing that further establish that Pence and Trump are ready to put the past behind them.

“He spoke very favorably about his relationship with President Trump,” Rep. Jim Banks told CNN. “I got the sense they speak often and maintain the same personal friendship and relationship now that they have for four years.”

“Banks said a group from his Republican Study Committee convened with Pence in the Washington region at the fellow Indianan’s transition office,” the Epoch Times reported. “They discussed the way forward for the GOP while also speaking about what the party accomplished in the past.”

The biggest revelation from the meeting, as related by Banks? Pence is looking to remain engaged in politics to defend the Trump-Pence legacy.

This is a big-time move that would go along way to healing the rift in the Republican Party.

Meanwhile, as Donald Trump has accepted the invitation to CPAC, former Vice President Mike Pence has declined. The Business Insider reported on the development.

“Schlapp expressed regret at Pence’s absence, saying ‘conservatives want to hear his take on the current threats posed by socialism and this radicalized Democrat party.’”

“A source close to Pence told CNN the former vice president was looking to stay out of the public eye for six months,” the report continued.

It appears now that reporting may have been premature.