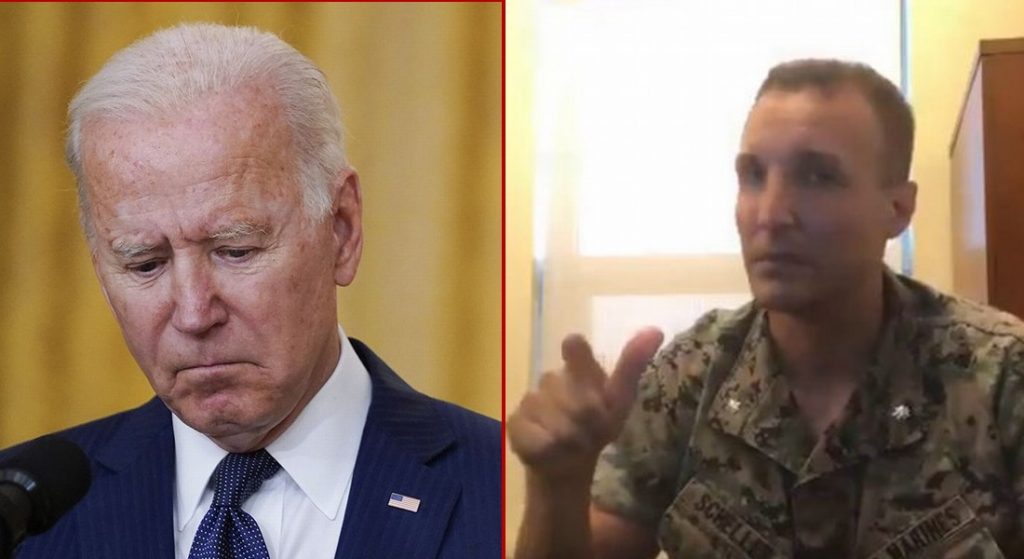 The U.S. military is warning both active duty and retired service members that no “disrespect” of President Biden will be tolerated.

The Office of Naval Intelligence’s Chief of Staff recently emailed service members to remind them of the Uniform Code of Military Justice. The UCMJ prohibits the public questioning of the President, the Vice President, Congress, or the Secretary of Defense, among others. The email was obtained by the Daily Wire on Friday. It reads as follows:

Given the heightened political and social atmosphere surrounding Afghanistan, it is important to remind our uniformed personnel (active duty and reservists on temporary active duty) and military retirees of their responsibilities and obligations under Article 88 of the Uniform Code of Military Justice and Department of Defense Directive 1344.10. While it is vital to protect the constitutional right of freedom of expression for these groups, consistent with mission accomplishment, national security, and good order and discipline, it’s important to remember certain limitations. Namely, uniformed personnel and military retirees are prohibited from disrespecting senior government leadership (e.g. the President, Vice President, Congress, Secretary of Defense, Service Secretaries, etc.).

The criticism of the U.S. ‘Commander-in-Chief’ has been non-stop since his August decision to withdraw the U.S. military from Afghanistan prior to securing military equipment and evacuating civilians.

President Joe Biden earlier ignored warnings from top generals and the Pentagon and proceeded with an immediate withdrawal. The ill-advised decision left thousands in harm’s way and ushered in the precipitous fall of the nation to the Taliban after nearly two decades of war. The decision has now led to the deaths of 13 American service members, as Becker News first reported on Thursday.

The military advice given to President Biden was detailed in a Wall Street Journal article following his initial speech on the Afghanistan withdrawal.

“The president’s top generals, including Chairman of the Joint Chiefs of Staff Army Gen. Mark Milley, urged Mr. Biden to keep a force of about 2,500 troops, the size he inherited, while seeking a peace agreement between warring Afghan factions, to help maintain stability,” the Wall Street Journal reported. “Defense Secretary Lloyd Austin, who previously served as a military commander in the region, said a full withdrawal wouldn’t provide any insurance against instability.”

“In a series of meetings leading up to his decision, military and intelligence officials told Mr. Biden that security was deteriorating in Afghanistan, and they expressed concerns both about the capabilities of the Afghan military and the Taliban’s likely ability to take over major Afghan cities,” the report continued.

Meanwhile, a Marine commander, Lt. Col. Stu Scheller, reports that he was relieved for cause after posting a viral video that called on the military’s top brass to show ‘accountability’ for their disastrous handling of the Afghanistan exit.

“People are upset because senior leaders let them down,” Lt. Col. Scheller said. “And none of them are raising their hands and accepting accountability or saying ‘we messed this up.’”

“Did any of you throw your rank on the table and say ‘hey, it’s a bad idea to evacuate Bagram Airfield, a strategic airbase, before we evacuate everyone.’ Did anyone do that?” he added. “And when you didn’t think to do that did anyone raise their hand and say ‘we completely messed this up?’”

“Potentially all those people did die in vain if we don’t have senior leaders that own up and raise their hand and say ‘we did not do this well in the end,’” he continued.

Lt. Col. Scheller later announced that he was relieved of duty for cause.

“My chain of command is doing exactly what I would do … if I were in their shoes,” Scheller continued . “I appreciate the opportunities AITB command provided. To all the news agencies asking for interviews … I will not be making any statements other than what’s on my social platforms until I exit the Marine Corps.”

The U.S. military’s insistence that military officers not criticize the Commander-in-Chief is in accordance with the UCMJ. However, there is no action being taken at this time against ‘Woke’ soldiers who push radical causes on their social media outlets in violation of military code.

When it comes to U.S. military justice, all the troops are all equal. But some troops are more equal than others.