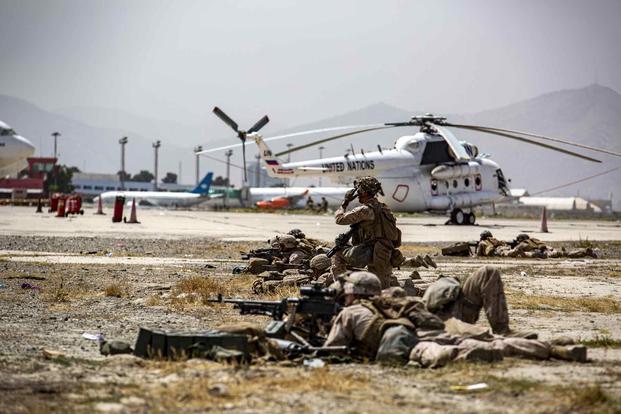 As 13 U.S. service members received the dignified transfer of their coffins at Dover Air Force Base, the nation is still grieving and seeking out answers on how such a security debacle could have taken place.

On Thursday, the State Department sent out an alert to Americans and Afghan allies to stay away from the airport, due to credible, specific threats. It provided details that match the horrific suicide attack that was to come.

“The US Embassy in Kabul sent out an alert early Thursday, Afghanistan time, telling US citizens not to travel to the airport ‘because of security threats outside the gates’,” the New York Post reported.

“Senior US officials told the Associated Press that the warning was related to specific threats involving ISIS and potential vehicle bombs,” the report added. “The State Department security alert also told Americans who where at three specific airport gates to ‘leave immediately,’ without further explanation.”

“Because of security threats outside the gates of Kabul airport, we are advising U.S. citizens to avoid traveling to the airport and to avoid airport gates at this time unless you receive individual instructions from a US government representative to do so,” the statement read.

“US citizens who are at the Abbey Gate, East Gate, or North Gate now should leave immediately,” it added. 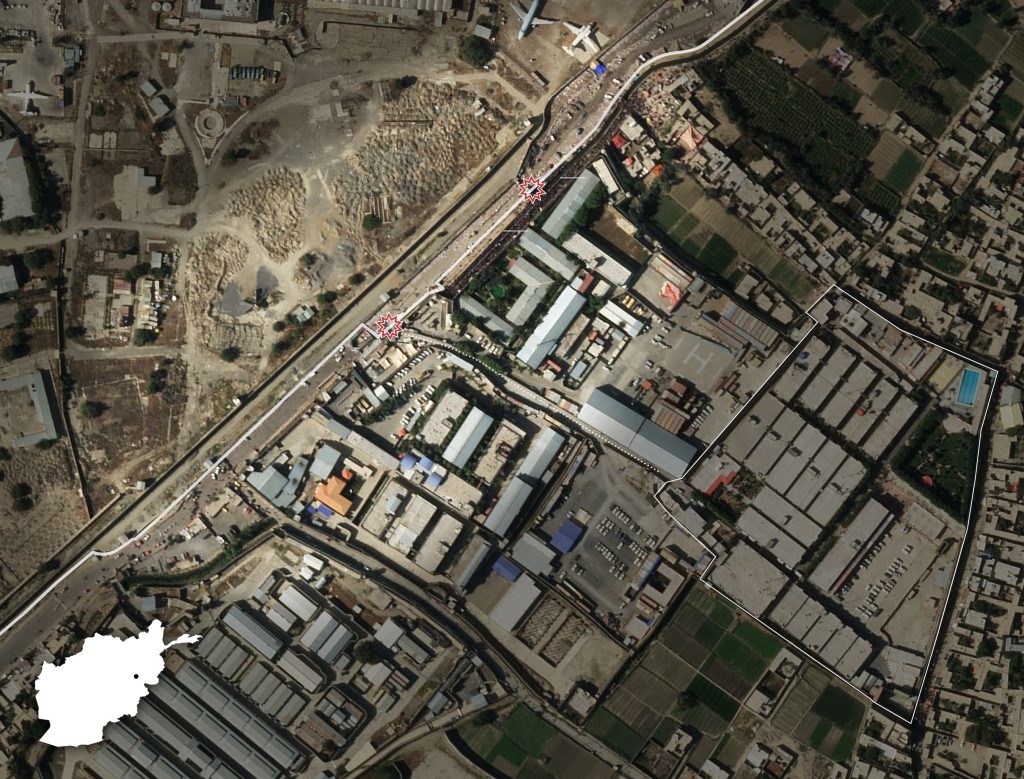 The State Department’s threat assessment about potential suicide bombers matched in regards to location, but not according to the bomb delivery, according to Associated Press reports.

“The Islamic State terror group claimed responsibility for the ‘martyrdom attack’ that involved two suicide bombers who detonated explosive belts at the airport’s gate,” the report continued. “At least 95 Afghans were killed and more than 100 wounded in the blasts,” it added.

But adding to these reports are now testimonials from military members who say that they had received chatter that the deadly bombing was imminent on Thursday, but the military commanders did nothing about it.

“Military personnel claims US commanders were aware of Afghan suicide bomber with plenty of time beforehand, had reportedly even identified the guy and the type of explosive device, but did nothing,” the military source Raid Team Co. said on Instagram. “Marines, sailors, and soldiers died as a result.” 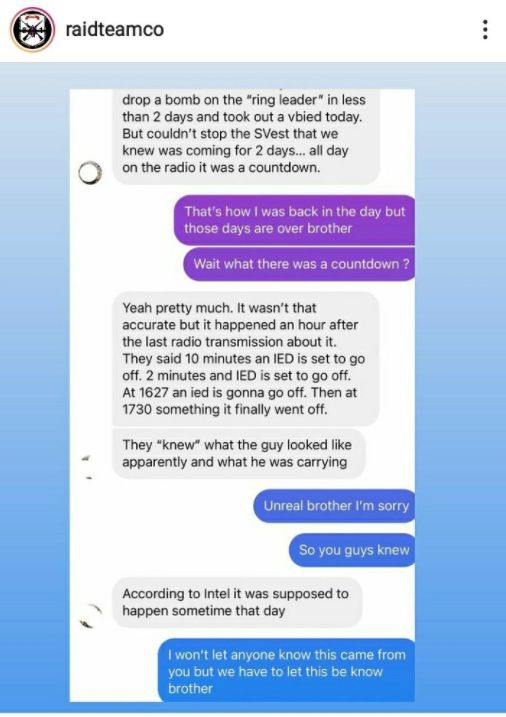 They “couldn’t stop the SVest (suicide vest bomber) that we knew was coming for 2 days… all day on the radio it was a countdown,” the military member said. (The names have been redacted to protect their identities.)

“That’s how I was back in the day but those days are over brother,” another responded. “Wait what there was a countdown?”

“According to intel it was supposed to happen sometime that day,” the military member added.

“I won’t let anyone knew this came from you but we have to let this be know(n) brother,” the respondent said.

The text message exchange underscores the reactionary nature of the military withdrawal. The 13 military troops that were posted at Kabul airport were put into a ‘no man’s land’ between Taliban checkpoints, ISIS suicide bomber threats, and an evacuation of American civilians and Afghan allies.

They ranged between ages 20 and 25 years of age and came from all parts of America. They belonged to the U.S. Marines, the U.S. Navy, and the U.S. Army. On Sunday, the slain heroes arrived home at Dover Air Force Base. Their families were awaiting them.

The fallen U.S. servive members were the first casualties in the wartorn nation in 18 months. The Kabul attacks marked the worst loss of American lives in Afghanistan in over a decade.