Major League Baseball is taking the divisive step of weighing in on the political hot-button issue of America’s elections.

MLB has now become the latest multi-billion-dollar business to make it clear that it believes it knows what is best for the American people, rather than the elected representatives of state governments.

Today, MLB announced it was pulling the All-Star Game from Atlanta. The following statement was issued by Major League Baseball Commissioner Robert Manfred. 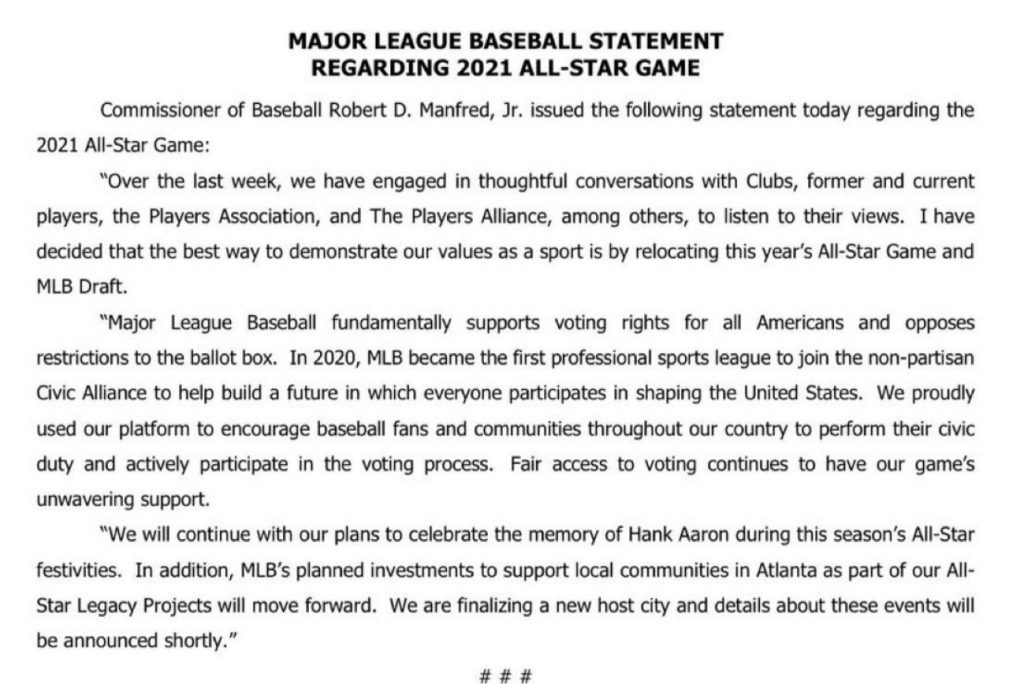 “Over the last week, we have engaged in thoughtful conversations with Clubs, former and current players, the Players Association, and the Players Alliance, among others, to listen to their views,” the statement read.

“I have decided that the best way to demonstrate our values as a sport is relocating this year’s All-Star Game and MLB Draft,” Manfred said. “Major League Baseball fundamentally supports voting rights for all Americans and opposes restrictions to the ballot box.”

“In 2020, MLB became the first professional sports league to join the non-partisan Civic Alliance to help build a future in which everyone participates in shaping the United States,” the statement continued. “We proudly used our platform to encourage baseball fans and communities throughout our country to perform their civic duty and actively participate in the voting process. Fair access in voting continues to have our game’s unwavering support.”

“We will continue with our plans to celebrate the memory of Hank Aaron during this season’s All-Star festivities,” the staement concluded. “In addition, MLB’s planned investments to support local communities in Atlanta as part of our All-Star Legacy Projects will move forward. We are finalizing a new host city and details about these events will be announced shortly.” 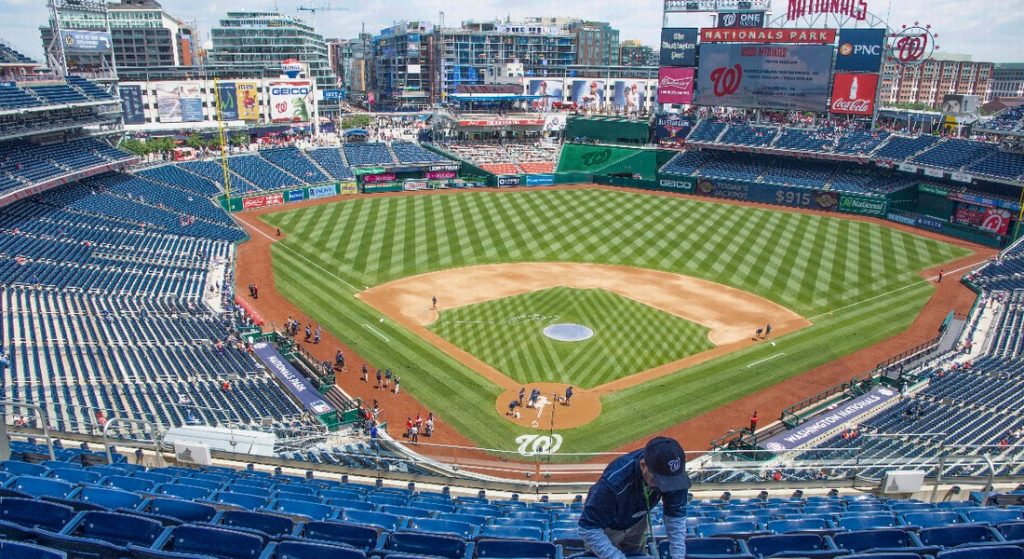 The heated claims equating the Georgia election laws are tantamount to voter suppression hinge on whether or not voter ID requirements constitute a discriminatory practice to intentionally reduce voter turnout by likely Democratic voters, rather than an attempt to improve election security at the ballot box.

It turns out that there is virtually zero data evidence to support the claim that voter ID laws reduce election turnout.

It is even worse that MLB’s statement makes divisive, evidence-free claims; it is blatantly hypocritical.

According to the Brennan Center for Justice, 11% of Americans do not have a current, unexpired government-issued ID with a photograph, such as a driver’s license or photo ID. According to Pew Research, 19% of Americans currently lack cell phones.

Nonetheless, Major League Baseball stadiums ofter require photographic IDs, mobile tickets, and even proof of vaccination record or negative COVID test results to enter. In New York, there is even an Excelsior Pass to track those who have received vaccines, which may be used by businesses such as Major League Baseball to obstruct people’s access to their establishments. 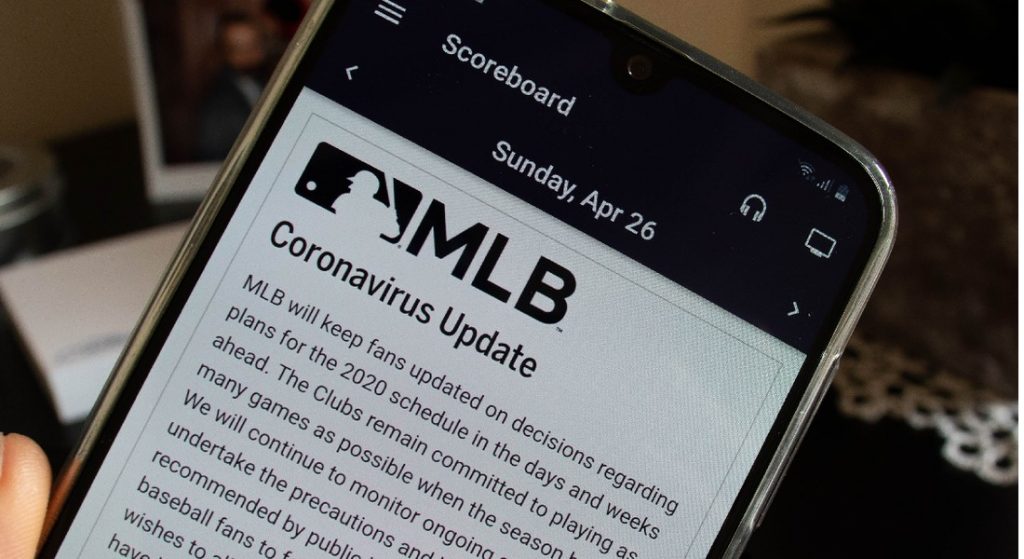 The following are the current requirements of those seeking to enter Citi Field, home of the New York Mets.

“Stadium access will require proof of either a full vaccine (two doses of the Pfizer or Moderna vaccines, or one dose of Johnson & Johnson), or proof of a negative PCR or antigen (rapid test),” the MLB website states. “Paper tickets will not be accepted; all tickets will be delivered via the MLB Ballpark app on mobile devices.”

Such facts do not comport with Major League Baseball’s politically divisive claims that the Georgia election laws disproportionately impact voters any more than their own policies.  Photographic voter IDs would not even be necessary to vote in Georgia, and changes to the law even expands access to vote in some ways for Georgia voters.

“The law also does away with the signature-matching system Georgia used to use to check the identities of absentee voters,” local affiliate ABC 17 notes. “Instead, voters will have to provide their Georgia driver’s license number, the number on their state identification card, or the last four digits of their Social Security number. If they don’t have any of that, they can provide one of several alternative forms of identification, such as a copy of a utility bill, bank statement or government check.” 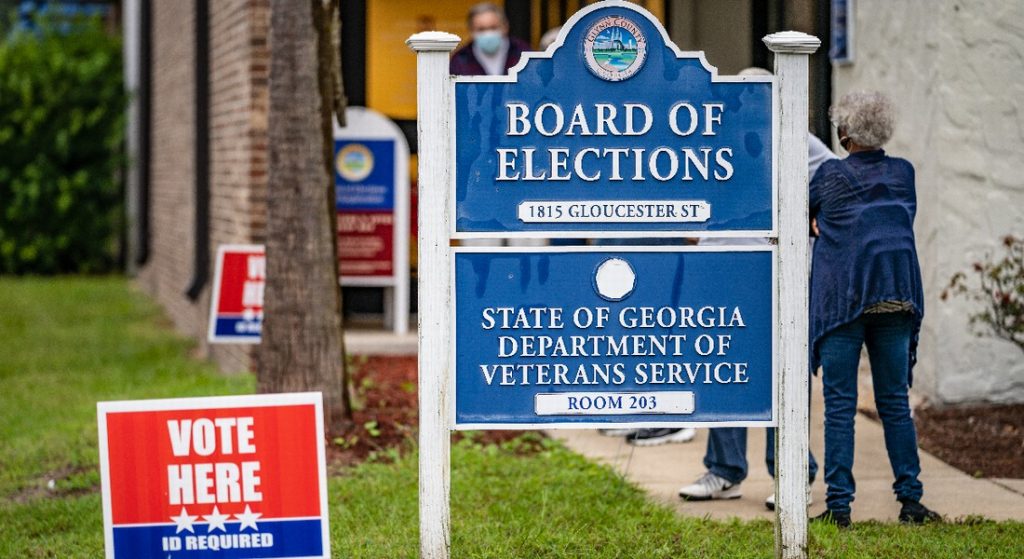 Despite the claims by numerous Democratic Party critics characterizing the Georgia election integrity laws as a new “Jim Crow” system, even the Washington Post’s fact-checker Glenn Kessler was compelled to set the record straight.

“On Election Day in Georgia, polling places are open from 7 a.m. to 7 p.m., and if you are in line by 7 p.m., you are allowed to cast your ballot. Nothing in the new law changes those rules,” the Washington Post reported. “However, the law did make some changes to early voting. But experts say the net effect was to expand the opportunities to vote for most Georgians, not limit them.”

“One of the biggest changes in the bill would expand early voting access for most counties, adding an additional mandatory Saturday and formally codifying Sunday voting hours as optional,” said Stephen Fowler of Georgia Public Broadcasting. “Counties can have early voting open as long as 7 a.m. to 7 p.m., or 9 a.m. to 5 p.m. at minimum. If you live in a larger metropolitan county, you might not notice a change. For most other counties, you will have an extra weekend day, and your weekday early voting hours will likely be longer.”

Former Georgia gubertnarial candidate Stacey Abrams, who never fully conceded her election loss, has become one of the most vocal claimants of voting suppression.

From passage of the #SB202 voter suppression bill targeted at Black and brown voters to the arrest of a Black legislator who was advocating for the voting rights of her constituents, today was a reminder of Georgia’s dark past. We must fight for the future of our democracy #gapol pic.twitter.com/IZWZGAX9RT

“From passage of the #SB202 voter suppression bill targeted at Black and brown voters to the arrest of a Black legislator who was advocating for the voting rights of her constituents, today was a reminder of Georgia’s dark past,” Abrams claimed. “We must fight for the future of our democracy.”

But there are few changes to the absentee ballot timeframe that would prevent a voter from getting a ballot cast before Election Day.

“State and local governments are now prohibited from sending out unsolicited absentee ballot applications,” the report added. “(Because of the pandemic, Raffensperger had applications sent out to all active registered voters for the June 2020 primary.) And third-party groups can face financial penalties if they mail applications to people who have already applied for a ballot.”

Major League Baseball is not the only big business seeking to thwart the will of the people in Georgia’s politics.

“For two weeks, Delta Air Lines and Coca-Cola had been under pressure from activists and Black executives who wanted the companies to publicly oppose a new law in Georgia that makes it harder for people to vote,” the New York Times noted. “On Wednesday, six days after the law was passed, both companies stated their ‘crystal clear’ opposition to it.”

A survey of 1,000 likely voters conducted by Rasmussen research published on March 17 shows that 75% of likely voters support the requirement of photo identification before being permitted to vote in U.S. elections. That includes 69% of Black voters — statistically similar to Other Non-White voters and White voters.

"Should voters be required to show photo identification such as a driver’s license before being allowed to vote?"

“A new Rasmussen Reports national telephone and online survey finds that 75% of Likely U.S. Voters believe voters should be required to show photo identification such as a driver’s license before being allowed to vote,” the poll states. “Only 21% are opposed to such a requirement.”

“Thirty-six states have enacted some form of voter ID law, but those laws would be nullified if the Senate approves H.R. 1, which passed the House on a party-line vote,” Rasmussen notes. “Critics say H.R. 1 ‘would force states to allow anyone to vote who simply signs a form saying that they are who they claim they are’.”

“Support for voter ID laws has actually increased since 2018, when 67% said voters should be required to show photo identification such as a driver’s license before being allowed to vote,” the report constnued. “Eighty-nine percent (89%) of Republicans support voter ID requirements, as do 60% of Democrats and 77% of voters not affiliated with either major party.”

The Office of the Commissioner of Major League Baseball can be reached at 212-931-7800. The mailbox is currently full. Attempts made to reach MLB press for comment were not responded to at the time of publication, but will be updated with response if forthcoming.