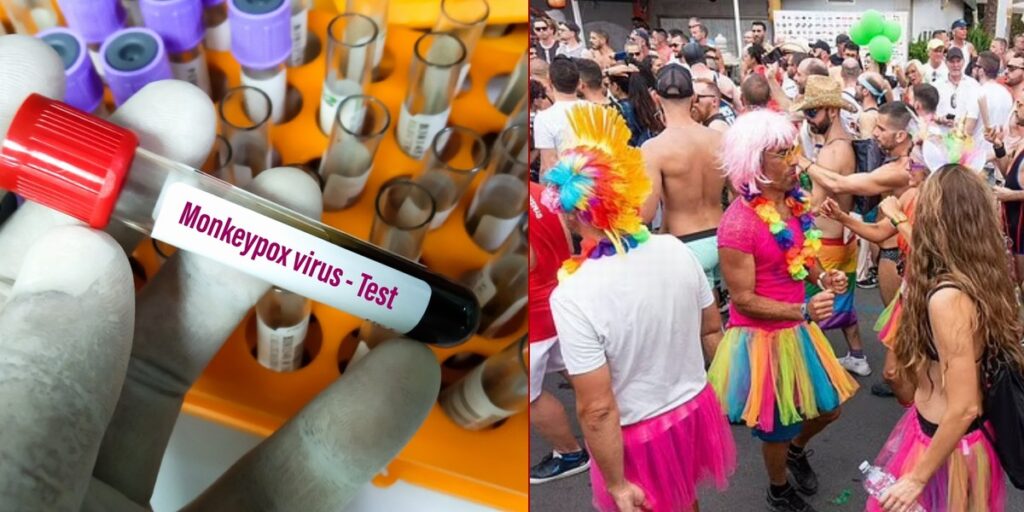 The first mandatory quarantine for monkeypox has been introduced in Belgium, which recently hosted a massive gay pride and fetish festival attended by an estimated 80,000 people in Antwerp.

“Those infected with the monkey pox virus must be in isolation for 21 days,” the Dutch publication Standaard reported. “Not high-risk contacts, but they’re best watching over any symptoms. In the meantime, virologist Marc Van Ranst wants to investigate whether the virus can spread airborne.”

Belgium recently hosted the Gran Canaria pride festival, which has been labeled a monkeypox ‘superspreader’ event after attendees from multiple nations appear to have spread the virus worldwide.

“The Gran Canarian pride festival attended by 80,000 from Britain and across Europe is being investigated after being linked to numerous monkeypox cases in Madrid, Italy and Tenerife,” the Daily Mail reported.

“Held between May 5 and May 15, Maspalomas Pride attracts visitors from across the continent,” the report continued. “It was attended by people who have tested positive for the monekypox virus afterwards, with public health services from the Canary Islands now investigating the any links between the cases and the LGBT+ celebrations.”

“Among the 30 or so diagnosed in Madrid, there are several who attended the event, although it is not yet possible to know if one of them is patient zero of this outbreak or if they all got infected there,” a health source told El País.

The World Health Organization on Friday announced that monkeypox has been found in 11 countries that “normally don’t have the disease.”

#Monkeypox has so far been reported from 11 countries that normally don't have the disease. WHO is working with these countries & others to expand surveillance, and provide guidance.
There are about 80 confirmed cases, and 50 pending investigations. More likely to be reported. pic.twitter.com/YQ3pVJVNVQ

The WHO had counted 80 confirmed cases and had 50 pending investigations at that point.

As reported earlier, the influential global security organization known as the Nuclear Threat Initiative published a wargame document in March 2021 that specifically predicted a monkeypox outbreak in May 2022.

“In March 2021, NTI partnered with the Munich Security Conference to conduct a tabletop exercise on reducing high-consequence biological threats,” the conference paper read. “The exercise examined gaps in national and international biosecurity and pandemic preparedness architectures—exploring opportunities to improve prevention and response capabilities for high-consequence biological events. This report summarizes the exercise scenario, key findings from the discussion, and actionable recommendations for the international community.”

“As part of the scenario development process, NTI conducted a virtual consultation with experts in December 2020,” NTI adds.

The monkeypox outbreak coincides with an aggressive push for the World Health Organization to accrue vast new powers, including the authority to unilaterally declare “pandemics” that would compel signatories to enact measures, including vaccine mandates.