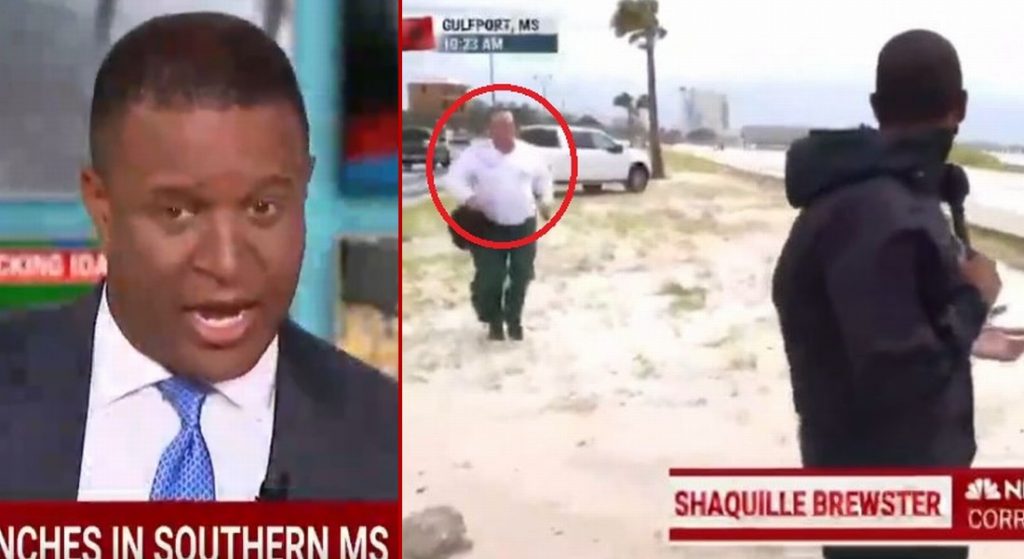 Life is already tough enough for a budding young reporter being sent out to cover a hurricane live. But a recent episode on MSNBC shows that irate locals are adding to the job hazard.

NBC News Correspondent Shaquille Brewster drew the shortest straw and was sent out to Gulfport, Mississippi to report on Hurricane Ida, which has already caused massive flooding throughout the Eastern seaboard.

During his life broadcast, a pissed-off local apparently saw the MSNBC logo, stopped what he was doing, jumped out of his white extended cab pickup truck, and decided to ‘charge.’

Brewster, being the savvy young correspondent, pivoted towards the beach, as he related that it wasn’t his first rodeo with angry residents.

“The rain has stopped, the wind is still going there, I think we even have a random person going around,” he said. “You know, I’m going to turn this way because, you know, we deal with some people every once in a while.”

After Brewster continued with his report the best he could, he decided it was time to pull the plug on the segment.

“Craig, I’m going to toss it back to you because we have a person who needs some help right now,” Brewster said. The man then got right into his face and grabbed the mic. Of course, that kind of behavior is unwarranted.

It wasn’t the only wild scene from Hurricane Ida and it’s aftermath. In Moss Point, Mississippi it turned into a real goat rodeo. 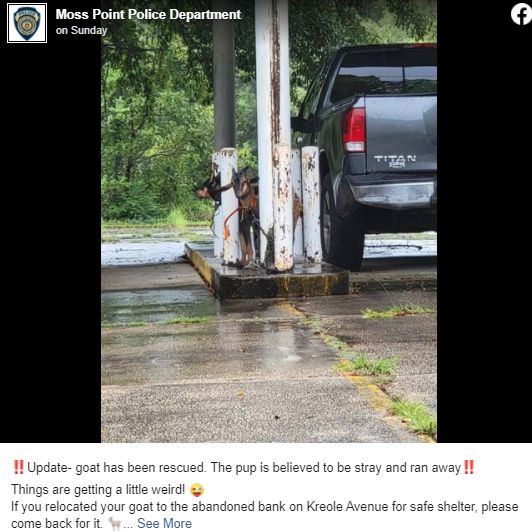 “Things are getting a little weird,” the local police department wrote. “If you relocated your goat to the abandoned bank on Kreole Avenue for safe shelter, please come back for it.”

“If you are the owner of a grey Nissan Titan at same location, goat is eating your bumper,” the police added. “Please come move your vehicle.”

It wasn’t just goats and dogs in harm’s way, an apartment building all the way in New York City got flooded.

This is an apartment in NYC right now during the flooding 🤯 pic.twitter.com/nzsixe9tiU

Hurricane Ida was one of the worst storms in 2021. It also proved to be  the tipping point for at least one angry citizen, as the entire nation continues to be put on edge.