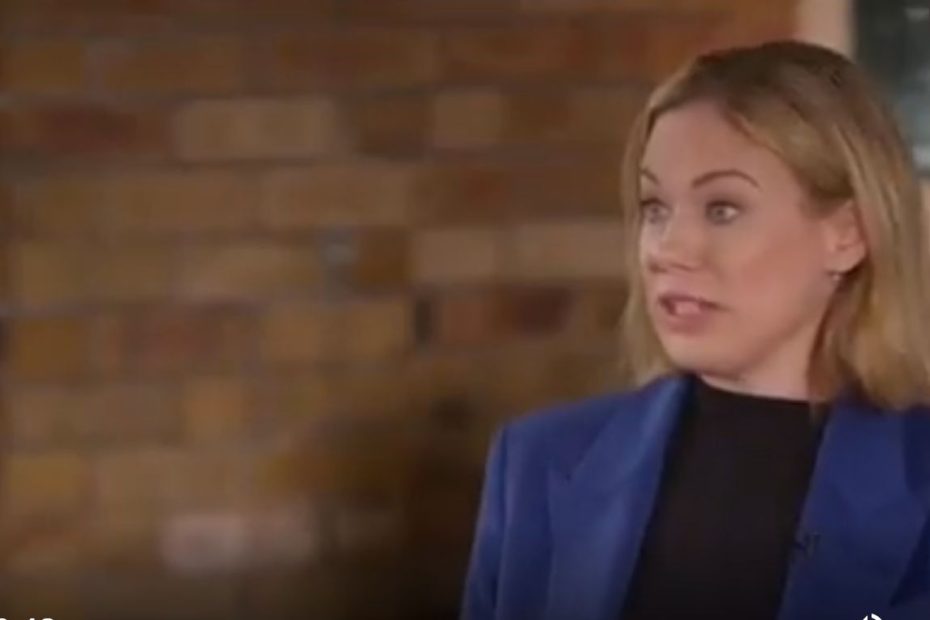 This may be the best thing you see all day. Watch as a reporter gets totally owned by Pro-Trump voters from Pittsburgh in a segment that quickly derails for MSNBC.

“[Doug] Mastriano was at the insurrection and he was photographed breaching one of the restricted area,” the reporter asked. “Is that okay?”

“Which area?” one fired back. “Because I saw video where capitol officers were taking away barriers and unlocking doors, opening doors…”

“They opened the gates,” another chimed in.

“So it shouldn’t be disqualifying for an elected official,” the guest continued. “No, that’s if they participate in January 6th.”

“He didn’t, he didn’t strike anybody,” another objected. “He didn’t hurt anybody.”

“And the only one that died was a protestor there, not a capital…” one spoke up.

“Which, that’s the only one that died,” a guest said.

“That’s the only one who died,” a panelist insisted.

“A police officer did die,” the MSNBC host claimed.

“No,” a guest corrected her.

“It was a stroke,” another correctly said, obviously about the late Officer Brian Sicknick.

” That’s because he shouldn’t have been a police officer,” another argued.

“So what do you make though, overall of January 6th?” the MSNBC host asked. “I mean, it was, watching that footage, it was pretty disturbing. I mean there were people throwing excrement at the walls and it was our, you know, it’s the capital.”

“It looked a lot like Antifa’s actions,” one panelist objected.

“Except on a much smaller scale,” another added. “It looked the same as the Black Lives Matter riots.”

“That’s what I saw, the similarities around it…”

“But, so it’s okay,” the MSNBC host objected. “Just because, just because one side that disagree with…”

“Anybody who harmed anybody, anybody who caused property destruction, that needs to be dealt with,” a panelist said. “But if you’re there making your voice heard at the People’s House, no less. That’s again, it’s a fundamental constitutional right of an American citizen. And people should not be being held political prisoner because of it.”

“It was an actual fiery, but mostly peaceful protest,” a guest said, referring ironically to the BLM riots. “And the other ones that…”

“Was the protest legitimate in your eyes?” the MSNBC reporter asked.

“This administration, I feel like, is using it as their Reichstag fire,” the Trump voter argued. “Yeah, that’s exactly what they’re using it as. ”

In another segment, MSNBC gets into the role President Trump allegedly played on January 6.

“Do you think that President Trump could have quelled the violence that day?” the host asked.

“Not him personally,” one panelist replied.

“It started while he was still speaking,” one woman said. “I was actually there. I was there to see what I thought was going to be the last time I ever saw Trump…”

“So did he tell everybody to go and start rioting?” a fellow panelist asked.

“I didn’t think so,” the woman remarked.

“No. And it actually I stayed for the whole speech, like a ton of people did,” she went on. “And then we all headed to the capitol ’cause he said, Let’s go to the capitol and, and peacefully…”

“And peacefully make our voices heard,” she said. “We get to the capital, we’re like, What the hell’s going on? ‘Cause it had already happened.”

“I’m pretty sure I saw Democratic operatives instigating people to cross the barrier,” one man said.

The pro-Trump panelist may have been referring to Ray Epps, who was caught in video instigating the rioters, but inexplicably hasn’t been charged.

As reported earlier, the FBI and ATF had a combined twenty agents working the January 6 riots, but they completely failed to secure the capitol from infiltration.