Drama queens don’t typically like it when they are out-drama’d. For Congresswoman Alexandria Ocasio-Cortez, she has had free reign to weave whatever emotionally manipulative webs she likes without a peep of pushback from the Republicans in her crosshairs.

Enter Nancy Mace. The South Carolina freshman is not content to watch AOC smear police officers with suggestive comments or overly dramaticize her experience at the Cannon building during the Capitol building’s siege on January 6th.

Mace drew AOC’s ire by calling her out for her masterclass in self-promotional victimhood for a recent livestream:

.@AOC describes a Capitol Police officer bursting into her office, says his presence “didn’t feel right” and that he was looking at her “in all of this anger and hostility.” Her staffer reportedly wondered if he would have to fight the officer. pic.twitter.com/LCj2JmmFP6

“Hide, hide, run and hide,” she recounts one of the staffers allegedly telling her.

They allegedly hid in a bathroom for about six hours in Katie Porter’s office.

“I hope I get to be a mom,” Porter claims Ocasio-Cortez said. “I hope I don’t die today.”

According to a New York Times timeline, the first breach was about 2 p.m. and the Sergeant-at-Arms declared the Capitol building secure around 5:16 p.m. This is considerably less than six hours.

Furthermore, she raised eyebrows by attempting to tie a Capitol police officer’s rescue to her own reported experience with trauma.

Rep. Ocasio-Cortez also wondered if she was projecting “something onto him,” but she claims that a staffer echoed her sentiments.

“We couldn’t tell, we couldn’t read if this was a good situation or a bad situation,” she said. “Like so many other communities in this country, just that presence doesn’t necessarily give you a signal if you’re safe or not. So the situation did not feel ok.”

More holes in AOC’s story began to arise. Where exactly was she? In the Capitol building proper or in an adjacent building where there were no known protesters? Nancy Mace provided some clarity.

“My office is 2 doors down,’ Mace tweeted after the video’s release, referring to AOC’s location. “Insurrectionists never stormed our hallway.”

.@AOC made clear she didn’t know who was at her door. Breathless attempts by media to fan fictitious news flames are dangerous.

My office is 2 doors down. Insurrectionists never stormed our hallway. Egregious doesn’t even begin to cover it. Is there nothing MSM won’t politicize? pic.twitter.com/Tl1GiPSOft

This exposure was clearly embarassing for Ocasio-Cortez, who became the focus of articles picking apart her story.

Ocasio-Cortez then did something that is being lost in the current banter about this feud: She sought to weaponize her followers and get Big Tech to silence Mace. Here is an excerpt from a Team AOC email that Jen Van Laar reported:

We need your help. Here’s what you can do — to help us combat this campaign of disinformation and others in the future:

Scan your social media to find posts with this misleading information, especially those using the trending hashtag. Don’t tweet any hashtags yourself, because we don’t want to spread them further!

Identify any posts that are threatening or harassing and use the built-in report features to flag them for moderators. Facebook and Twitter both have built in tools for reporting posts and tweets that break the rules.

The sad thing is that a lot of damage has already been done. People have already been misled and radicalized. They believe the lies to a point where their hatred could someday boil over into violence. This is exactly what led to thousands of enraged rioters storming the Capitol building on January 6th.

AOC is such a victim.

Nancy Mace then took to cable media to refute AOC’s spin. She doubled down in one Fox News appearance.

“She lost it today, she doesn’t deal in reality,” Mace claimed. “I think it’s important that we take members to task when they’re not being honest with the American people. This division is hurting our country.”

“I’m not going to discount the trauma,” Mace continued, “But at no time were there rioters at our doors banging to get in.”

Mace also released a fundraising email because she was taking a stand against the radical Democratic representative.

Rep. Nancy Mace is now fundraising off of her false insinuation that Rep. Alexandria Ocasio-Cortez falsely said there were insurrectionists in their office hallway. (My fact check is here: https://t.co/6FFoJ76y6z) pic.twitter.com/zktGxRrRRJ

“Today I want you to join me and the many throughout our country who are saying ENOUGH IS ENOUGH to AOC’s latest theatrics. Will you chip in today to help me spread the word?” the email read.

“I believe we need to stop this drama and get this house (the House of Representatives) in order, and we need to do it now.”

CNN’s Jake Tapper then came to AOC’s rescue with a questionable “fact check.”

.@RepNancyMace fundraising off the false smear that @AOC misrepresented her experience during the insurrection. She didn’t. Disappointing to see Mace do this. More on the smear, which has been fact checked, here: https://t.co/8DiNozVTIj pic.twitter.com/dsVfoSxmtO 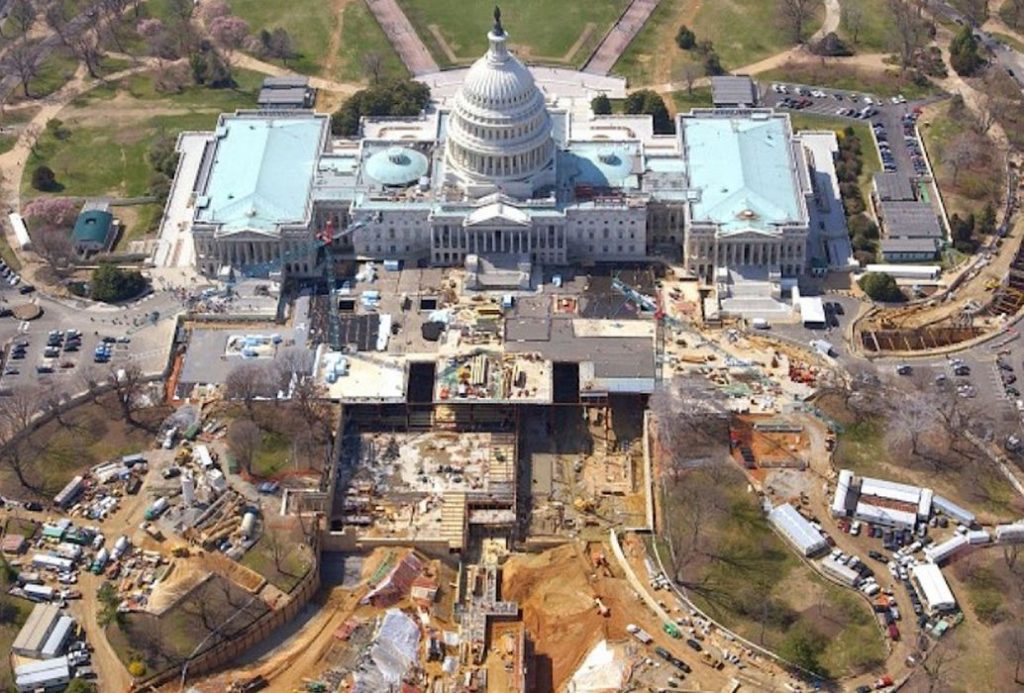 Image credit: Architect of the Capitol

AOC then feigned getting the vapors that Mace would use a fundraising email to support calling out AOC for her shaky story.

Well, it’s good to know what kind of person she is early. Also good to know that Mace is cut from the same Trump cloth of dishonesty and opportunism.

Sad to see a colleague intentionally hurt other women and survivors to make a buck. Thought she’d be better. https://t.co/CcVxgDF6id

“Pretty horrible,” she tweeted. “Well, it’s good to know what kind of person she is early. Also good to know that Mace is cut from the same Trump cloth of dishonesty and opportunism. Sad to see a colleague intentionally hurt other women and survivors to make a buck. Thought she’d be better.”

This cuts to the chase: Are Republicans also victims in the Capitol siege, or just AOC and those of her political persuasion? And what is wrong with Nancy Mace wanting to be re-elected?

It’s not like Ocasio-Cortez has ever fundraised off of anything unsavory like defending Rep. Ilhan Omar’s anti-semitic remarks. And her former chief of staff also certainly knew how to “make a buck”; he reportedly “funneled over $1 million in political donations into two of his own private companies.”

The bottom line is that we probably wouldn’t be debating this right now if AOC hadn’t suggestively thrown shade on a Capitol police officer who was coming to make sure she was not a victim on January 6th.

Instead of playing up their victimhood, Congress members should be showing gratitude to the police officers who helped make sure they weren’t the real victims on that harrowing day. Those would be the people who died in the riot and the American people who are losing freedom in the reactionary aftermath.