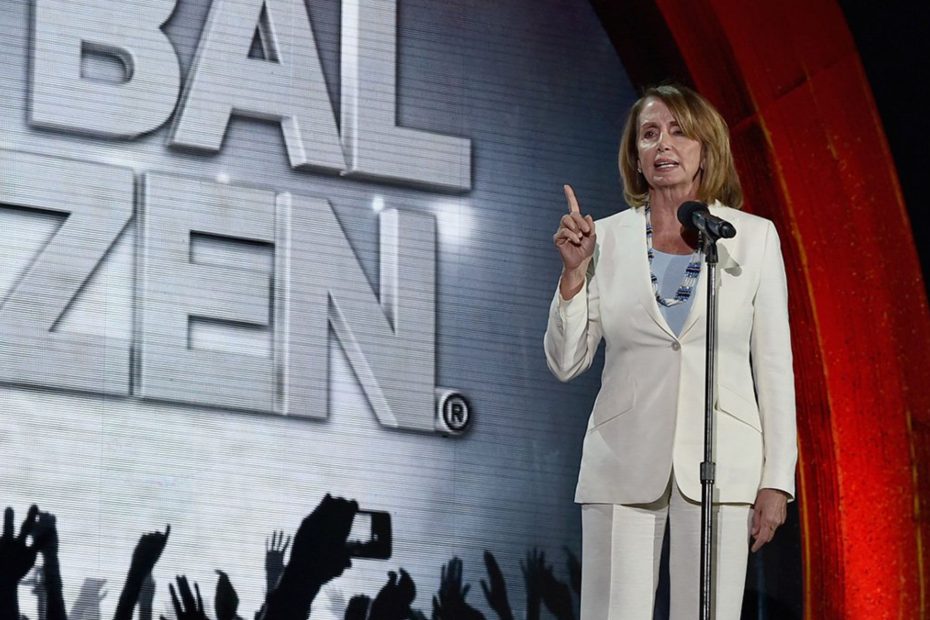 Nancy Pelosi made a ‘surprise’ appearance at a New York City music festival on Saturday and was booed mercilessly, as shown by numerous videos shown on social media.

According to Fox News reporting, Speaker Pelosi took to the stage of NYC’s Global Citizen music festival where she was booed many people in the audience, videos on social media appear to show.

Priyanka Chopra Jonas, who is married to singer Nick Jonas, introduced Pelosi, who then began spouting propaganda about carbon pollution and climate change.

“As speaker of the house, I am here to thank you for your dazzling advocacy, entrepreneurial thinking, and determination as global citizens,” she told the crowd.

“It’s thanks to your help that the United States recently enacted historic climate legislation, which will be a game changer,” she added, being drowned out by the crowd. “It will slash carbon pollution by 40% by 2030, it will give a historic, an historic $370 billion to fight the climate crisis.”

It should be noted that Speaker Pelosi was referring to the so-called “Inflation Reduction Act,” which is a green slush fund for Democratic Party allies. It was passed while deceiving the public about the aim of the legislation. Inflation was so unfazed by the measures that the Federal Reserve recently increased base interest rates, causing even more pain for taxpayers ahead of the midterm elections.

***Support Becker News and Mike Lindell — use code BECKER at MyPillow.com and get up to 66% off!***

Heavy hitters like Mariah Carey, Metallica, The Jonas Brothers and Usher performed at the festival.

The social media videos make it clear that the Central Park Manhattan crowd in attendance for the Global Citizen music festival were not pleased by her politicking during the event.

@JackPosobiec I was at the global citizen festival in Central Park Manhattan, and they brought Nancy Pelosi out and she got heavily booed. 😂 pic.twitter.com/MFT77wbWaT

The Global Citizen concert is an outstanding example of how the Culture Industry props up the Democratic Party. But the radicalized party has become so toxic with its constant propaganda that even the heavily liberal crowd in Manhattan is tired of it. Politics fatigue is real, and it bodes ill for a desperate party that is willing to pull out all the stops to mobilize its base ahead of an expected midterm elections bloodbath.