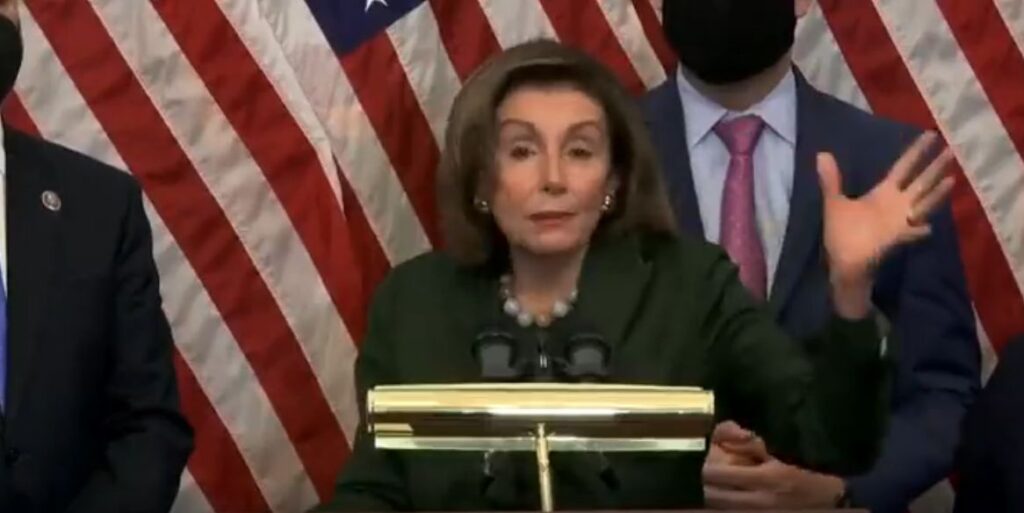 Maybe Happy Hour was a little too happy for Nancy Pelosi on Wednesday, but for whatever reason the Speaker of the House doesn’t seem to have a clue what country Russia is poised to invade. Watch:

“If you look at the map and you see Hungary and you see how it is encircled…” Pelosi said before droning on. “Russia, Belarus, Crimea — which they have taken over by, you know, it’s still a danger now to Ukraine — and then you see Poland and Romania and all of those countries just abutting it, that’s Russian influence.”

It’s not clear if Pelosi was having a flashback to the Cold War, but Hungary is not really under threat of Russian invasion so far as anyone else knows. But maybe Pelosi would like to share whatever knowledge she picked up while having cocktails with her Capitol Hill pals.

On Tuesday, Resident Biden made a number of remarks on the Russia-Ukraine conflict that had political observers scratching their heads.

“As we respond, my administration is using every tool at our disposal to protect American businesses and consumers from rising prices at the pump,” Biden said. “As I said last week, defending freedom will have costs for us as well and here at home.”

But Americans don’t want to pay the price for freedom abroad — especially when they’re not even getting freedom at home. Biden also claimed he has no interest in fighting Russia, even if it would conveniently distract some from his failed agenda.

“Today, in response to Russia’s admission that it will not withdraw its forces from Belarus, I have authorized the additional movements of U.S. forces and equipment already stationed in Europe, to strengthen our Baltic allies, Estonia, Latvia and Lithuania,” Biden said. “Let me be clear, these are totally defensive moves on our part. We have no intention of fighting Russia. We want to send an unmistakable message, though, that the United States, together with our allies will defend every inch of NATO territory and abide by the commitments we made to NATO.”

Two of the most powerful leaders in the United States are completely out of their league dealing with a menace such as Vladimir Putin. Yet the priority for these American politicians is simple: Defend freedom, stand up to authoritarians, and enforce borders. But first do it at home.

Biden on Russia Conflict: ‘Defending Freedom Will Have Costs for Us as Well and Here at Home’