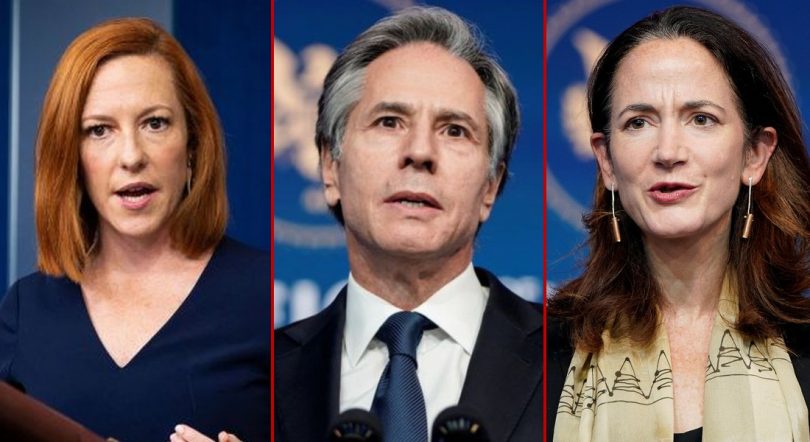 Many of the highest-ranking members of the Biden administration came from the same shadowy firm. It is a relatively new name among revolving-door power brokers in Washington D.C., which makes it all the more surprising.

Founded in 2017, WestExec describes itself as a “diverse group of senior national security professionals with the most recent experience at the highest levels of the U.S. government. With deep knowledge and networks in the fields of defense, foreign policy, intelligence, cybersecurity, international economics, and strategic communications, our team has worked together around the White House Situation Room table, deliberating and deciding our nation’s foreign and national security policies.”

WestExec Advisors gets its name from “West Executive Avenue,” which the official site says is “the closed street that runs between the West Wing of the White House and the Eisenhower Executive Office Building. It is, quite literally, the road to the Situation Room, and it is the road everyone associated with WestExec Advisors has crossed many times en route to meetings of the highest national security consequence.”

At least we can rest easy that it hasn’t been President Joe Biden who has been calling the shots. But a closer look at WestExec Advisers finds that it manages portfolios for some of the biggest companies in the world, drawing concerns about private companies co-opting U.S. security and intelligence policies. However, WestExec does not publicly disclose the names of its clients, only describing them in broad terms.

“The insularity of this network of policymakers poses concerns about the potential for groupthink, conflicts of interest, and what can only be called, however oxymoronically, legalized corruption,” The Intercept/American Prospect noted on WestExec’s influence. “The private sector can in essence co-opt the public sector.”

WestExec has staffed the administration with over 23 of its executives, who have sprawled out across the national security and intelligence apparatus. The Intercept and The American Prospect dug into these profiles, and some of the biggest names in government are among them, including: 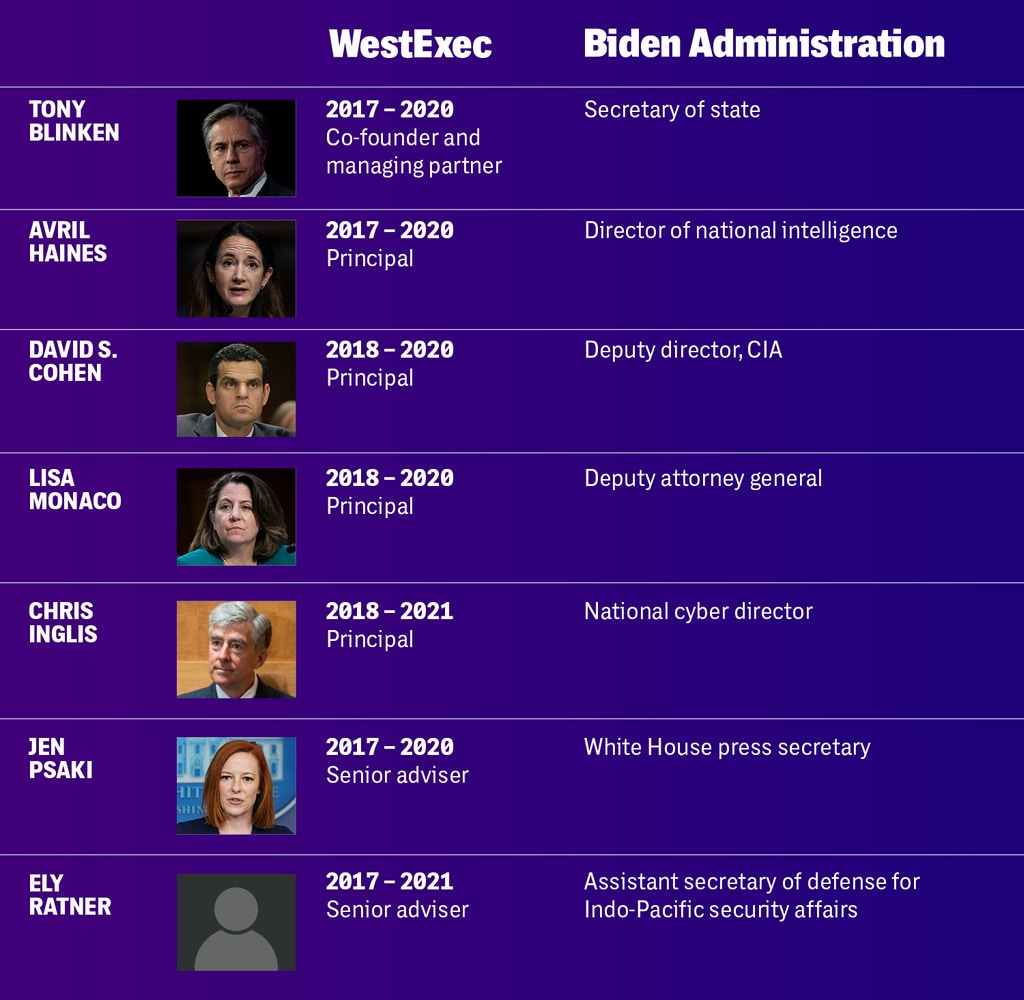 It is an impressive list, as concerning as it might be that one security cabal could singlehandedly consolidate such influence in one presidential administration. But the list isn’t finished yet. 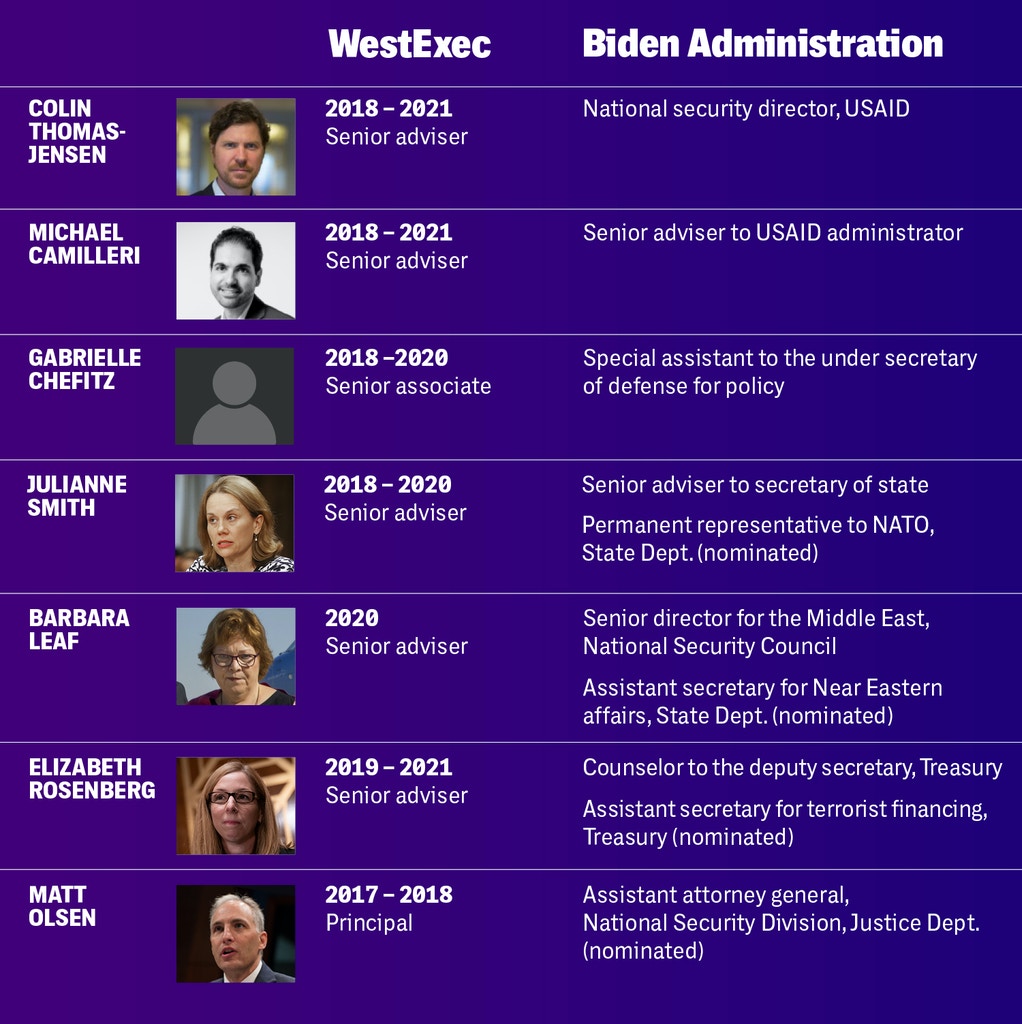 These weren’t all the Biden advisers and Biden/Harris transition team members listed in the report.

Did you think that must be it? Wrong. There are even more in mid-tier positions throughout the administration.

That makes for at least thirty executives from one shadowy firm that has spread its tentacles around a single presidential administration. If that isn’t a ‘takeover’ of the U.S. government, then what is?