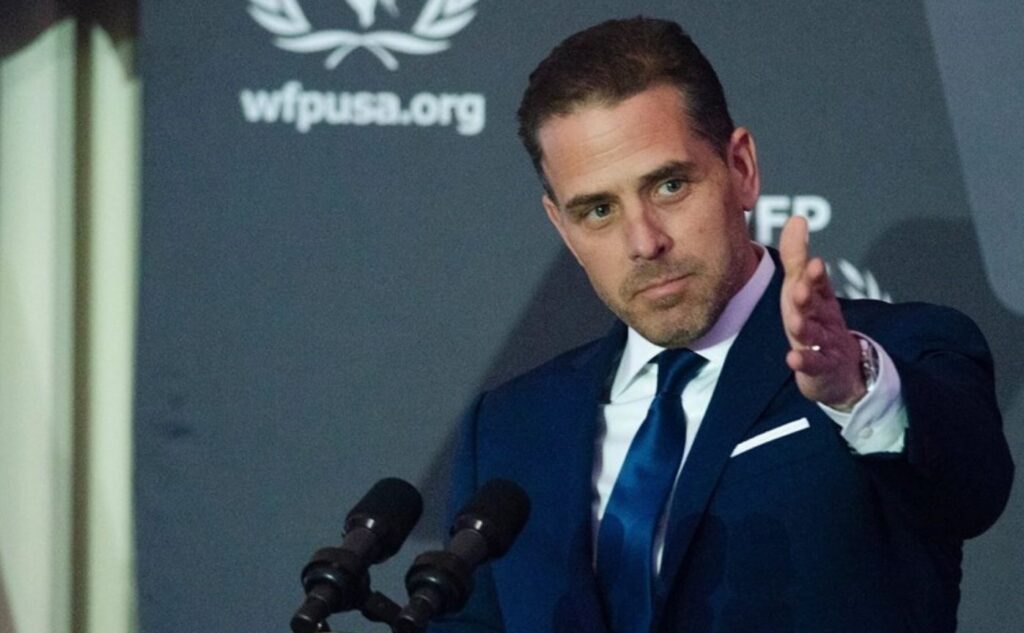 It has now been 259 days — 37 weeks — since July 12, 2021,” MRC’s research director Scott Whitlock notes. “That’s when any of the corrupt network newscasts last uttered the words ‘Hunter Biden.’ Scandal after scandal, nothing seems to shake the determination of the ABC, CBS, and NBC morning and evening news shows to keep the public from knowing about the President’s wayward son and his sketchy financial and foreign dealings.”

“This network silence continued as The New York Times belatedly — but still shockingly — confirmed on March 16, 2022 that Hunter Biden’s laptop is real and not an example of Russian disinformation,” Whitlock writes.

“Twelve days ago, the Times highlighted e-mails it obtained ‘from a cache of files that appears to have come from a laptop that was left abandoned by Mr. Biden in a Delaware repair shop.’ In the nearly two weeks since that concession, the morning and evening newscasts on ABC, CBS and NBC have allowed ZERO coverage, totally censoring the revelation,” he added.

“But that shouldn’t be shocking because you have to go back to July 12, 2021 to even hear the name ‘Hunter Biden’ spoken on a morning or evening newscast,” Whitlock said. “Now, obviously, that was long before the confirmation by The New York Times, but it was the LAST mention.”

Despite the broadcast news networks’ blackout of Hunter Biden coverage, strongly suggesting that they are acting as propaganda arms of the Biden administration, the evidence is becoming disturbingly stark that Hunter Biden, and by extension, the entire Biden family, is involved in a vast network of corrupt business deals that compromise the administration with foreign governments around the globe.

On Monday, Senators Chuck Grassley (R-IA) and Ron Johnson (R-WI) unveiled more documents to add to the pile showing in concrete and extensive detail that Hunter Biden, and his brother James Biden, are involved in business dealings with companies that act as arms of the Chinese Communist Party.

As the Wall Street Journal reported on Monday, the federal tax investigation into Hunter Biden is “gaining momentum as prosecutors gather information from several of his associates about the sources of his foreign income.” The New York Times recently corroborated the authenticity of the reporting prior to the 2020 election that the Hunter Biden laptop and its records are, indeed, authentic. The Times’ report raised the issue of Hunter Biden’s potential criminal exposure for failing to report his actions as a foreign agent of a government under FARA requirements.

Senator Charles Grassley (R-IA) rose on the Senate floor and disclosed new documents that he promised were just a ‘taste’ of what he and his colleague Senator Ron Johnson (R-WI) have in store to demonstrate ‘undeniable’ strong links between the Biden family and the Chinese communist government.

“Hunter Biden and James Biden served as a perfect vehicle by which the Chinese communist government could gain inroads here in the United States through CEFC and its affiliates,” he said. “And these inroads were focused on Chinese advancement into the global and U.S. energy sector. Hunter and James Biden were more than happy to go along, of course, for the right price.”

“In our next speeches we’ll show you more records that haven’t been seen before,” Grassley added. “Records that undeniably show strong links between Biden family and communist China. Today is just a small taste.”

The U.S. media’s deafening silence on the Biden family international corruption scandal is made more damning by the Russian collusion hoax advanced on a near-nightly basis under the Trump administration. These media outlets have chosen to make a break from serving the interests of the American people to providing political cover for a ruling class that is now relentlessly engaging in illegal, corrupt, and unconstitutional activities in broad daylight.