During the Covid-19 pandemic, critics of government proposals to implement privacy invasive technology in a supposed effort to ‘fight the pandemic’ were marginalized as “conspiracy theorists.”

But in the latest exposure of public health officials’ profound gaslighting during the Covid pandemic, it is now openly bemoaned by biomedical coercion proponents that Covid technology was commandeered by law enforcement to expand police state surveillance. The Associated Press has made the critical admission in a brazen article that was published on Friday.

In a chilling fusion of terrorism-porn to titillate right-wing xenophobes as if to sell the Covid-fueled police state as a “feature” and not a “bug,” the AP story is an exemplary case of statist onanism posing as journalism. The story pivots from the capture of a terrorist wanted in Israel for a heinous attack to a recap of the early pandemic days when officials openly advocated for casting a wide digital surveillance net to track the identity, movement, and health conditions of billions of citizens.

“In the pandemic’s bewildering early days, millions worldwide believed government officials who said they needed confidential data for new tech tools that could help stop coronavirus’ spread,” the AP article states. “In return, governments got a firehose of individuals’ private health details, photographs that captured their facial measurements and their home addresses.”

“Now, from Beijing to Jerusalem to Hyderabad, India, and Perth, Australia, The Associated Press has found that authorities used these technologies and data to halt travel for activists and ordinary people, harass marginalized communities and link people’s health information to other surveillance and law enforcement tools,” the piece continues. “ In some cases, data was shared with spy agencies. The issue has taken on fresh urgency almost three years into the pandemic as China’s ultra-strict zero-COVID policies recently ignited the sharpest public rebuke of the country’s authoritarian leadership since the pro-democracy protests in Tiananmen Square in 1989.”

“For more than a year, AP journalists interviewed sources and pored over thousands of documents to trace how technologies marketed to ‘flatten the curve’ were put to other uses,” the story adds. “Just as the balance between privacy and national security shifted after the Sept. 11 terrorist attacks, COVID-19 has given officials justification to embed tracking tools in society that have lasted long after lockdowns.”

“Any intervention that increases state power to monitor individuals has a long tail and is a ratcheting system,” said John Scott-Railton, a senior researcher at the Toronto-based internet watchdog Citizen Lab. “Once you get it, is very unlikely it will ever go away.”

It is exasperating that the Associated Press raises such concerns three years into the Covid-19 pandemic. Serious journalists rang the alarm bells at the very beginning and don’t wait for the smoke to clear to alert citizens of the threat to their civil liberties.

“Covid passports” were one of the most prominent technological measures supported by politicians in cities such as New York, San Francisco, and Los Angeles, predicated on the argument that digital tracking of the “vaccinated” would help to slow the spread of the virus. The Covid passports were widely condemned as an unconstitutional violation of human rights, violating the right to medical privacy, the freedom of movement, and the constitutional right from unreasonable search and seizure. (It later proved to be the case that the medical experts’ assumption the “vaccinated” would not spread the virus was an unreasonable one.)

The AP article turns to China’s Covid Zero policy as the dystopian end point when such pandemic technologies are used for the totalitarian end goal of complete control over society. 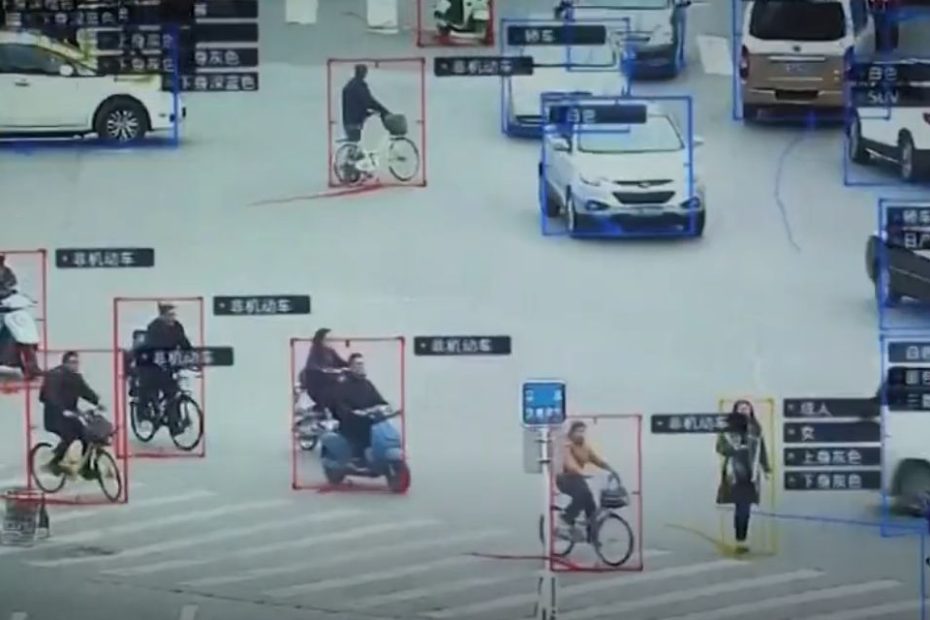 “It’s the governance model, the philosophy behind it is to strengthen social control through technology. It’s strengthened by the health app, and it’s definitely going to stay after COVID is over,” said Yaqiu Wang, a senior researcher with Human Rights Watch. “I think it’s very, very powerful.”

Once “liberal” Western nations such as Australia adopted such Chinese-inspired totalitarian technologies, which yielded only marginal utility for the purported aim of controlling the Covid-19 pandemic.

“But the apps were also used in other ways. Australia’s intelligence agencies were caught ‘incidentally’ collecting data from the national COVIDSafe app,” the AP notes. “News of the breach surfaced in a November 2020 report by the Inspector-General of Intelligence and Security, which said there was no evidence that the data was decrypted, accessed or used. The national app was canceled in August by a new administration as a waste of money: it had identified only two positive COVID-19 cases that wouldn’t have been found otherwise.”

“At the local level, people used apps to tap their phones against a site’s QR code, logging their individual ID so that if a COVID-19 outbreak occurred, they could be contacted,” the story added. ”The data sometimes was used for other purposes. Australian law enforcement co-opted the state-level QR check-in data as a sort of electronic dragnet to investigate crimes.”

No one should be surprised by such revelations. As Thomas Jefferson once observed, “The natural progress of things is for liberty to yield, and government to gain ground.” It is not in the nature of governments to resist the temptation of powerful tools that could be utilized to fulfill its operating principle of social control.

Most disturbing of all is the U.S. government’s bastardization of Covid technology to add to its already impressive repertoire of spy tech and privacy intrusion tools.

“In the U.S., which relied on a hodge-podge of state and local quarantine orders to ensure compliance with COVID rules, the federal government took the opportunity to build out its surveillance toolkit, including two contracts in 2020 worth $24.9 million to the data mining and surveillance company Palantir Technologies Inc. to support the U.S. Department of Health and Human Services’ pandemic response,” the AP reports. “Documents obtained by the immigrant rights group Just Futures Law under the Freedom of Information Act and shared with the AP showed that federal officials contemplated how to share data that went far beyond COVID-19.”

“The possibilities included integrating ‘identifiable patient data,’ such as mental health, substance use and behavioral health information from group homes, shelters, jails, detox facilities and schools,” the report continued. “The U.S. Centers for Disease Control does not use any of that individual-level information in the platform CDC now manages, said Kevin Griffis, a department spokesman. Griffis said he could not comment on discussions that occurred under the previous administration.”

“What the pandemic did was blow up an industry of mass collection of biometric and biographical data,” Shah said. “So, few things were off the table.”

The CDC seized upon “mobility insights” data from at least 20 million devices to “project how much worse things would have been without the bans,” such as stay-at-home orders and business closures. The insights were revealed to the AP in a July 2021 contract obtained by the nonprofit group Tech Inquiry.

CDC spokeswoman Kristen Nordlund said the agency “acquired aggregated, anonymous data with extensive privacy protections for public health research, but did not address questions about whether the agency was still using the data,” according to the AP.

The Associated Press ends with an open-ended question by an activist working to shed light on the government’s abuse of public health data.

“What COVID did was accelerate state use of these tools and that data and normalize it, so it fit a narrative about there being a public benefit,” Citizen Lab’s Scott-Railton said. “Now the question is, are we going to be capable of having a reckoning around the use of this data, or is this the new normal?”

As long as American citizens rely on weak pushback from journalistic outlets like the Associated Press, the question appears to be a fait accompli. The Trojan horse is already out of the barn. And the AP’s report comes across as one given by a lapdog rather than a watchdog.