President Joe Biden ridiculously denied ever making three massive misstatements last week the White House was forced to ‘walk back’ due to their explosive implications. Watch:

“Mr.. President, you interpret the language that way,” Doocy said. “I was talking to the troops. We were talking about helping train the troops in  that the Ukrainian troops are in Poland. That’s with the context, I sat there with those guys for a couple hours. That’s what we talked about. So when you said, ‘you’re going to see when you are there,’ you were not intending…”

Biden continued to deny that he ever made the misstatements, despite his own White House going on the record to correct him.

This is the first statement Biden made: “You’re going to see when you’re there, you’re going to see women, young people standing in the middle, in the front of a damn tank saying ‘I’m not leaving,’ I’m holding my ground. They’re incredible.”

The White House walked that back. 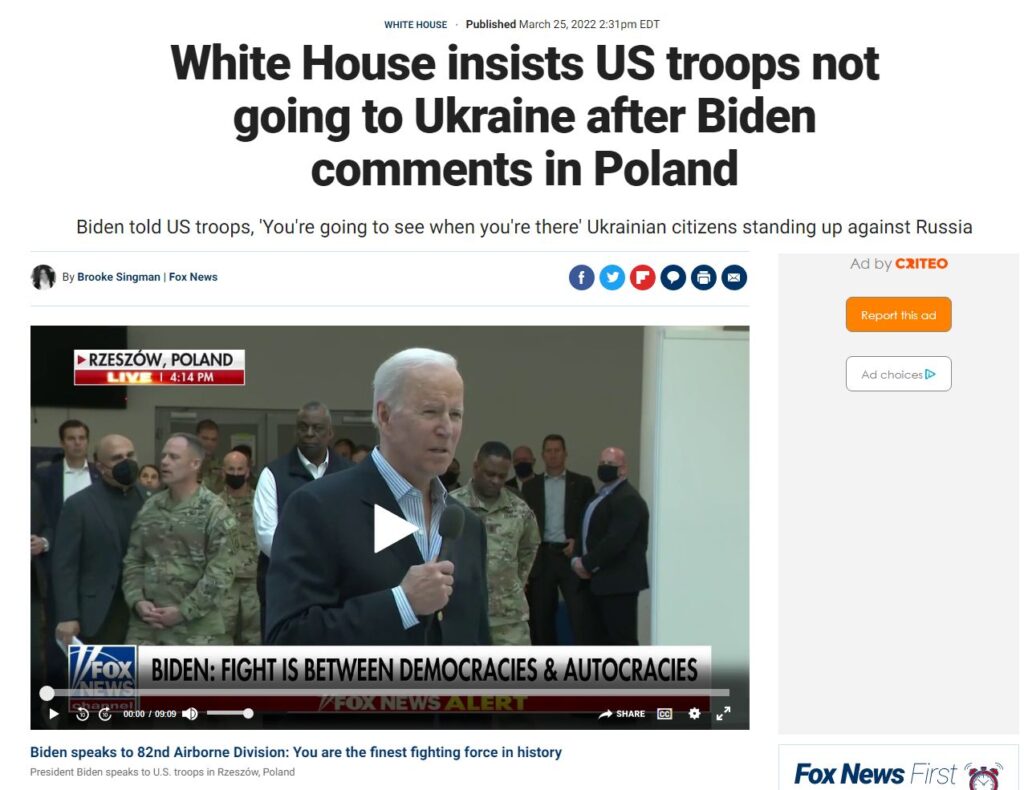 Here is the video of Biden saying it.

This is the second statement, as reported by Fox News. 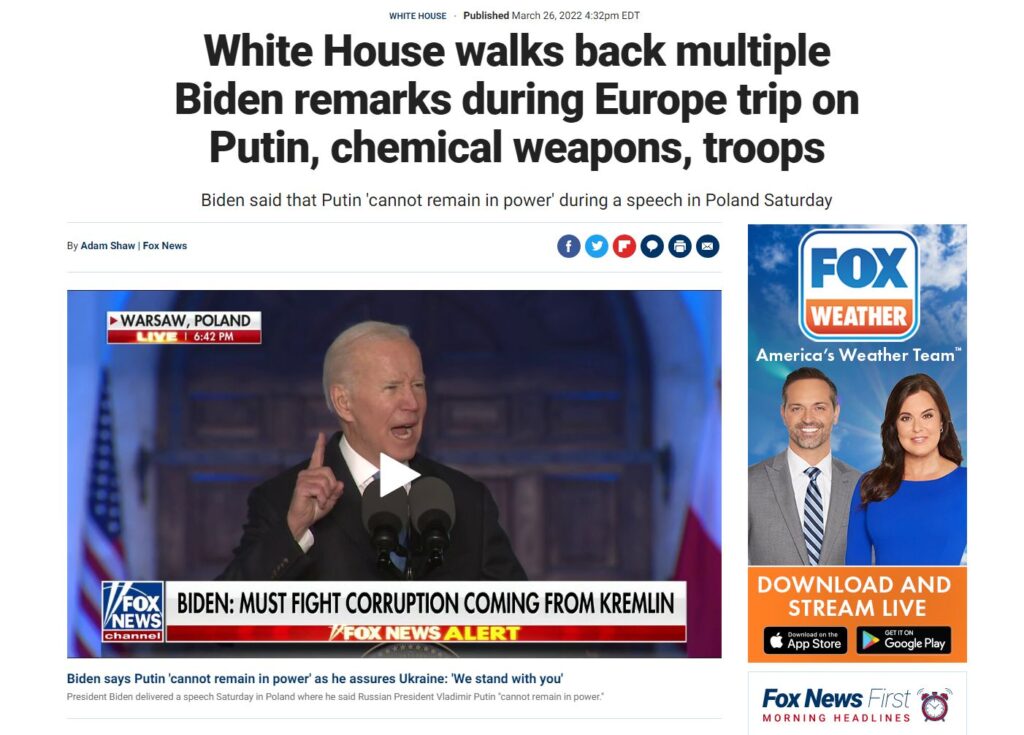 “On Thursday, Biden was asked if the U.S. would respond if Russia were to use chemical weapons as part of its invasion of Ukraine. Biden said that such a move by the Russians would ‘trigger a response in kind’.”

“After that remark, it was up to National Security Adviser Jake Sullivan to clarify,” Fox News reported. “Sullivan was asked what Biden meant by ‘in kind’.”

This is his third misstatement the White House walked back: Putin “cannot remain in power.” 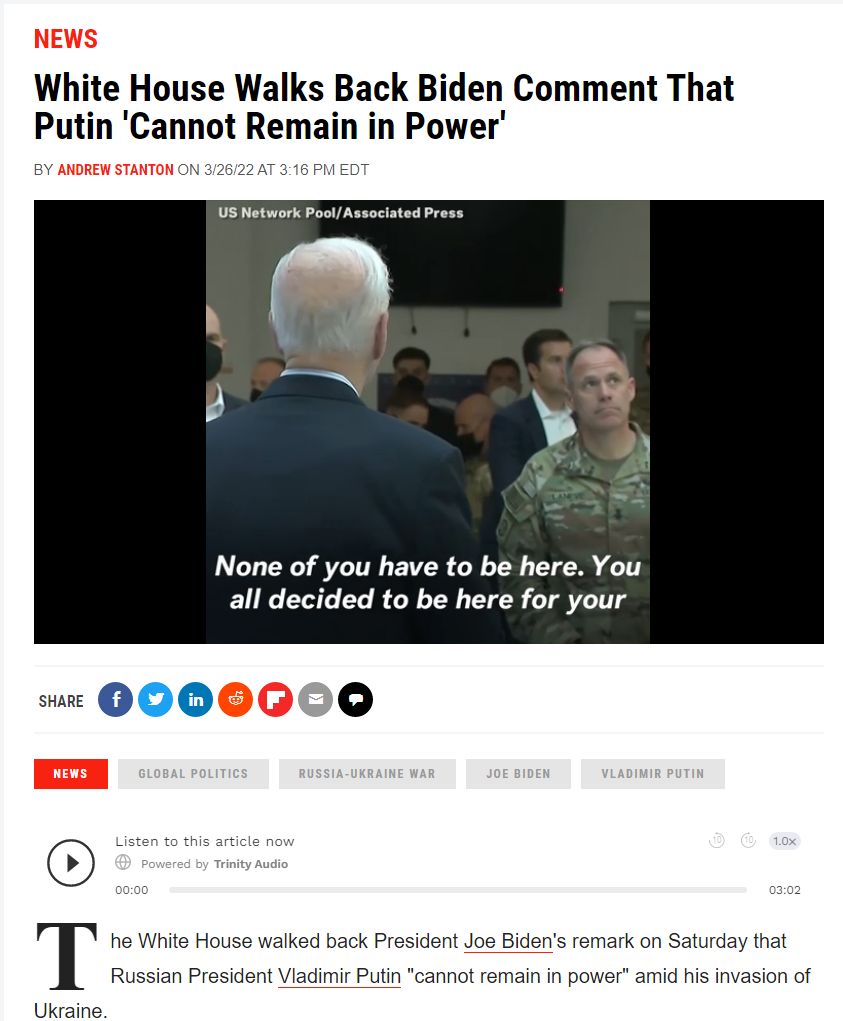 “We will have a different future—a brighter future rooted in democracy and principle; hope and light, decency and dignity; of freedom of possibilities,” Biden said. “For God’s sake, this man cannot remain in power.”

The White House actually issued a statement attempting to clean up the call for regime change in Russia.

“The President’s point was that Putin cannot be allowed to exercise power over his neighbors or the region,” the statement said. “He was not discussing Putin’s power in Russia, or regime change.”

So, to recap: Biden makes three dangerous misstatements that escalate U.S.-Russian tensions. The White House promptly ‘walks back’ the statements made by its nominal president. That ‘president’ then denies he ever made the statements.

This is America under Biden. An absolute disaster accompanied by denial of reality.