Biden Raises More Questions About His Mental Health: Bizarrely Refers to Himself by His Own Name 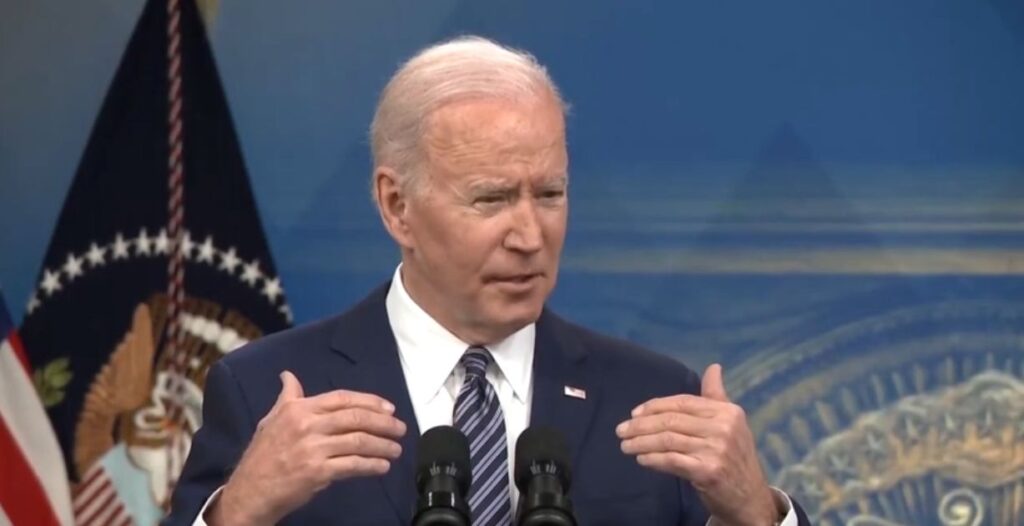 President Biden oddly referred to himself by his own name at a press conference on Thursday. Watch:

“Mr. President, how much, in monetary terms, do you estimate today’s announcement will reduce gas prices, and when can Americans expect to see the changes?” a reporter asked.

“That’s a really important question and there’s no firm answer to it, but prices already came down when it was announced ahead of time that Biden was going to release so much — so much energy — so many barrels of oil from [inaudible]… they’ve already come down,” he said. “My guess is we’ll see it come down, continue to come down, but how far down I don’t think anyone can tell.”

This is not the first time this week that Biden has made such an unusual reference about himself. At a press conference on Tuesday with Singaporean Prime Minister Lee Hsien Loong, Biden implied he had a meeting with the U.S. head of state, which is himself.

“There are negotiations that have begun today… or not begun, continue today,” he said. “One in Turkey and others. I had a meeting with the heads of state of, uh, four allies in NATO… France, Germany, uh, the United States [sic] and Great Britain.”

Joe Biden has an established track record of referring to himself in ways that imply he does not recognize or appreciate that he is the President of the United States.

Earlier this month, Biden called Kamala Harris “the First Lady.” (That would be his own wife Jill Biden.)

In February 2020, he said that he was running for Senate, instead of running for the Presidency.

There is only one person qualified and in a position to diagnose Joe Biden’s mental health status. Whether or not his numerous misstatements are reflective of a type of dissociative disorder should be assessed by a White House psychiatrist.

But the public statements that Biden are suggestive that he is suffering from an “identity crisis.” The United States simply has too many crises to deal with to have a President who is suffering from one of his own.