BLM Releases New List of 7 Demands, Including Ones Targeting Trump 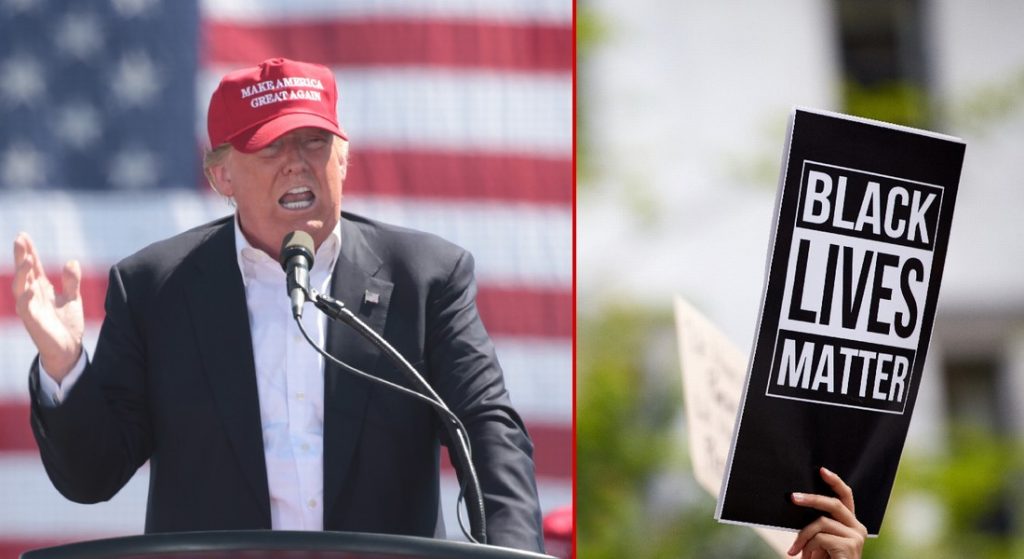 Black Lives Matter, a political outfit masquerading as a social justice group, has issued a new list of 7 “demands.” As if there were any doubt, BLM has made it clear that it is a radical arm of the Democratic Party.

We are joining Rep. Ilhan Omar, Rep. Ayanna Pressley, Rep. Cori Bush, Rep. Jamaal Bowman, and others who are demanding Trump be immediately convicted in the United States Senate. Trump must also be banned from holding elected office in the future. Call your members of Congress and demand they support conviction by dialing (202) 224-3121.

2. Expel Republican members of Congress who attempted to overturn the election and incited a white supremacist attack:

More than half the Republican representatives and multiple senators stoked Trump’s conspiracy theories and encouraged the white supremacists to take action to overturn the election. We are supporting Rep. Cori Bush’s resolution to expel them from Congress for their dangerous and traitorous actions. We also support steps to bar them from seeking another office.

3. Launch a full investigation into the ties between white supremacy and the Capitol Police, law enforcement, and the military:

The Capitol was able to be breached and overrun by white supremacists attempting to disrupt a political process that is fundamental to our democracy. We know that police departments have been a safe haven for white supremacists to hide malintent behind a badge, because the badge was created for that purpose. We also know off-duty cops and military were among the mob at the Capitol on January 6th. Guilty parties need to be held accountable and fired. We are supporting Rep. Jamaal Bowman’s COUP Act to investigate these connections.

Trump has always used his digital media platforms recklessly and irresponsibly to spread lies and disinformation. Now it is clearer than ever that his digital media is also used to incite violence and promote its continuation. He must be stopped from encouraging his mob and further endangering our communities, even after inauguration.

The police that met our BLM protestors this summer with assault rifles, teargas, and military-grade protective gear were the same police that, on Wednesday, met white supremacists with patience and the benefit of the doubt, going so far as to pose for selfies with rioters. The contrast was jarring, but not for Black people. We have always known who the police truly protect and serve. D.C. has the most police per capita in the country; more funding is not the solution.

6. Don’t let the coup be used as an excuse to crack down on our movement:

In response to the coup, Politicians have already introduced the Domestic Terrorism Prevention Act of 2021. We’ve seen this playbook before. These laws are used to target Black and brown communities for heightened surveillance. Republicans are already busy trying to create an equivalence between the mob on January 6th and our Freedom Summer. We don’t need new domestic terror laws, facial recognition, or any other new police power for the state. Our government should protect righteous protest and stay focused on the real issue: rooting out white supremacy. There are enough laws, resources, and intelligence, but they were not used to stop the coup. Our elected officials must uncover why.

The police were born out of slave patrols. We cannot reform an institution built upon white supremacy. We need a new, radical approach to public safety and community investment. President Biden has already drawn on the BREATHE Act in his executive actions calling for racial equity screens in federal programs, investing in environmental justice at historic levels, and engaging with system-impacted communities. The BREATHE Act paints a vision of a world where Black lives matter through investments in housing, education, health, and environmental justice.

There is not enough space to fact-check this pure propaganda. Suffice to say, it is sheer demogoguery that has nothing to do with improving the lives of Black Americans.