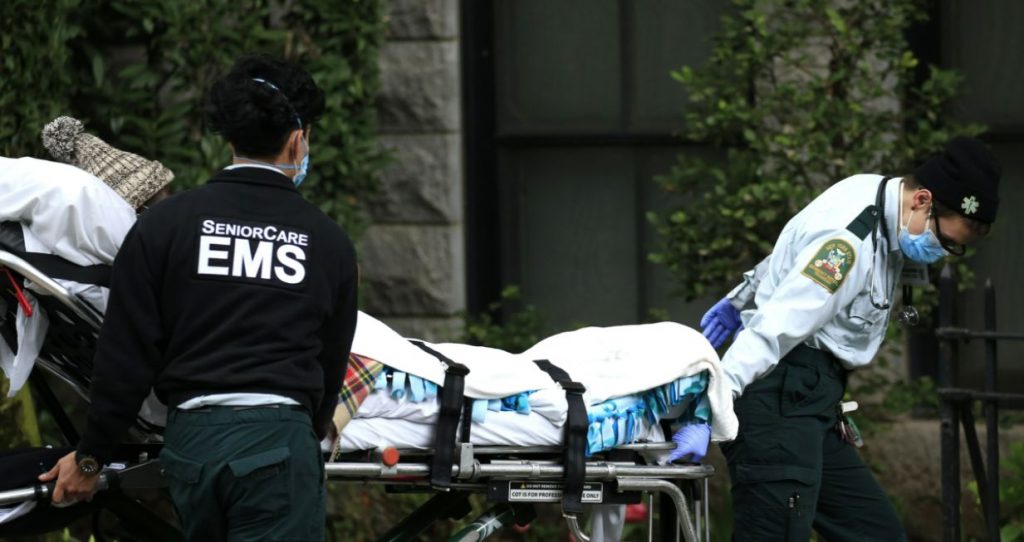 The Department of Justice is refusing to investigate nursing home deaths in two states run by Democratic governors: Michigan and Pennsylvania.

The Justice Department told the blue state governors the ‘good news’ in a series of letters. Pennsylvania Governor Tom Wolf was let off the hook.

“The Justice Department told Gov. Tom Wolf’s office on Thursday that it has decided not to open an investigation into whether Pennsylvania violated federal law by ordering nursing homes to accept residents who had been treated for COVID-19 in a hospital,” the AP reported.

Michigan Governor Gretchen Whitmer will also get off scot-free.

Earlier, a prosecutor said that Michigan Governor Gretchen Whitmer could face criminal charges for her potentially negligent mishandling of COVID-19 patients who were sent back into the state’s nursing homes.

The Department of Justice apparently believes that there is ‘no there, there’ when it comes to Michigan and Pennsylvania and the Democratic governors won’t be investigated for criminal negligence, let alone face charges.

In August 2020, the Department of Justice announced that it was requesting details on decisions made in four states that may have contributed to the deaths of thousands of people in nursing homes. Those states were Michigan, New Jersey, Pennsylvania, and New York.

New Jersey has been the worst-managed state in the United States when it comes to COVID response, barely edging out Cuomo’s New York. A petition called for the New Jersey governor to be investigated.

“More than 7,300 residents of New Jersey’s nursing homes, veterans homes, and long-term care facililties have died from COVID-19,” the petition stated. “Nearly half of the state’s coronavirus deaths have occurred among these vulnerable populations.”

“Whistleblowers have hinted that dangerous policy directives, misrepresented data, and arbitrary decision-making by the Murphy Administration contributed to a wildfire of infection and death in these facilities that could have been prevented,” it added.

New York Governor Cuomo, of course, was at the center of a storm of controversy regarding his nursing home order. His policy killed thousands of elderly residents, and to make matters worse, his gubernatorial administration manipulated and hid data that showed the deadly truth about his decree.