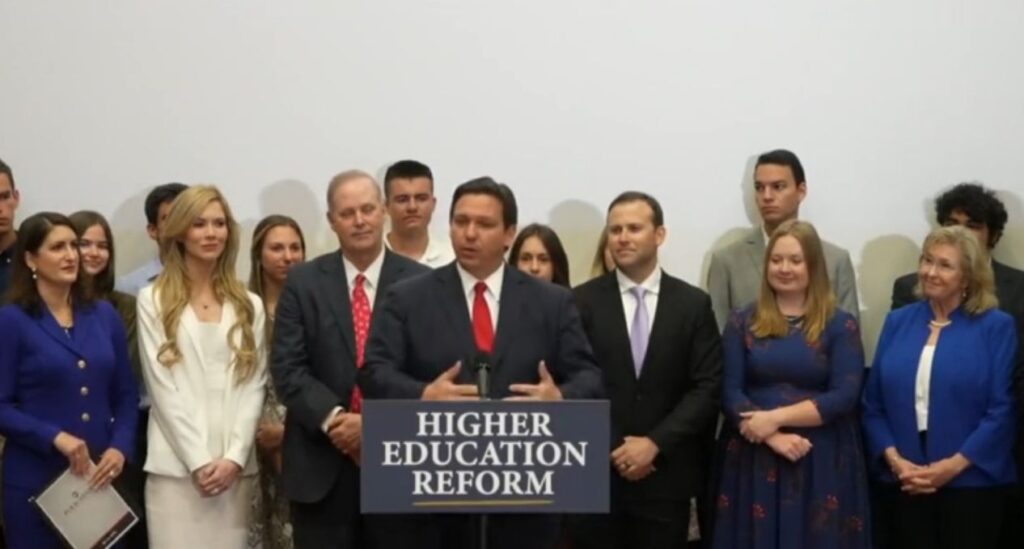 Florida Gov. Ron DeSantis has announced that he is calling on the state legislature to end special protections for Disney’s Florida operations. Watch:

“I’d also like to make another announcement before we get into the subject of today’s program,” DeSantis said. “I think as many of, you know, the Florida legislature is meeting this week to consider the congressional reapportionment plan for Florida for the next 10 years. And that is what they’ve been called upon to do.”

Reedy Creek Improvement District currently functions as its own government, and provides its own fire protection, emergency services, utilities, and planning services for the Disney World property.

DeSantis also went after Big Tech in his announcement. The governor said that he wants to hold Twitter’s board and directors accountable for potentially injuring Florida’s pension fund.

The governor argued in his updated proclamation that the Florida Constitution “prohibits special laws granting privileges to private corporations,” and he added “it is necessary to review such independent special districts to ensure that they are appropriately serving the public interest.”

Disney’s controversial response to the “Parental Rights in Education” bill, misleadingly dubbed the “Don’t Say Gay” bill, has led to a backlash from parents and conservative lawmakers who now question the agenda of the Magic Kingdom. Disney’s stock price is down over 20 percent in the last six months.