If YouTube Wants to Ban ‘Vaccine Misinformation,’ It Needs to Start With These Government Officials 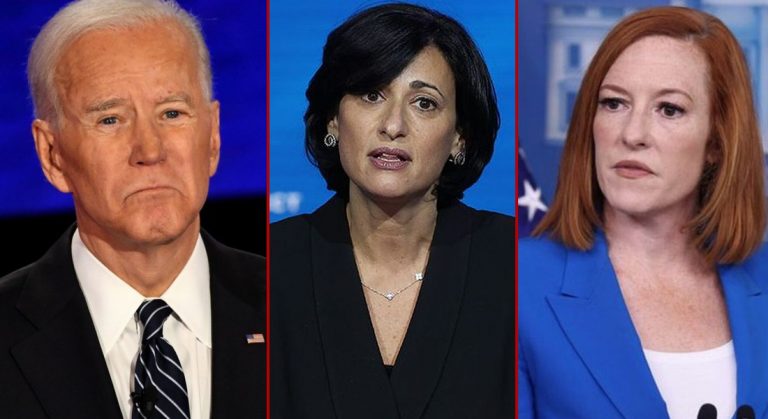 Working closely with health authorities, we looked to balance our commitment to an open platform with the need to remove egregious harmful content. We’ve steadily seen false claims about the coronavirus vaccines spill over into misinformation about vaccines in general, and we’re now at a point where it’s more important than ever to expand the work we started with COVID-19 to other vaccines.

Specifically, content that falsely alleges that approved vaccines are dangerous and cause chronic health effects, claims that vaccines do not reduce transmission or contraction of disease, or contains misinformation on the substances contained in vaccines will be removed. This would include content that falsely says that approved vaccines cause autism, cancer or infertility, or that substances in vaccines can track those who receive them. Our policies not only cover specific routine immunizations like for measles or Hepatitis B, but also apply to general statements about vaccines.

The most problematic aspect of YouTube’s statement, beyond the obvious problem of a social media platform engaging in editorial discretion about what speech it will allow, is the passage on “claims that vaccines do not reduce transmission or contraction of disease.”

However, there are numerous datasets, current reports, and statements from public health officials that indicate that not only do Covid-19 ‘vaccines’ fail to lower the transmissibility of Covid-19, they are actually a major, if not potentially the predominant, conduit of the “Delta variant.”

A statement from CDC Director Rochelle Walensky in late July had acknowledged the possibility of vaccinated transmission of Covid-19.

“Today, some of those data were published in CDC’s Morbidity and Mortality Weekly Report (MMWR), demonstrating that Delta infection resulted in similarly high SARS-CoV-2 viral loads in vaccinated and unvaccinated people,” the report said. “High viral loads suggest an increased risk of transmission and raised concern that, unlike with other variants, vaccinated people infected with Delta can transmit the virus.”

The CDC Director in March had therefore spread her own “vaccine misinformation” in an interview with MSNBC’s Rachel Maddow.

CDC Director Dr. Rochelle Walensky: “Our data from the CDC today suggest that vaccinated people do not carry the virus.” pic.twitter.com/9W1SHecSEm

“Our data from the CDC today suggests that vaccinated people do not carry the virus, don’t get sick, and that it’s not just in the clinical trials, but it’s also in real-world data,” she claimed.

President Biden himself had distributed vaccine misinformation at a CNN town hall in July.

“We’re not in a position where we think that any virus — including the Delta virus, which is much more transmissible and more deadly in terms of non — unvaccinated people — the vi- — the various shots that people are getting now cover that,” Biden said, per the official White House transcript. “They’re — you’re okay.  You’re not going to — you’re not going to get COVID if you have these vaccinations.”

It wasn’t the only time that President Biden had promoted such vaccine misinformation.

“That, too, is a slight exaggeration, although hospitalizations and deaths among vaccinated people are extremely rare,” Politifact added in its July editorial.

However, that is no longer the case. The Delta variant has become the predominant driver of Covid-19 and it is taking hold in highly vaccinated communities and showing up in hospital populations where the majority are vaccinated patients. This is a developing trend, but a trend in various subpopulations nonetheless.

“But state-level data shows that milder breakthrough cases that do not result in hospitalization are on the rise among the fully vaccinated as virus transmission increases and vaccine efficacy decreases,” Roll Call noted in mid-September. “And they’re expected to keep increasing.”

It is not only mild or asymptomatic cases that are showing up among the vaccinated, either. There have been thousands of hospitalizations and deaths among the ‘fully vaccinated’ population, as Yale recently reported.

“These cases are extremely rare, but they are becoming more frequent as variants emerge and more time passes since patients are vaccinated,” said Hyung Chun, associate professor of medicine (cardiology) at Yale and senior author of the study published Sept. 7 in Lancet Infectious Diseases.

“As of Aug. 30, the Centers for Disease Control and Prevention had received reports of 12,908 patients with breakthrough infections who were hospitalized or died,” Yale noted in early September.

More vaccine misinformation being put out by health officials includes none other than Dr. Anthony Fauci, head of the NIAID,

Dr. Fauci in September failed to recognized the research that shows natural immunity is as good or superior to vaccinated immunity.

this is called ‘narrative collapse’

Biden’s White House medical advisor Dr Fauci on previously infected Americans and why they should still get vaccinated if shown to have stronger NATURAL IMMUNITY:

“I don’t have a really firm answer for you on that”pic.twitter.com/j8x0127tLm

“I don’t have a really firm answer for you on that. That’s something that we’re going to have to discuss regarding the durability of the response,” Fauci said.

The study, however, is clear, and backs up decades of research on viral pandemics.

“This study demonstrated that natural immunity confers longer lasting and stronger protection against infection, symptomatic disease and hospitalization caused by the Delta variant of SARS-CoV-2, compared to the BNT162b2 two-dose vaccine-induced immunity,” the study’s conclusions read.

Specifically, Dr. Fauci and the Biden administration both act like natural immunity to Covid-19 does not exist. On Monday, while getting a presumed ‘booster shot’ at a staged presentation, Biden claimed that 97-98% of the American public would need to get ‘vaccinated’ in order for America to go back to “normal.”

REPORTER: "How many Americans need to be vaccinated for us to get back to normal?"

BIDEN: "97%, 98%. I think we'll get awful close. But I'm not the scientist. I think one thing is for certain. A quarter of the country can't go unvaccinated and us not continue to have a problem." pic.twitter.com/oT0zRXxpJo

REPORTER: “How many Americans need to be vaccinated for us to get back to normal?”

BIDEN: “97%, 98%. I think we’ll get awful close. But I’m not the scientist. I think one thing is for certain. A quarter of the country can’t go unvaccinated and us not continue to have a problem.”

The CDC’s own figures estimate that at least 120 million Americans had been infected with Covid-19 by the end of May, thus possessing superior natural immunity. That figure can be projected to be at least 150 million currently, due to the Delta variant wave and the estimate that there are four cases for every one reported.

Furthermore, at least four times that U.S. government officials lied to the American people that there would not be federal vaccine mandates because they are unethical or otherwise not the role of government.

Thus, according to YouTube’s standards, it should be banning videos from President Biden, Dr. Fauci, CDC Director Walensky, the CDC, FDA, NIAID, NIH, and other government agencies that demonstrably misled the American people with “vaccine misinformation.” Or, it can just stop censoring Americans’ free speech.