Halloween Horror in South Korea: Dozens of Young People Treated for ‘Cardiac Arrest’ in the Streets

A Halloween street festival turned into horror in South Korea on Saturday, as a ‘crush’ of people killed 120 people and injured 100 more, the BBC reported. Dozens of young people were treated for “cardiac arrest” during the frightening scene, according to initial reports. 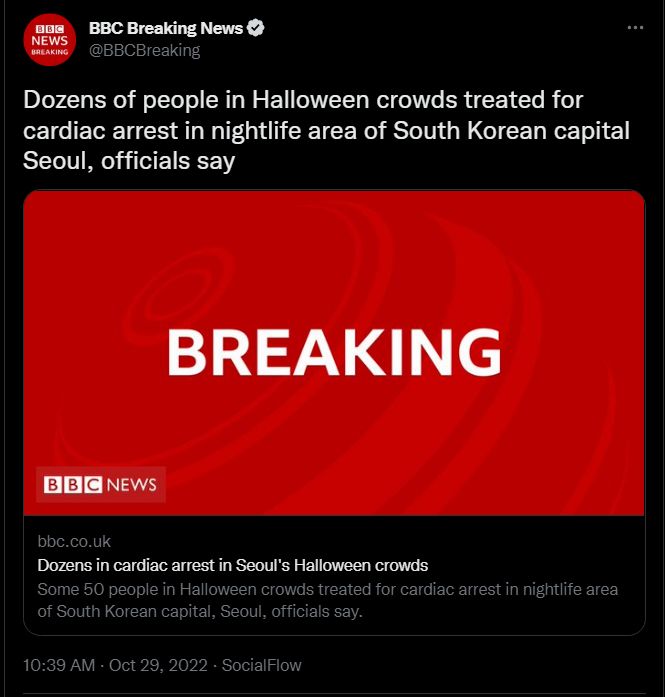 One can only surmise the reasons behind the headline change. It raises a lot of questions about how so many young people had ‘cardiac arrests’ during an obviously traumatic event.

“Videos from Seoul’s Itaewon district show body bags on the streets, emergency workers performing CPR, and rescuers trying to pull people trapped beneath others,” the BBC reported. “It is not known what caused the crush. South Korea’s President Yoon Suk-yeol has called an emergency meeting.”

Interestingly, the BBC framed it as the first outdoor no-mask event since the pandemic began in early 2020.

“There were reportedly 100,000 revellers in the area celebrating the first outdoor no-mask Halloween event since the pandemic,” the BBC added. “Social media messages posted earlier in the evening show some people remarking that the Itaewon area was so crowded that it felt unsafe.”

Video shows many people receiving CPR after stampede at Halloween party in Itaewon, Seoul; number of victims not yet known

Many users in the BBC’s audience was outraged at the channel for earlier reporting that dozens were being treated for “cardiac arrest,” because it purportedly fueled “anti-vaxxer conspiracies.”

However, even as the reporting about the South Korean crush is understandably vague due to the chaotic nature of the circumstances, it is not a “conspiracy theory” that Covid vaccines elevate heart inflammation risk in young persons. It is a well-established scientific fact.

South Korea is one of the most highly vaccinated countries in the world and has distributed at least 129,475,307 shots, as of October 28. An estimated 86.4% of the population is “fully vaccinated.” 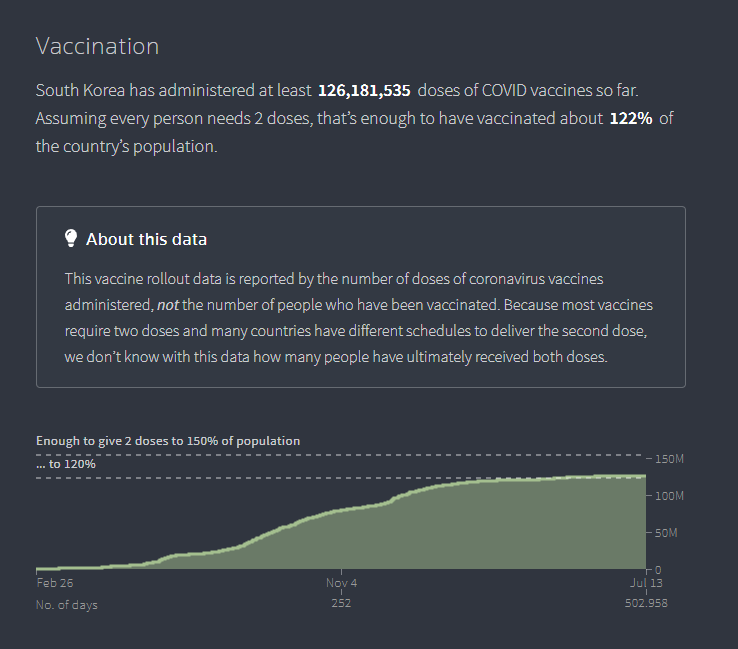 New research out of Switzerland estimates that Covid shots carry a 800% elevated risk of myocarditis versus the control group, based on troponin levels — a biomarker for heart inflammation.

“Prior to this study, there were no prospective data on post-vaccination myocardial lesions during vaccination with an mRNA vaccine,” the researchers state. “Only the most serious hospitalized myocarditis have been reported, mainly affecting men under 18 years of age.”

“The actual incidence of post-vaccination myocardial lesions is 2.8% vs 0.0035% of myocarditis in retrospective studies,” the researchers add. The research has one of the highest estimates for elevated myocarditis risk.

According to a Forensic Science Research article published at the National Institutes of Health in 2019, “Myocarditis is associated with an increased risk of sudden cardiac death (SCD) in the young.” A 2011 study at the journal Circulation discusses “sudden unexplained cardiac arrest without overt heart disease.”

“The conditions in question are largely those causing abnormalities in cardiac depolarization or repolarization, usually due to inherited, drug-, metabolic-, or electrolyte-induced ion channel dysfunction,” the study notes. “They have loosely been termed the channelopathies or primary electric diseases. Often included in the category of cardiac arrest without overt heart disease are patients with subclinical structural diseases such as myocarditis, coronary spasm, arrhythmogenic right ventricular cardiomyopathy (ARVC), and sarcoidosis. Although these conditions may be readily diagnosed with overt evidence of a structural cause of cardiac arrest, structural abnormalities may be subtle or even undetectable with standard testing early in their course, requiring a high index of suspicion to discern.”

While it is unknown what caused dozens of young people to suffer from shortness of breath and reported “cardiac arrest” during the South Korean “Halloween crush,” there is cause for concern and a need for independent study about whether the Covid shots could potentially predispose young persons to a higher risk of cardiac arrest, particularly under stressful situations or physical duress.