After Weeks of Public Outcry, Paul Pelosi Has Finally Been Charged for His DUI

After weeks of public outcry, Paul Pelosi, the husband of House Speaker Nancy Pelosi, has finally been charged after his DUI arrest.

“Fox News Alert, breaking moments ago, the DA in Napa County, California charged Paul Pelosi, Nancy Pelosi’s husband, with DUI this after weeks of pressure from you, primetime viewers,” Watters said. “According to the press release, Pelosi will face a misdemeanor charge, not a felony – surprise, surprise.”

“The release added that he had his blood taken and he had his blood alcohol at over 0.80: 0.82,” he added. “So if convicted, he faces up to five years probation and a minimum of five days in jail. Other than that, it doesn’t offer many new details about the crash or what exactly happened that night.”

The press release via Fox News follows below.

“Paul Pelosi, the husband of House Speaker Nancy Pelosi, D-Calif., was charged on Thursday with DUI with injury by the Napa County District Attorney’s Office after he was involved in a crash on May 28,” Fox News reported.

“A press release from the district attorney’s office states that Paul Pelosi had a blood alcohol content level of .082% after the crash, and said the blood sample was taken at 12:32 a.m., which was two hours after the collision occurred at 10:17 p.m,” the report added. 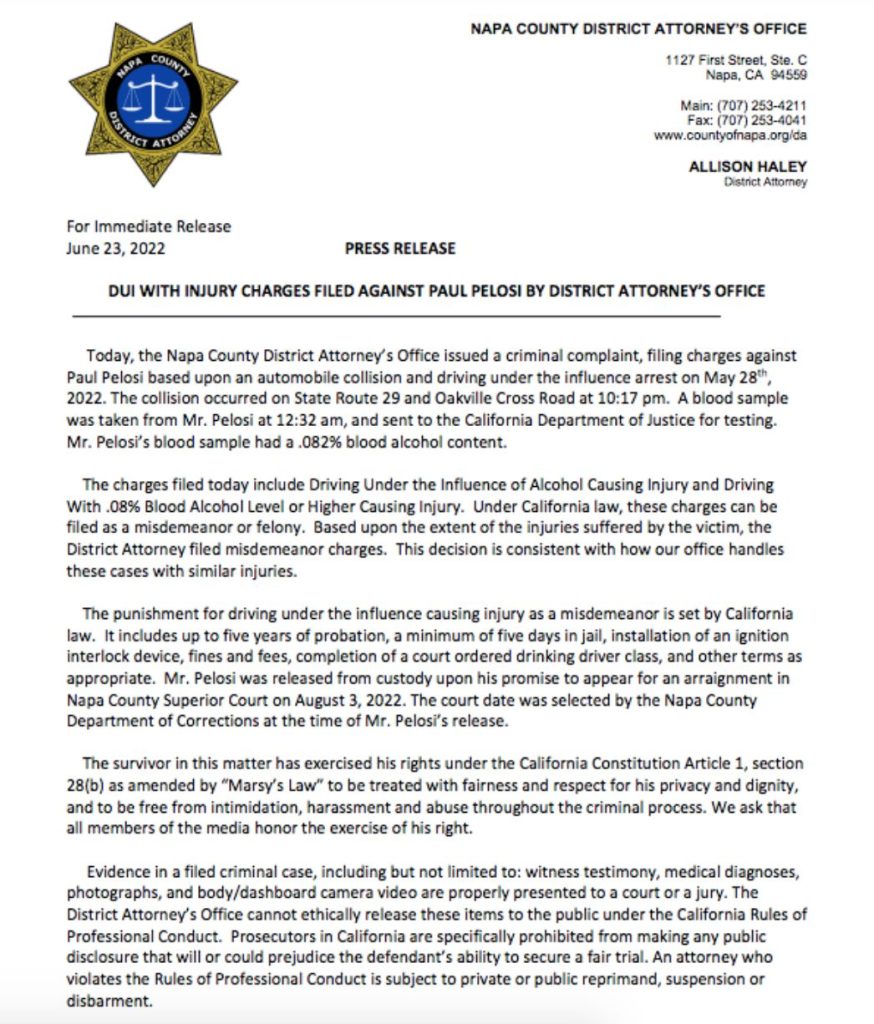 This is a breaking news report.