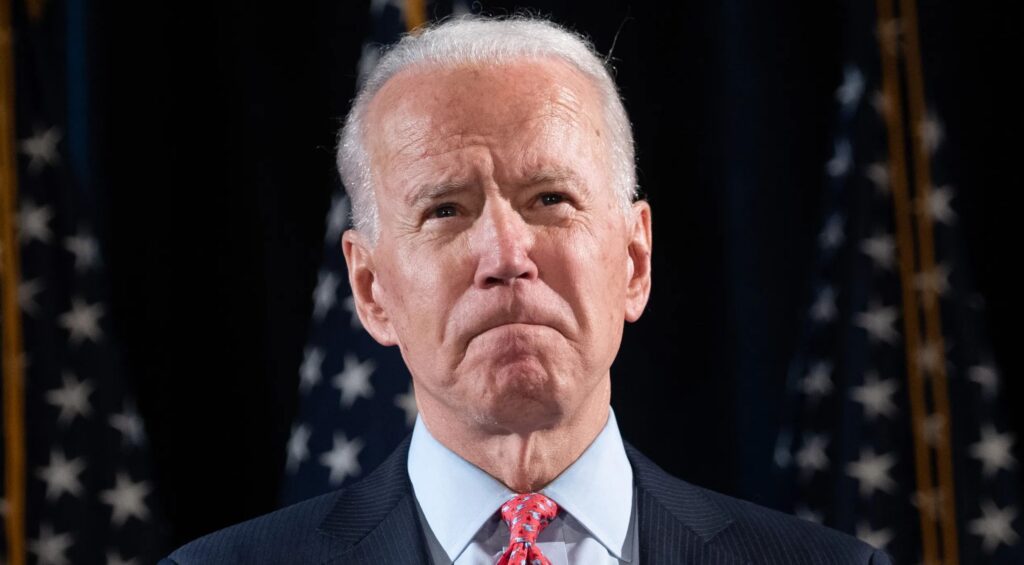 The Saudi crown prince and the United Arab Emerates sheikh have both rejected President Biden’s overtures to aid the United States on lowering world oil and gas prices.

“The White House unsuccessfully tried to arrange calls between President Biden and the de facto leaders of Saudi Arabia and the United Arab Emirates as the U.S. was working to build international support for Ukraine and contain a surge in oil prices,” Middle East and U.S. officials said, as reported in the Wall Street Journal.

“Saudi Crown Prince Mohammed bin Salman and the U.A.E.’s Sheikh Mohammed bin Zayed al Nahyan both declined U.S. requests to speak to Mr. Biden in recent weeks, the officials said, as Saudi and Emirati officials have become more vocal in recent weeks in their criticism of American policy in the Gulf,” WSJ noted.

“There was some expectation of a phone call, but it didn’t happen,“ said a U.S. official about Biden’s planned call to the Saudis. ”It was part of turning on the spigot [of Saudi oil].”

Biden spoke with Prince Mohammed’s 86-year-old father, King Salman on Feb. 9, the report said. The U.A.E. said a call between Biden and Sheikh Mohammed would be ‘rescheduled.’

“The Saudis have signaled that their relationship with Washington has deteriorated under the Biden administration, and they want more support for their intervention in Yemen’s civil war, help with their own civilian nuclear program as Iran’s moves ahead, and legal immunity for Prince Mohammed in the U.S.,” WSJ reported, citing Saudi officials.

While Biden boasted prior to the 2020 election that he would restore dignity and respect to the White House, it has not led to an improvement in foreign relations with nations such as Russia, China or Middle Eastern nations.

In November 2018, relations between Russia and the Saudis appeared to be going just swimmingly. Vladimir Putin laughed and high-fived Saudi Crown Prince Mohammed bin Salman at the G-20 summit in Argentina. Watch:

President Joe Biden on Tuesday announced the United States is banning the import of all Russian energy, including oil and gas. Watch:

“Today I’m announcing the United States is targeting the main artery of Russia’s economy,” Biden said. “We’re banning all imports of Russian oil and gas and energy. That means Russian oil no longer be acceptable at U.S. ports and the American people will deal another powerful blow to Putin’s war machine.”

“This is a move that has strong bipartisan support in the Congress and, I believe, in the country,” Biden added. “Americans have rallied to support the Ukrainian people and made it clear we will not be part of subsidizing Putin’s war.”

“We made this decision in close consultation with our allies and our partners around the world, particularly in Europe, because a united response to Putin’s aggression has been my overriding focus, to keep all NATO and all of the E.U. and our allies totally united,” Biden claimed.

“We’re moving forward with this ban understanding that many of our European allies and partners may not be in a position to join us,” Biden went on. “The United States produces far more oil domestically than all of European countries combined. In fact we are a net exporter of energy, so we can take this step.”

The issue is that the Biden administration, despite its denials, is limiting U.S. oil and gas production by constricting leases, and has shut down the Keystone XL pipeline that facilitates gas transit from Canada.

BIDEN: "It's simply not true that my administration or policies are holding back domestic energy production" pic.twitter.com/i2Aqfz7Cxw

“Look, let me be clear about two other points,” Biden said. “First, it’s simply not true that my administration or policies are holding back domestic energy production. That’s simply not true. Even amid the pandemic, companies in the United States pump more oil during my first year in office than they did during my predecessor’s first year. We’re approaching a record levels of oil and gas production in the United States and we’re on track to set a record of world production next year.”

This is not true. As reported earlier, the United States has been on track to be a net oil importer in 2022, after becoming a net exporter under the Trump administration in September 2019 for the first time since 1973.

“Higher net crude oil imports are set to make the United States a net petroleum importer this year again, as in 2021, after a historic shift of being a net petroleum exporter in 2020, the U.S. Energy Information Administration (EIA) said,” as reported by Oil Price.

Senator Mike Lee (R-UT) argued on Fox News that the U.S. should increase domestic oil and gas production instead of turning to ‘enemies’ to make up the energy shortfall.

“Look, these are rational actors,” Senator Lee said. “They are not tapping those because it’s not profitable or hasn’t been and he can say all he wants, you know, that there are oil leases that are still producing but not producing enough.”

“The fact is on day one he canceled all oil and gas leasing on federal lands,” Lee said. “He took Keystone XL pipeline off the table. He has banned oil and gas development in places like ANWR.”

“These are things that we need to be developing and there is a regulatory environment that is overtly hostile toward fossil fuels,” Lee added. “We want to control inflation. President Biden wants to control Americans. He’s got something very wrong there.”

“We need to open up opportunities and that means producing more energy at home,” he added.. “We can produce energy here, oil and gas less expensively, and in a more environmentally responsible fashion than they can do almost anywhere in the world. But instead of doing these things, he’s going to our enemies, hat in hand, asking them to produce more oil, that’s wrong.”

The Russian oil and gas ban will only drive the prices higher in the absense of a massive increase in domestic production. U.S. gas prices may reach $10 to $13 a gallon by Thanksgiving, according to oil industry insiders.