Secret Service Arrested Dozens of Extremists at U.S. Capitol — But Nobody in the Media Cared

The U.S. Capitol was the site of a gathering of hundreds of extremists earlier this week. Protesters held aloft picket signs blaring ‘No Compromise!’ Blockades were erected at entrances. Secret Service agents made dozens of arrests. The media completely ignored it.

All extremists may be equal, but some extremists are more equal than others. These were climate extremists demanding that President Biden take authoritarian action to keep the climate from changing. Therefore, just as with Black Lives Matter torching cities and looting communities, and Antifa violently attacking civilians, they can be ‘safely’ ignored.

The radical activists were led once again by Rep. Alexandria Ocasio Cortez, who had been the inciter of an ‘insurrection’ before. In 2018, the notorious AOC had actually staged a sit-in at Nancy Pelosi’s office. That it was Ocasio-Cortez who led the takeover of Pelosi’s office, only to later become of the biggest drama queens over Jan. 6, is rife with irony.

It had been the same Sunrise Movement group that had demonstrated at the White House on Thursday. “Joining the protests was New York Democratic Congressmember Alexandria Ocasio-Cortez, who said there was no time to waste in preventing climate catastrophe,” Democracy Now! reported.

“What a lot of folks here in D.C. don’t understand is that while this may be the hottest summer of their lives, it’s going to be one of the coolest summers of our lives. And so what that means is that they brought this heat on us, so we bring the heat on them,” Rep. Alexandria Ocasio-Cortez was quoted as saying.

This extremist Sunrise Movement group has nonetheless been busted role-playing riots to intimidate politicians such as Senator Lindsey Graham, for example, rehearsing to kick down doors at his house. Internal documents attributed to the group’s possession show well-orchestrated plans to ‘shut down federal buildings.’

“The videos and documents discuss a well-coordinated plan to shut down federal buildings (including the White House), public transportation portals, and disrupt Congress when it returns post-election,” Expose Sunrise notes. “Sunrise is an umbrella movement comprised of 400 ‘hubs’ and hundreds of affinity groups including 350.0rg and Extinction Rebellion.”

Among the trove of documents in these climate extremist groups’ possession: A Simple Sabotage Field Manual, an Introduction to Extinction Rebellion, a guide on how to avoid FBI informants, a ‘Stopping the Coup‘ guide, an Election Action guide, and a supporting BLM guide that makes it clear how these extremist groups view police. 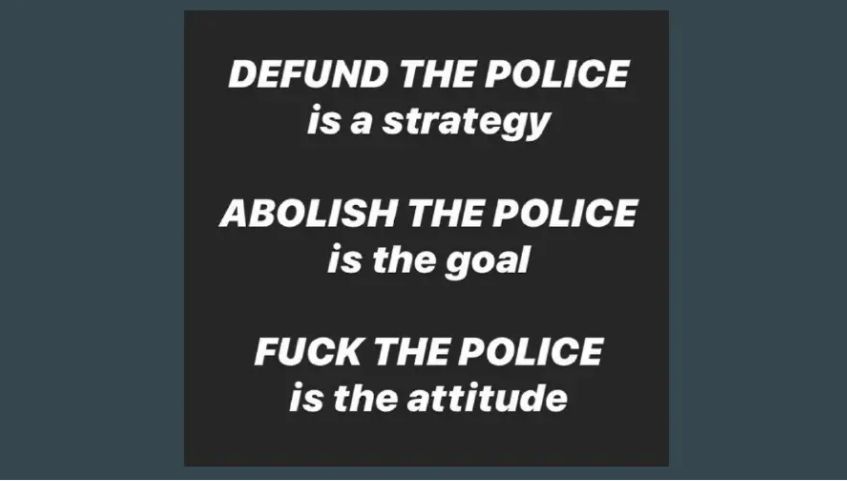 Thus, there is far more substantive evidence linking Alexandria Ocasio-Cortez to an ‘extremist’ group’s activities than there is for any Republican Congressman to be linked to any of the ‘big three‘ far-right extremist groups that showed up unarmed at the non-deadly Capitol riot (discounting the mysterious shooting death of  Trump supporter Ashli Babbitt).

It is only recently that the FBI has decided to ignore eco-terrorism, as well as political violence by groups like BLM and Antifa, because the radical groups’ ends have the tacit and even vocal endorsement of the Democratic Party. The FBI in 2002 referred to eco-terrorism explicitly, and provided a definition of ‘domestic terrorism’ that looks an awful lot like the agenda of all of these radical extremist groups.

“Domestic terrorism is the unlawful use, or threatened use, of violence by a group or individual based and operating entirely within the United States (or its territories) without foreign direction, committed against persons or property to intimidate or coerce a government, the civilian population, or any segment thereof, in furtherance of political or social objectives,” the FBI stated.

The FBI went on to detail a long list of eco-terrorist activities by groups like the Earth Liberation Front (ELF) and the Animal Liberation Front (ALF) that include such acts of sabotage as ‘spiking’ trees with metal so loggers break their chainsaws, and other acts of property destruction. The Department of Homeland Security in a 2013 report on eco-terrorism listed property damage from arson and bombings as a primary feature of this form of political extremism.

“Between 1995 and 2010, there were a total of 239 arsons and bombings committed by these groups, with 55% attributed to ELF and 45% to ALF. Of these 239 incidents, 62% were bombings, and 38% were arsons,” DHS reported based on START data. “The vast majority of all incidents, 66%, occurred in the West. Over 42% of these incidents resulted in substantial or very substantial property damage and financial losses.”

These reports are particularly interesting in light of the estimated $2 billion in property damage caused during Black Lives Matter protests in 2020. BLM is not even under consideration for a domestic terrorist group designation, nor is the extreme anarcho-socialist group Antifa, despite the dozens of deaths committed during riots caused by these groups. Despite the ‘mostly peaceful’ narrative, a Princeton study found that over just three months of the so-called Floyd riots there were “nearly 570 violent demonstrations–riots–in nearly 220 locations,” as reported by Byron York.

The contrasting treatment of BLM and Antifa to the far-right extremists of Jan. 6 is obvious, and yet, it is considered ‘problematic’ in today’s Woke military. As noted in an article at Legal Insurrection, “Some military members view the events at the Capitol on January 6th and the year-long BLM/antifa rioting, looting, vandalism, arson, and murder as equally problematic. This reportedly ‘worries’ Pentagon officials.”

The top brass is thus singularly focused on “right-wing” extremism and “white supremacy.” Support for leftist groups like BLM (formed by avowed Marxists) and Antifa (blatantly anarcho-communist) is apparently ‘non-problematic.’ Military.com describes the effort to crack down on “extremists.”

“Tougher enforcement is now under consideration at the highest levels of government,” Military.com reports. “Some measures under consideration include: better vetting of incoming recruits, monitoring social media for those in sensitive positions, adding questions about extremism to command climate surveys, a tattoo database so commanders know what to look for, increased training and an accountability mindset that encourages reporting.”

The monitoring of social media for “extremism” has also taken an Orwellian turn. Facebook recently gave select users a method to ‘snitch’ on suspected right-wing extremists.

This is an apparent open invitation for slander that can adversely impact law-abiding Americans for no other reason than they politically disagree with the extremist left. After all, members of the hard left may characterize political moderates as ‘extremists.” Some believe that all whites are ‘inherently racist.’

Such extremist views are becoming ‘mainstream’ in Progressive America. Academic, law enforcement, and the media are ignoring sound methodology to characterize ideologically driven violence, domestic terrorism, and extremism to slant the political terrain.

The Secret Service’s arrests of dozens of climate ‘extremists’ in Washington D.C. this week without a peep of concern by the same media that is hysterical about even peaceful protests by conservative groups is revealing through its bias of omission.