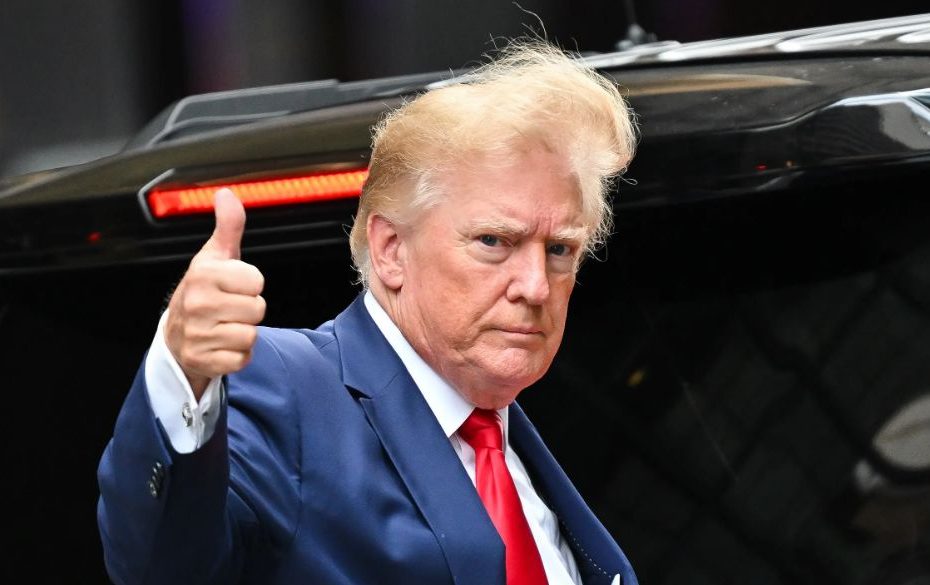 Former President Donald Trump and his attorneys are threatening legal action over the FBI’s invasive raid of his Mar-a-Lago home.

Jim Trusty, an attorney for Donald Trump, told conservative radio host Mark Levin on Friday that ‘we’re going to have to get court-involved.’ Watch:

“Fourth amendment requires particularity, it requires narrowness to the intrusion on the person’s home,” Trusty said. “And this warrant had language in it, and keep in mind, all we’ve seen is a warrant and an inventory, but the warrant has language in it about if you find a classified document, you can take the whole box around it and you can take any boxes near it.”

“That’s really the functional equivalent of a general search,” he added. “There’s just no limit to that kind of scope in the warrant. We’re going to come out swinging, and say, ‘look, you know, this cannot be something where we just get a kind of a wink and a nod from DOJ that we’re supposed to trust them.’ Under these circumstances, we’re going to have to get court-involved, judicial interventions at the district court level to get somebody in the mix here that can help us vindicate the Fourth Amendment rights of the president.”

On Friday, Donald Trump threatened to file a “major motion” over the Fourth Amendment violations resulting from the FBI search of his Mar-a-Lago home.

“A major motion pertaining to the Fourth Amendment will soon be filed concerning the illegal Break-In of my home, Mar-a-Lago, right before the ever important Mid-Term Elections,” Trump wrote in a post on Truth Social.

“My rights, together with the rights of all Americans, have been violated at a level rarely seen before in our Country. Remember, they even spied on my campaign. The greatest Witch Hunt in USA history has been going on for six years, with no consequences to the scammers. It should not be allowed to continue!”

On Saturday, Trump added that he has heard from FBI agents who are ‘furious’ about the politicized agency’s reckless and invasive abuse of a former president.

“I hear the great Agents and others in the FBI are furious at FBI leadership for what they are doing with respect to political weaponization against a President (me) that has always had their backs, and that they like (love!) a lot,” Trump wrote. “They don’t like being ‘used’ by people they do not agree with, or respect. Likewise, they are not exactly thrilled with the leadership at DOJ!”

“Similar to the revolt against Comey when he exonerated Crooked Hillary, but was forced, by them, to withdraw the exoneration!” Trump added.

Judge Reinhart said that “I am not prepared to find that the affidavit should be fully sealed” and asks the government for proposed redactions to the Mar-a-Lago affidavit by next week, adding “this will be a careful process.” The judge earlier stated that the sealing order, motion to seal and criminal cover sheet will also be unsealed, but with heavy redactions.

There is also the public perception that the FBI raid, taking place just months ahead of the midterm elections, was politically motivated.

The FBI raid was ‘personally approved’ by Attorney General Merrick Garland, who was denied a Supreme Court seat when Donald Trump became president. It took place under President Joe Biden, who insists he will be the political rival against Donald Trump in any 2024 re-election campaign, but nonetheless denies any foreknowledge of the FBI’s unprecedented action. The search warrant was approved by Judge Bruce Reinhart, an Obama donor with legal connections to Jeffrey Epstein. The overly broad search warrant encompassed “any government and/or Presidential Records created between January 20, 2017, and January 20, 2021.” The entire fiasco reeks of an unconstitutional ‘fishing expedition.’

It remains to be seen if the American people will get the transparency they deserve about what happened to their duly elected president. But if the former president files a lawsuit in federal court over the matter, they are bound to discover the truth, sooner or later.