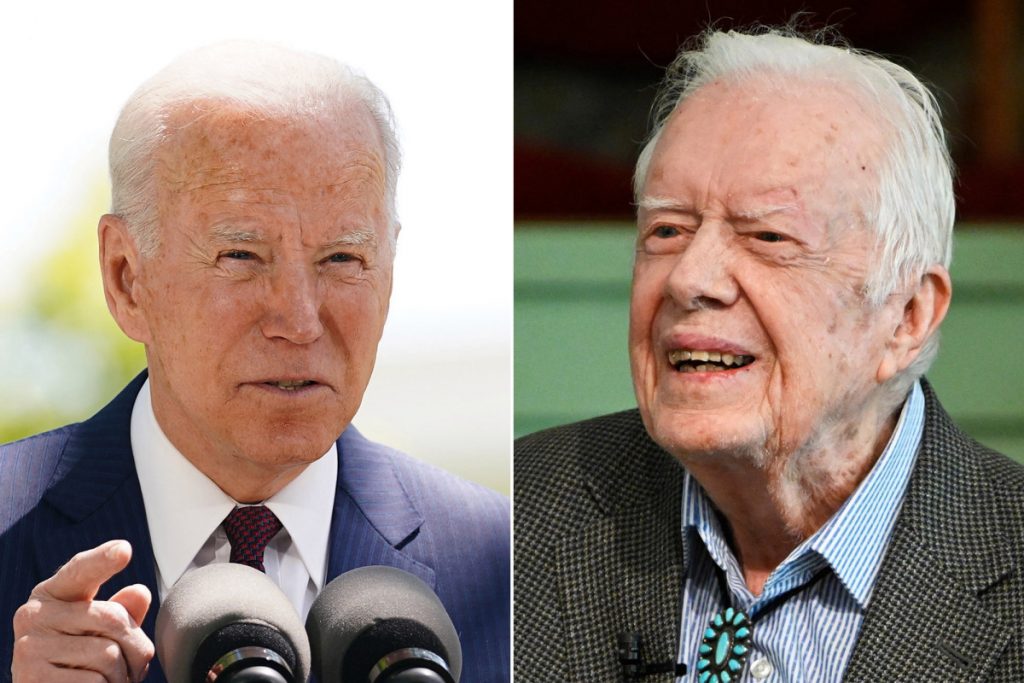 Donald Trump released a new statement where he rips Joe Biden for delivering Americans energy shortages and even gas lines in some parts of the country after just 100 days in office.

When combined with rising inflation and crisis in the Middle East, the comparison between Biden and Carter have been on Americans’ minds’ lately. Trump wanted to weigh in and set the record straight.

“First there was the Biden Border Crisis (that he refuses to call a Crisis), then the Biden Economic Crisis, then the Biden Israel Crisis, and now the Biden Gas Crisis,” he continued. “Joe Biden has had the worst start of any president in United States history, and someday, they will compare future disasters to the Biden Administration—but no, Jimmy was better!”

On Friday, Donald Trump Jr. had slammed Biden by clarifying the he isn’t the ‘next FDR,’ he’s the ‘next Jimmy Carter.’

Biden isn’t the next FDR he’s the next Jimmy Carter.

Twitter raced to Biden’s defense with a laughable clarification on its trending explainer. It wrote that “people are confused by” Donald Trump Jr. tweet, “given that former president Carter is a Nobel Peace Prize winner whose humanitarian record is largely respected.”

Conservatives weighed in with their own snarky commentary.

People are confused by Twitter thinking that Jimmy Carter's presidential legacy is one of joy and success pic.twitter.com/krvtCt71zK

Twitter either making its pro-Dem propaganda even less subtle or too stupid to know facts of absolutely abysmal economic situation of country during Carter's presidency. Tip for the young reporters: those real-life econ woes caused major probs for your favored political party! pic.twitter.com/eGnFIHEXXd

The Biden presidency is already off and running as one of the worst in American history, and it’s just after 100 days in. But when it comes to Democratic presidencies, the mainstream media never fails to view them in the rosiest possible light.