A new Twitter Files installment just dropped and it blows another hole in the federal government’s narrative that it had a vested stake in working closely to prevent a serious threat of “foreign election interference.”

Instead, it very much seems the case that the “foreign election interference” narrative was merely a pretense to censor Americans who justifiably and constitutionally questioned their elections. The following thread comes via journalist Matt Taibbi:

The questionnaire authors seem displeased with Twitter for implying, in a July 20th “DHS/ODNI/FBI/Industry briefing,” that “you indicated you had not observed much recent activity from official propaganda actors on your platform.” 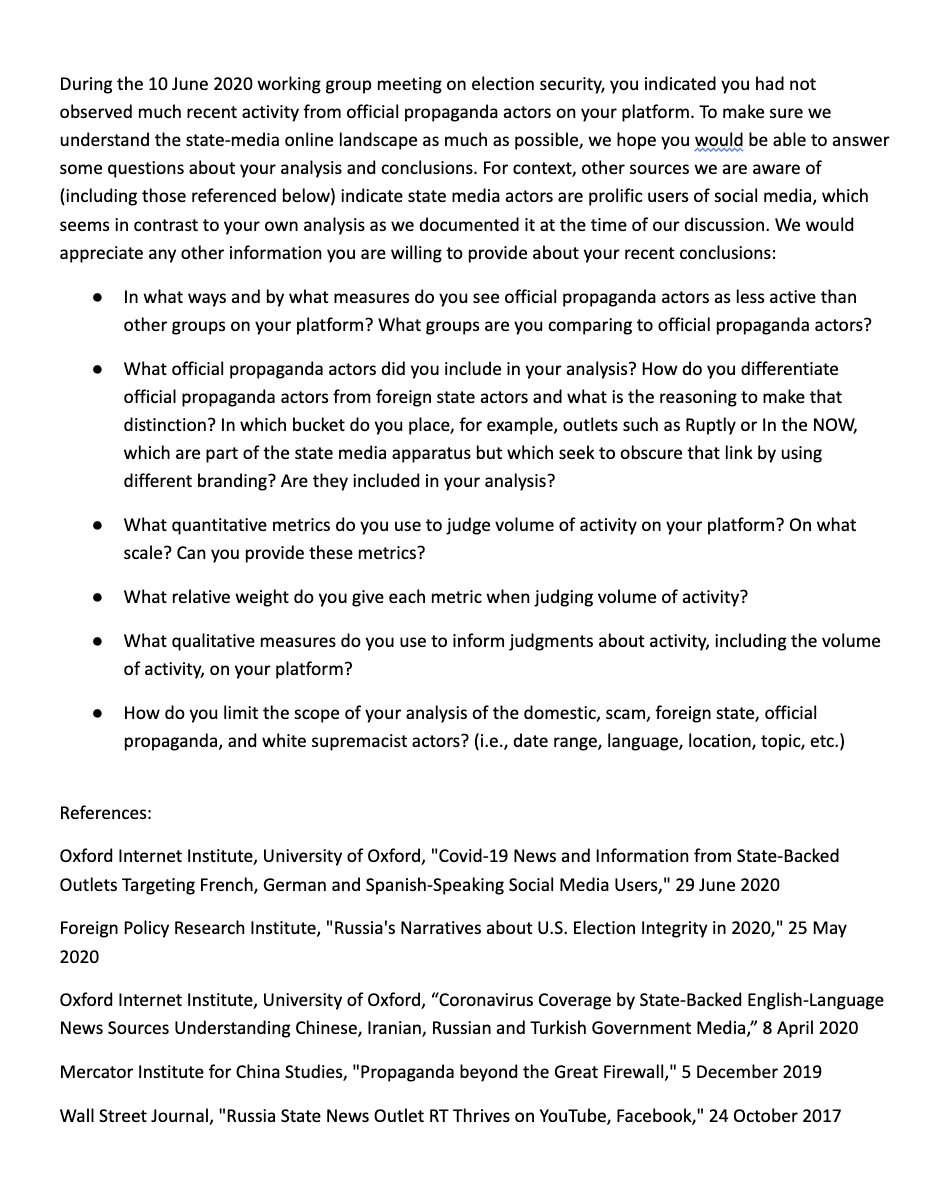 would think that would be good news. The agencies seemed to feel otherwise. (4.One) Chan underscored this: “There was quite a bit of discussion within the USIC to get clarifications from your company,” he wrote, referring to the United States Intelligence Community. The task force demanded to know how Twitter came to its unpopular conclusion. Oddly, it included a bibliography of public sources – including a Wall Street Journal article – attesting to the prevalence of foreign threats, as if to show Twitter they got it wrong. Roth, receiving the questions, circulated them with other company executives, and complained that he was “frankly perplexed by the requests here, which seem more like something we’d get from a congressional committee than the Bureau.”

He added he was not “comfortable with the Bureau (and by extension the IC) demanding written answers.” The idea of the FBI acting as conduit for the Intelligence Community is interesting, given that many agencies are barred from domestic operations. He then sent another note internally, saying the premise of the questions was “flawed,” because “we’ve been clear that official state propaganda is definitely a thing on Twitter.” Note the italics for emphasis.

Roth suggested they “get on the phone with Elvis ASAP and try to straighten this out,” to disabuse the agencies of any notion that state propaganda is not a “thing” on Twitter. This exchange is odd among other things because some of the “bibliography” materials cited by the FITF are sourced to intelligence officials, who in turn cited the public sources. The FBI responded to Friday’s report by saying it “regularly engages with private sector entities to provide information specific to identified foreign malign influence actors’ subversive, undeclared, covert, or criminal activities.” 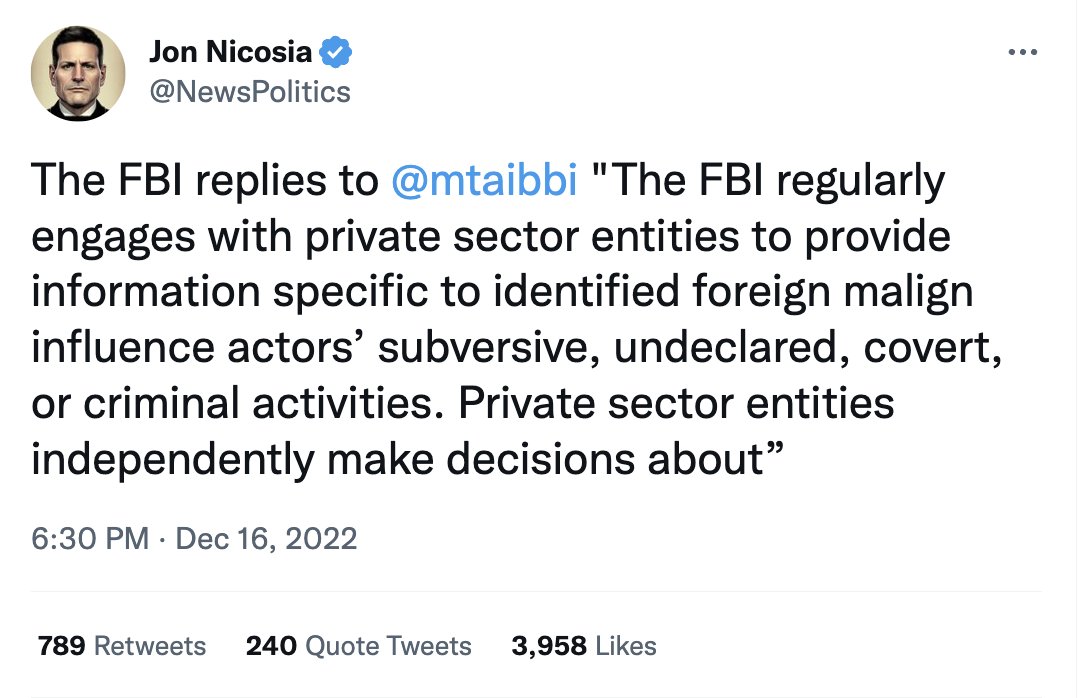