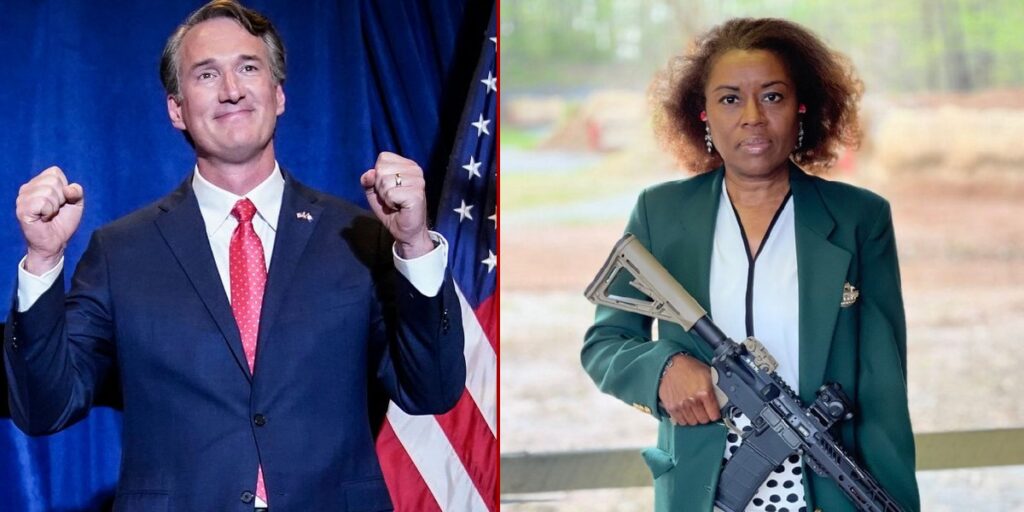 Virginia’s new governor Glenn Youngkin took office and immediately eased doubts that he was a pretender who fleeced the many Republican and independent voters who had handed him victory. Youngkin had defeated former Virginia governor and ex-DNC chair Terry McAuliffe in large part by running against Covid mandates and Critical Race Theory being taught in schools.

Youngkin raised red flags for many voters when he made remarks in November implying that he wouldn’t block any local Covid mandates, but he wouldn’t issue any new ones, either.

“Localities are going to have to make decisions the way the law works, and that is going to be up to individual decisions. But, again, from the governor’s office, you won’t see mandates from me,” Youngkin said.

But on his first day in office on Saturday, Youngkin sent a clear message that he was not a wolf in sheep’s clothing, as some voters had feared: The new Virginia governor would be immediately putting an end to statewide Covid mandates.

“Youngkin also signed an order that bans the teaching of critical race theory, a major focus of the 2021 campaign,” Axios noted.

Youngkin’s Day 1 Executive Orders, per his office, include:

“Youngkin’s inaugural address, delivered overlooking the city of Richmond from the South Portico, relied heavily on rhetoric from his campaign for governor: That Virginia is not, but could be, ‘the best place to live, work and raise a family,’ and that public liberties have been subjugated by the outgoing party,” the liberal Richmond Times-Dispatch reported.

“During the 60 day legislative session that began Wednesday Youngkin will try to move his agenda through a divided legislature, in which Republicans hold a 52-48 edge in the House of Delegates and Democrats hold a 21-19 edge in the state Senate,” the Times-Dispatch noted.

“I come to this moment, and to this office, knowing we must bind the wounds of division. Restore trust. Find common cause for the common good. And strengthen the spirit of Virginia,” Youngkin said. “And to be clear this spirit of Virginia is not about government deciding for us what is best for us.”

Youngkin’s executive actions elicited a mix of enthusiasm and relief from many of his supporters.

Ironically, Terry McAuliffe indicated that he would not be at the swearing-in ceremony because he and former first lady Dorothy McAuliffe were quarantining because of close contact to someone infected with COVID-19, according to a tweet on Saturday.

“We wish Glenn Youngkin and the new administration well today as they start their term!” McAuliffe said.

Youngkin’s lieutenant governor is also garnering attention for her own swearing-in ceremony.

It looks like the Youngkin/Sears administration isn’t fooling around.