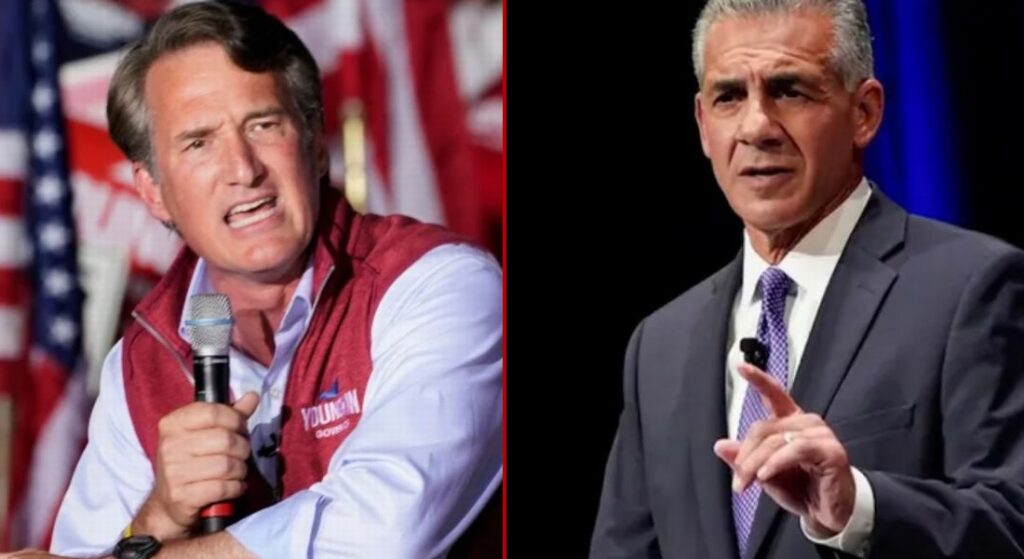 The Commonwealth of Virginia’s next governor will be Glenn Youngkin, according to numerous respected elections analysts.

Decision Desk HQ has also called the race for Youngkin.

Newsmax has called the race for Youngkin, as well.

Newsmax projects Glenn Youngkin as the winner in Virginia. 🇺🇸🇺🇸🇺🇸🇺🇸🇺🇸

The New York Times currently has Youngkin up 9 points with 74% in. However, Fairfax County is yet to report all of its results. It earlier announced delays and that it will ‘rescan’ ballots. 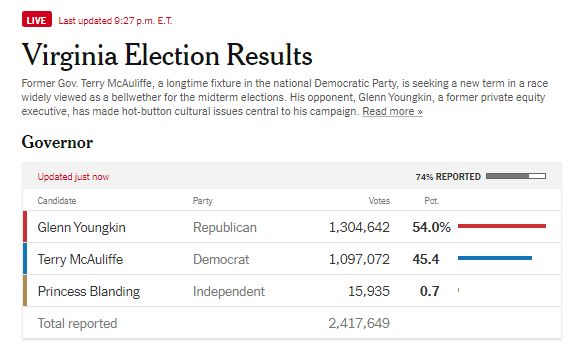 In addition, the Virginia attorney general’s race was also called for the Republicans.

Joe Biden was awarded the Commonwealth of Virginia in the 2020 election with a reported margin of 10 points.

A victory by Glenn Youngkin would be a repudation of the radical Biden agenda. Terry McAuliffe has campaign hard against parents having a say in their children’s education and has pushed extreme vaccine and mask mandates, even for children.

The Washington Post earlier reported that the ‘souring view’ of Biden loomed larged over the Virginia election:

A year ago, Biden won Virginia by 10 percentage points, riding a wave of antipathy toward President Donald Trump to place the commonwealth solidly into the Democratic column. But with the eyes of the political world back on Virginia for statewide elections on Tuesday, Biden’s sinking popularity has emerged as a key factor dragging down hopes of another party victory and making the state look, once again, more like a battleground than a Democratic stronghold.

Regardless of the final outcome Tuesday, the tight race in what many had believed to be a safe blue state underscores the extent to which Americans hold souring views of Biden looms over his party ahead of next year’s congressional midterms and the 2024 presidential election.

Meanwhile, the New Jersey Governor’s race is much closer than experts anticipated. Incumbent Phil Murphy is only leading by one percent in a blue state that went heavily for Biden in 2020. 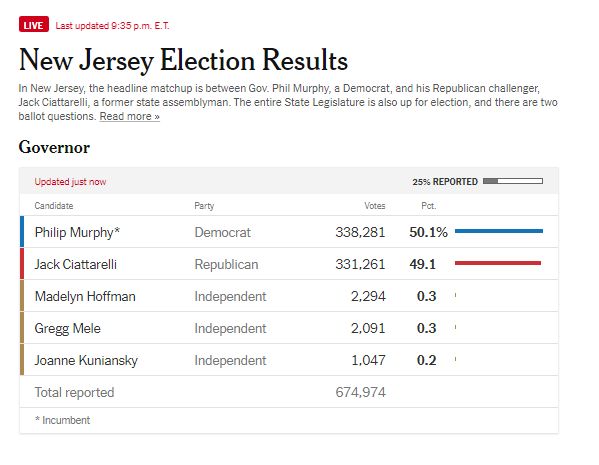 Update: Jack Ciattarelli is now in the lead.

JACK IS IN THE LEAD #NewJersey pic.twitter.com/tsYkH5R3hZ

In the 2020 election, Biden won New Jersey by 16 points. Even a close result in the 2021 governor’s race signals that the 2022 midterm elections are setting up to be an absolute bloodbath for the Democratic Party.