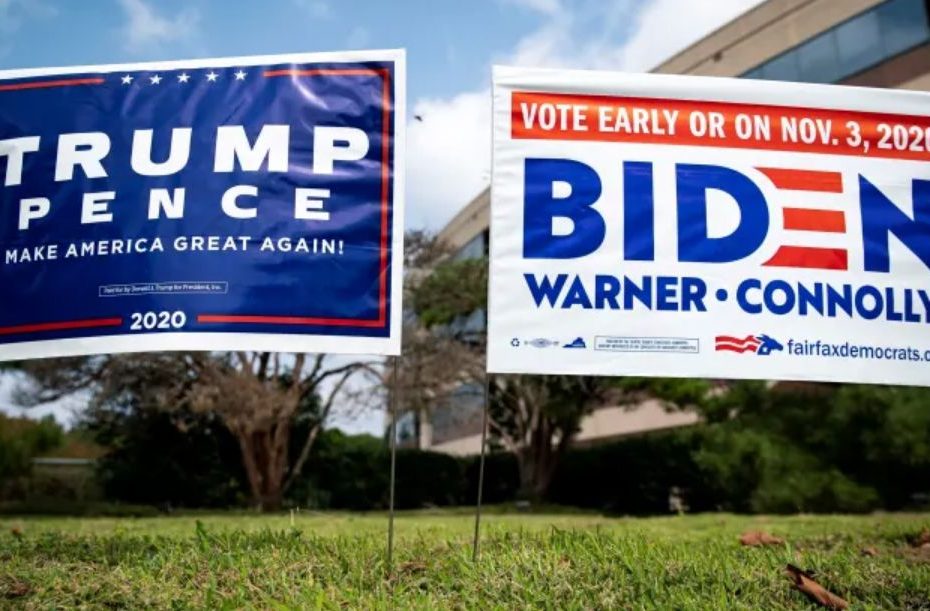 The Virginia Election Integrity Unit earlier dismissed a county elections official for 2020 voting irregularities and charged her with two felony counts of corrupt conduct and making a false statement. While it is not entirely clear what happened, the reported backstory reveals that the Democrats’ complaints about her dismissal are hollow, indeed.

The Washington Post recently reported on the felony counts facing the ex-voting official and her summary dismissal. It is essential background reading for understanding a glaring anomaly in Virginia’s 2020 election that has raised red flags with some veteran political observers.

“Michele White, the ex-Prince William County registrar of voters, said in her first comments on the criminal charges against her that the case is an attack on Virginia’s election officials and could have a chilling effect on their ability to do their job,” the Washington Post reported on October 7.

“White said she did nothing ‘wrong or illegal’ in conducting the vote, but she has not yet been told the exact nature of the allegations,” the report continued.

“White was indicted last month on two felony counts of corrupt conduct and making a false statement as an election official, as well as a misdemeanor for willful neglect of duty by an elected official,” the Washington Post added. “The conduct is alleged to have occurred during the 2020 election season.”

“White resigned from her job in April 2021, following an emergency meeting of the Prince William County elections board,” the Post went on. “White said the board asked for her resignation, but did not explain why.”

“Now that we have a Republican governor, who is out campaigning for other Republican governors who claim the election was stolen, I feel that my unexplained resignation and the personal agendas of a few aggrieved staff have created an opportunity for the Governor to use me as a way to show a need for the Election integrity Unit,” White wrote in a text message. “It’s just a good show.”

The Democratic Party is screaming bloody murder about the Election Integrity Unit (which is a pretty good sign that it is onto something, for reasons that will be explained below).

“Virginia Attorney General Jason S. Miyares’s recent announcement that he will staff an ‘Election Integrity Unit’ with 20 attorneys from his office is just the latest indicator that Virginia’s self-anointed ‘top cop’ cares more about executing on the priorities of his far-right political benefactors than delivering on the priorities of everyday Virginians,” Miyares argued with typical hyperbolic flare.

“This sham unit, in fact, constitutes a solution in search of a problem, threatens the voting rights of Black and Brown Virginians and is an unconscionable allocation of limited resources,” he claimed without merit.

“Although Georgia’s election system is not perfect, the challenged practices violate neither the constitution nor the [Voting Rights Act] VRA,” District Court Judge Steve Jones wrote.

President Joe Biden, for his part, had blasted the Georgia election laws by arguing, “This makes Jim Crow look like Jim Eagle.” Chuck Schumer and other Democrats also dredged up the ugly and cynical Jim Crow law analogy.

It’s yet another blow to the Democrats’ narrative they will completely ignore, because the goal appears to be to weaken election integrity laws as much as possible. Voters can guess the reasons why the Democrats keep blatantly misleading voters on this issue.

Back to the story. Dr. Benjamin Braddock, whose work helped to flag the Prince William County anomalies, explains one plausible reason why Michele White no longer has a job as the registrar of voters.

“Hasn’t gotten attention but Virginia AG Jason Miyares created an election integrity unit last month and they’ve already indicted the elections director of the third largest county in VA (where I identified serious anomalies in the 2020 election),” Braddock said on Twitter. “Virginia will be in play in ‘24.”

“The main anomaly was that in VA-01, [Republican] Rob Whitman’s district, 1 out of 4 Biden voters did not vote in the congressional race,” he continued. “Why? Because if they had, Whitman would’ve lost. But if Whitman thought he was losing, he would have had his lawyers investigate. Basically, they could run the op on Trump because he had no legal team in Virginia – his campaign falsely believed it was solidly blue – but they didn’t run it on local pols because those guys had organizations that could fight it.”

“When I pointed out the undervote anomaly, the screenshot went viral almost immediately. Within an hour, the reporting totals started changing,” Braddock added. “An hour after that, the tweet was taking down [sic] even though I made no statement about it – just that it was ‘unusual’.”

“On September 7, the grand jury convened by AG Miyares handed down a sealed indictment against the 2020 Elections Director in Prince William Co,” he continued. “We don’t have details yet, but there are two felony counts and one misdemeanor. The state board of elections was who asked the AG to investigate the elections director. Youngkin’s appointees are putting in the Lord’s work. There is a long history of this sort of thing in America. It’s why I don’t think 2020 takes electoral politics off the table. Kushner and Parscale failed to put together a competent legal team. Trump knew what was up but his key people didn’t believe him.”

Dr. Braddock then included the original screenshot that Twitter had initially suppressed.

This was the original screenshot, followed by my IP address being blocked from accessing the state website for elections results, followed by some wild shifts in reported totals. pic.twitter.com/9ygn7SoGpi

Braddock provided an example of a sizable disparity or “undervote.” 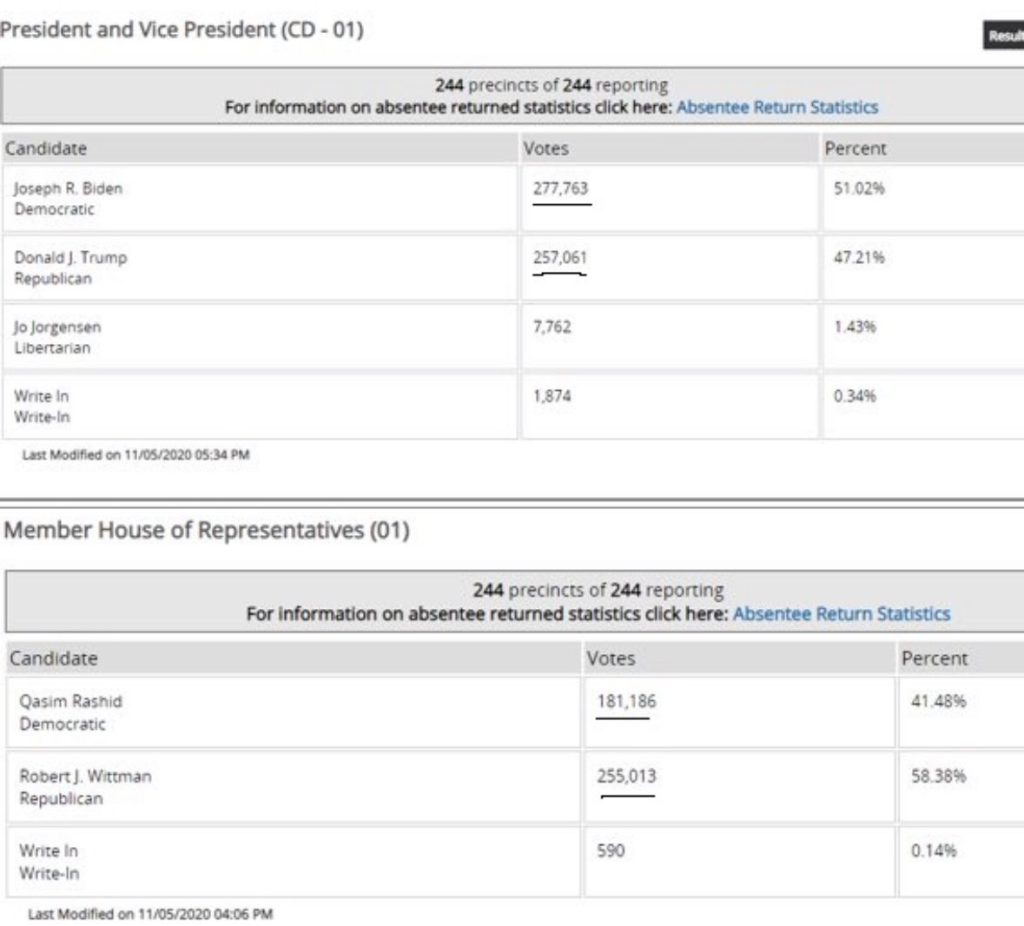 The Virginia case is an outstanding example of the kinds of things Americans should look for in the upcoming 2022 elections: Disparities in state-wide and district-level elections, and in 2024, disparities in the presidential vote and statewide and local vote tallies.

The Democratic Party can howl all it wants: The American people are getting wise to their games. Their future attempts at rigging elections in red states are going to get much harder moving forward.