This week, U.S. Senator Roger Marshall released Fauci’s unredacted FY2020 financial disclosures. The document dump following a heated exchange between Fauci and Marshall in the Senate, which prompted the public health official to call the senator a “moron.”

Fauci’s unredacted financial disclosures can be viewed in full here. A sample of the most relevant documents is provided below: 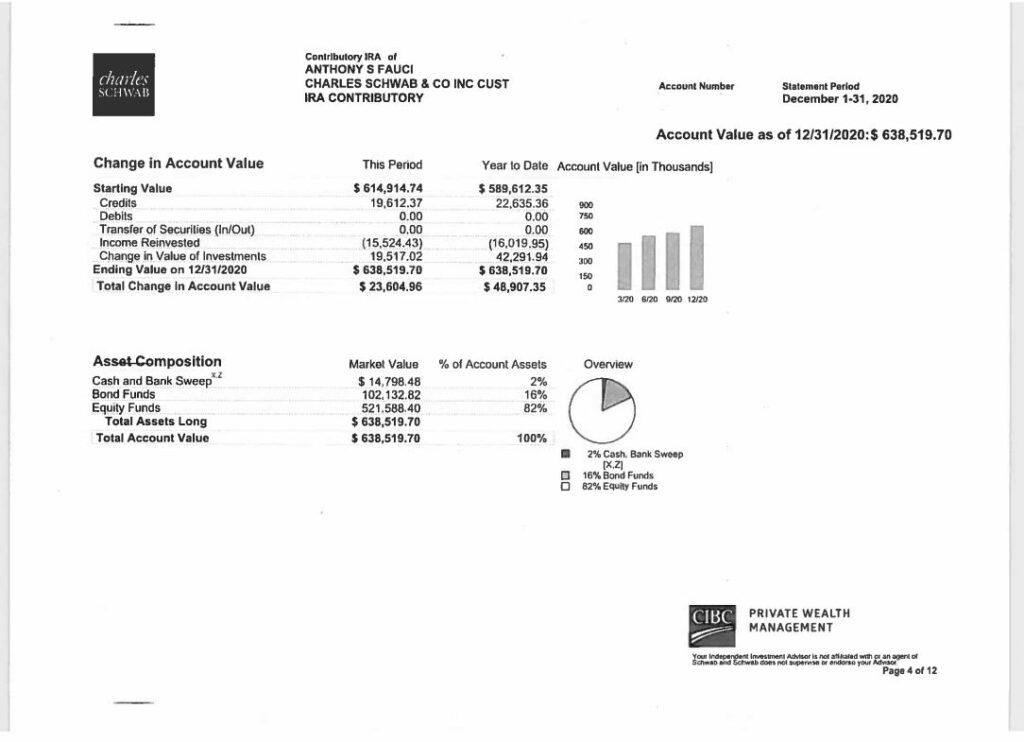 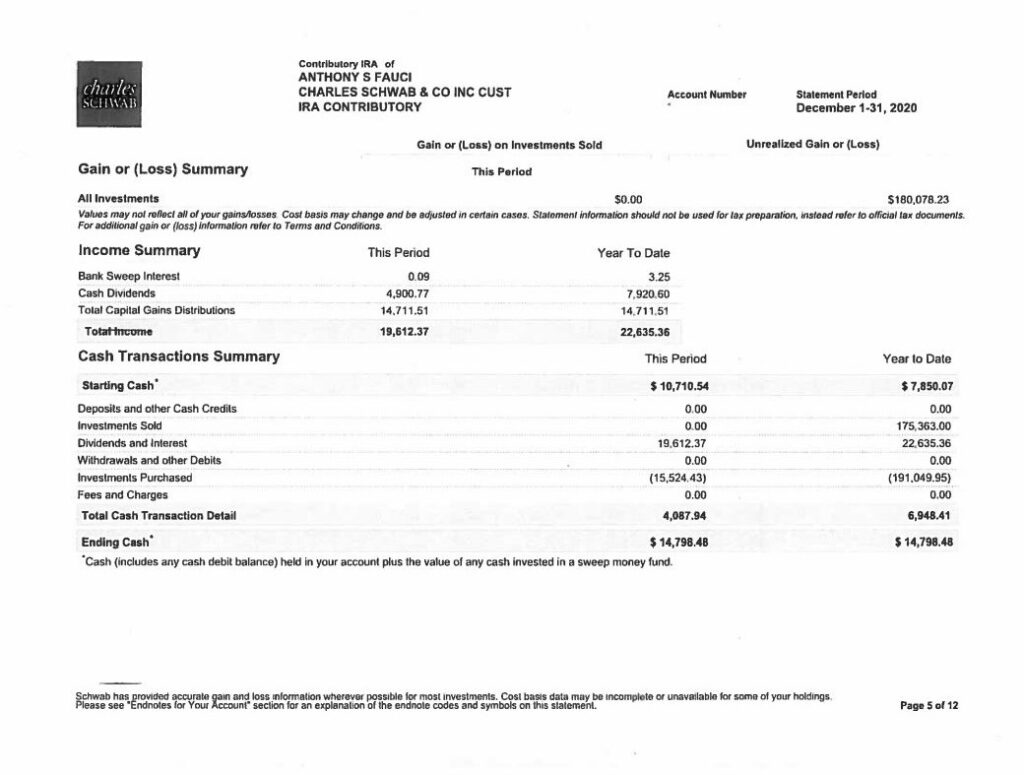 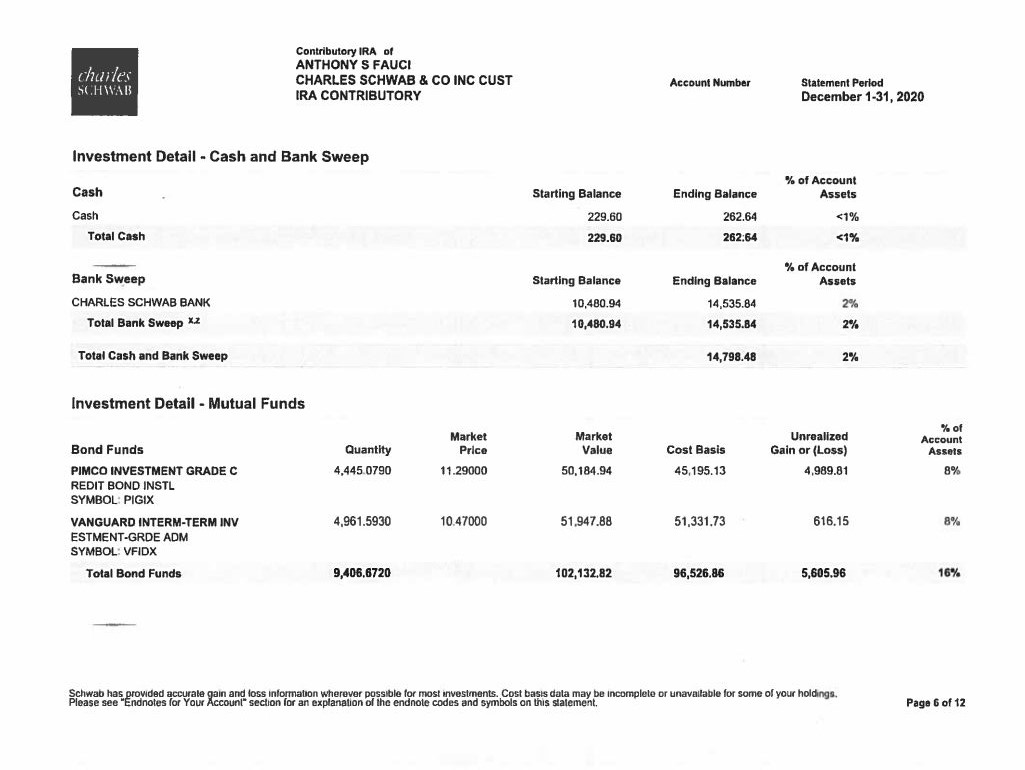 “Dr. Fauci lied to the American people,” Senator Marshall said. “He is more concerned with being a media star and posing for the cover of magazines than he is being honest with the American people and holding China accountable for the COVID pandemic that has taken the lives of almost 850 thousand Americans.”

“Just like he has misled the American people about sending taxpayers dollars to Wuhan, China to fund gain-of-function research, about masks, testing, and more, Dr. Fauci was completely dishonest about his financial disclosures being open to the public – it’s no wonder he is the least trusted bureaucrat in America,” he added. “At the end of the day, Dr. Fauci must be held accountable to all Americans who have been suing and requesting for this information but don’t have the power of a Senate office to ask for it. For these reasons, I will be introducing the FAUCI Act so financial disclosures like these are made public and are easily accessible online to every American.”

“Some on the right have speculated that Fauci may have profited off the pandemic,” Andrzejewski said. “The disclosures show that he’s invested in fairly broadly targeted mutual funds, with no reported holdings of individual stocks.”

Fauci, however, has gotten rich at the expense of American taxpayers.

Oxfam recently reported that the world’s top ten billionaires doubled their wealth from $700 billion to $1.5 trillion during the pandemic. This amounts to an average of $1.3 billion a day, or $15,000 a second, during the global pandemic.

The U.S. Supreme Court, which has been tasked with deciding important cases involving Covid-19, including a federally funded healthcare vaccine mandate that it recently upheld, has several members who hold pharmaceutical assets.

The report noted that Justice Breyer has “sizable investments in companies that are positioning themselves as service contractors to deal with the regulatory requirements of the health-care-reform law,” such as Automatic Data Processing ($15,000 to $50,000). Justice Samuel Alito also owned shares in health-care stock, including $45,000 in Bristol-Myers Squibb. Justice Alito, however, ruled against both Biden vaccine mandate cases, and even issued a dissent.

Supreme Court Justices are urged to recuse themselves from cases where the fiduciary impact of a decision may be more than $25 to their personal assets.

The world’s ‘one percent’ has gotten extraordinarily rich over the course of the Covid pandemic. It is one powerful explanation for why many of the richest and most powerful people apparently don’t want the pandemic, or the massive revenue streams it has created, to come to an end.