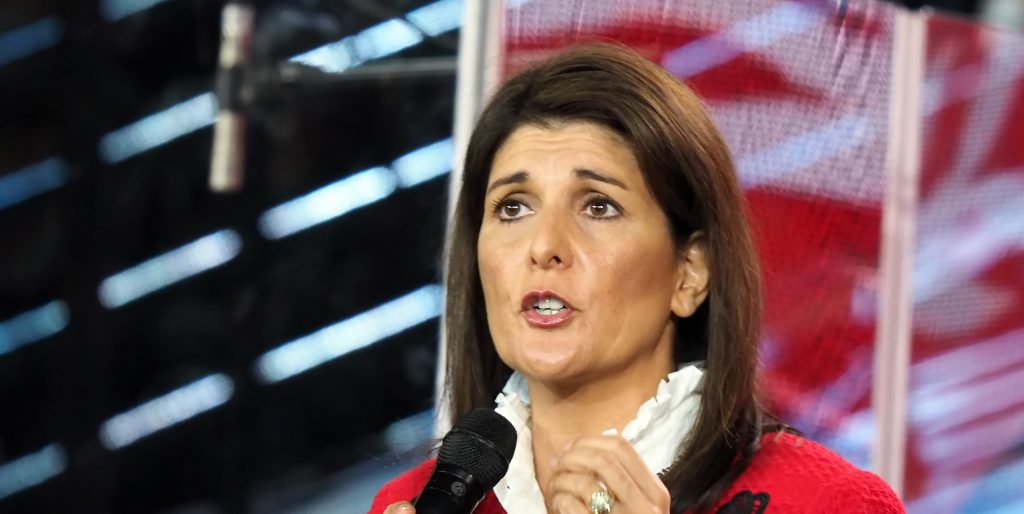 Former Ambassador to the U.N. seems ready to move on from her withering criticism of Donald Trump after the Capitol riots. But there are many diehard Trump supporters saying, “not so fast.”

Haley gave the following praise of Donald Trump’s well-received CPAC speech after his return to the public venue.

Strong speech by President Trump about the winning policies of his administration and what the party needs to unite behind moving forward. The liberal media wants a GOP civil war. Not gonna happen.

“Strong speech by President Trump about the winning policies of his administration and what the party needs to unite behind moving forward” she tweeted. “The liberal media wants a GOP civil war. Not gonna happen.”

Nice try Nikki. You turned your back on us when you thought Trump was down in order to seek political gain. He gave you every opportunity to shine under his administration. Instead of gratitude, you dumped Trump at the very 1st sign of duress. That's just being a crappy person.

We’re not supporting you in any future political aspirations. We know who you are.

Haley had made comments in a Politico interview about Donald Trump following the planned Capitol building attack that indicated her belief that he was politically finished.

“He’s not going to run for federal office again,” Haley added in response to a question about Donald Trump’s future.

Then she heaped on the certitude tht Donald Trump should not have a future with the Republican Party.

It should be noted that she qualified these strong statements to a slight degree in the remainder of the interview.

“Nor do I think the Republican Party is going to go back to the way it was before Donald Trump,” she said. “I don’t think it should. I think what we need to do is take the good that he built, leave the bad that he did, and get back to a place where we can be a good, valuable, effective party. But at the same time, it’s bigger than the party. I hope our country can come together and figure out how we pull this back.”

One thing that Haley seems to be doing now is ‘pulling back’ from her earlier assessment that Trump’s future was done in the Republican Party. This was a straw poll taken at CPAC:

Donald Trump *might* still be popular among conservatives. 55% at @CPAC chose him as the top 2024 candidate, leading FL Gov. Ron DeSantis at 21%.🔻 pic.twitter.com/W52SJXgVs3

While Donald Trump came out on top of CPAC’s preferred primary candidate field at 55 percent, Haley finished fourth with 3 percent.

It is certainly true that a GOP “civil war” is the last thing the Republican Party needs right now. Donald Trump himself shot down the idea that he is forming a third party during his CPAC speech.

“We have the Republican Party, it’s going to united and stronger than ever before,” he said. “I am not starting a new party that was fake news.”

Another thing that was “fake news”: Donald Trump is finished in American politics.