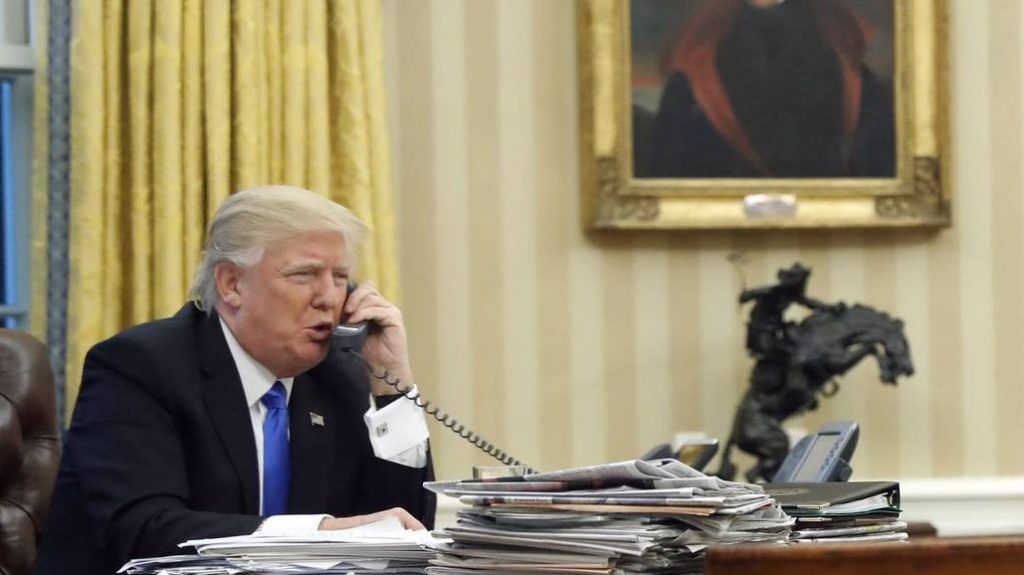 The news broke, two months after it would have mattered, that the Washington Post’s highly damaging and misleading report that former President Donald Trump tried to ‘steal’ the Georgia election was itself fraudulent.

President Trump urged Georgia’s lead elections investigator to “find the fraud” in a lengthy December phone call, saying the official would be a “national hero,” according to an individual familiar with the call who spoke on the condition of anonymity because of the sensitivity of the conversation.

The Washington Post corrected its “report” on March 11th:

The correction shows what intelligent political observers knew all along: That President Trump was merely telling Georgia Secretary of State Brad Raffensperger and his staff to count the legal votes, but find and throw out the illegal votes.

The damaging report undoubtedly played a role in the Georgia special elections, which lost the Republicans the Senate. It was also mentioned in the House Democrats’ deceptive impeachment case.

The claim that Trump wanted to commit fraud, rather than ‘find the fraud’ (in order to eliminate it), was repeatedly breathlessly on CNN, MSNBC, and other networks. It was spread throughout the bottom-feeding left-wing media eco-system.

The Post was not the only publication to issue a damning retraction. CNN did as well.

Editor’s note: An earlier version of this story, published January 9, presented paraphrasing of the President’s comments to the Georgia elections investigator as direct quotes. The story has been updated following the discovery of an audio recording of the call.

But here’s the worst part of the story: The Georgia Secretary of State’s office reportedly attempted to cover its tracks. The recording was purportedly ‘found’ in the trash bin and that is the only reason that the Washington Post and others had to issue the retraction.

You may have missed this correction from The @WashingtonPost in which the paper retracted its false reporting that President Trump told @GaSecofState investigators to “find the fraud.” pic.twitter.com/QH2ZBg4Kmr

“You may have missed this correction from [The Washington Post] in which the paper retracted its false reporting that President Trump told [the GA Sec. of State] investigators to ‘find the fraud,'” Chairman of the GA Republican Party David Schafer tweeted.

The Secretary of State’s office secretly recorded the conversation, mischaracterized its contents to The Washington Post and then attempted to delete the recording. It was recently discovered in a laptop “trash” folder as part of an open records search.

“The Secretary of State’s office secretly recorded the conversation, mischaracterized its contents to The Washington Post and then attempted to delete the recording,” Shafer continued. “It was recently discovered in a laptop ‘trash’ folder as part of an open records search.”

The Wall Street Journal first published the full contents of the call on Thursday, thus forcing the hand of the Washington Post and other outlets to ‘come clean’ on their misleading reporting.

This report seals the deal that the original story was not a ‘mistake,’ but was intentionally misleading. Fortunately, the cover-up failed.