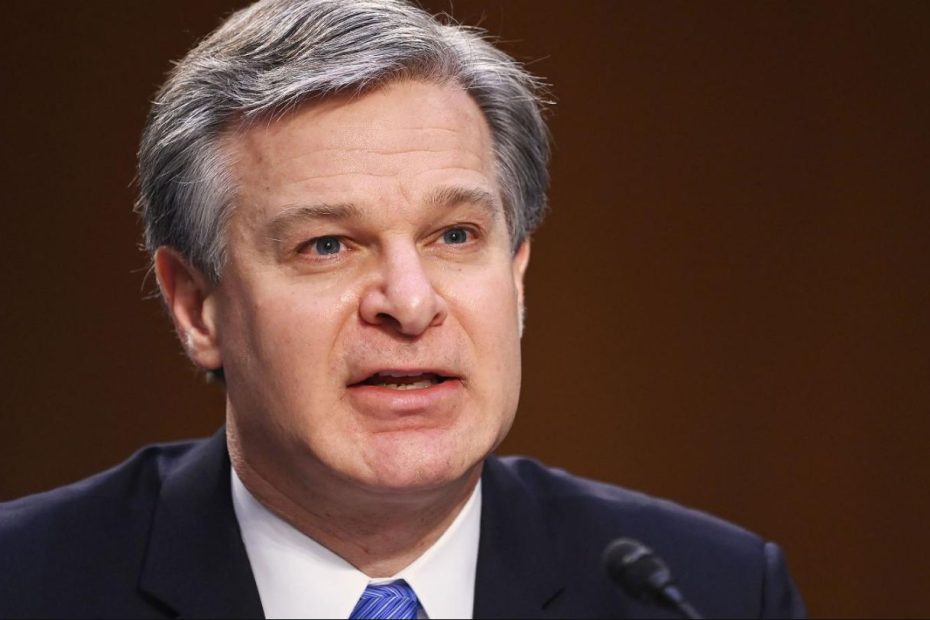 FBI Director Chris Wray had endured a Senate Judiciary Committee hearing on Thursday by evading hard questions on everything from the FBI’s role in the January 6 investigation to the Hunter Biden laptop scandal.

Wray had dodged accountability for the Russia collusion hoax and refused to explain the the law enforcement agency’s partisanship on his watch. The FBI director did manage to concede that reports about alleged obstruction in the Hunter Biden probe were ‘deeply troubling.’

The FBI director cut his grilling short by copping the excuse he had a plane to catch,’ however. As the New York Post reported last week:

Allegations that biased FBI agents shielded first son Hunter Biden from criminal investigations are “deeply troubling,” FBI Director Christopher Wray was forced to admit Thursday under grilling from Republican senators — before cutting the Q&A short by claiming he needed to catch a flight.

The top Republican on the Senate Judiciary Committee, Chuck Grassley (R-Iowa) noted that Wray wasn’t flying commercial and pleaded in vain for the FBI chief to reschedule the departure of his government jet.

Miranda Devine of the Post was able to divine the actual reason for Wray absconding from the Senate heating. It was relaxation time.

When the hearing ended at 1:30, Wray ambled over to Grassley to shake his hand. The microphones picked up some of the exchange.

Grassley, a courtly row-crop farmer from Butler County, Iowa, who has a shrewd Columbo-esque tendency to ask “just one more thing,” leaned forward: “I assume you’ve got other business.”

And off he sauntered, minions in tow.

Grassley’s staff did not know where Wray was going after the hearing and FBI public affairs did not respond to an email Sunday by press time.

But the luxury FBI Gulfstream Wray uses was recorded on Flightradar24 making the one hour and 12 minute flight later that afternoon to bucolic Saranac Lake in the Adirondacks, which happens to be a favorite summer destination since his childhood, when he used to hike the High Peaks and fish for trout, according to the Adirondack Daily Enterprise.

Wray, 55, who attended the Buckley School on the Upper East Side and the private Phillips Academy in Andover, Mass., graduated from Yale University, the alma mater of his father, Cecil Wray, who was Adirondack Park Agency Commissioner for 14 years.

The FBI’s Gulfstream made another trip to Saranac Lake on Thursday, June 2, returning to Washington, DC on Sunday, June 5.

The Biden administration is now so brazen that officials act like Congressional testimony is a joke. And who could blame them? When was the last time anyone was held accountable for perpetrating crimes against the American people, such as carrying out the Russia hoax, the Biden family’s influence-peddling schemes, or rigging the 2020 election?