Now That the Pandemic is Over, the CDC Reveals Just How Many Americans Have Covid Immunity

The Covid pandemic is effectively over. There are murmurs about an Omicron BA.2 ‘subvariant’ and trenchant warnings from the Biden administration about the next pandemic, but for all intents and purposes, Normal America has moved on.

So, now that the smoke has cleared from the rubble of dilapidated main streets, littered with shuttered small businesses, food shortages that are compounded by supply chain dislocation, only made worse by surging gas prices that the president recently blamed in part on the Covid pandemic, and skyrocketing inflation that is fueled by the government shoveling $6 trillion into the corporate furnaces of unquenchable profits, the government wants the American people to know something very important.

Covid natural immunity is real. And not only that, almost all Americans in the country today have it.

“According to a Centers for Disease Control and Prevention survey of blood donor samples, conducted in December and updated last month, an estimated 95% of Americans ages 16 and older have developed identifiable Covid antibodies,” CNBC reported on Tuesday. “Those come from both vaccinations — roughly 77% of the U.S. population has received at least one Covid vaccine dose, according to the CDC — and prior Covid infections.”

On Wednesday, CDC Director Rochelle Walensky testified before the House Select Subcommittee on the Coronavirus Crisis. She referenced the 95% immunity figure in her testimony.

Similarly to vaccinated immunity, ‘natural immunity’ or ‘infection-induced immunity’ does not mean that one cannot be re-infected. However, it does mean that the body is able to mobilize antibodies in order to fight off the infection.

Dr. Timothy Brewer, a professor of medicine in the division of infectious diseases at the David Geffen School of Medicine at UCLA, told CNBC that “the 95% estimate is ‘probably close to accurate’.”

That’s true. As the CDC earlier admitted, natural immunity is superior to vaccinated immunity — and longer-lasting, as well.

Dr. Brewer, however, claimed that there is a lack of ‘good data’ on antibodies from natural infection.

“I am not aware of good data for the duration of antibodies from natural infection,” Brewer claimed.

Johns Hopkins University found in its landmark study published in January that 99% of unvaccinated people who had Covid infections gained robust “natural immunity” that did not diminish for at least 650 days. 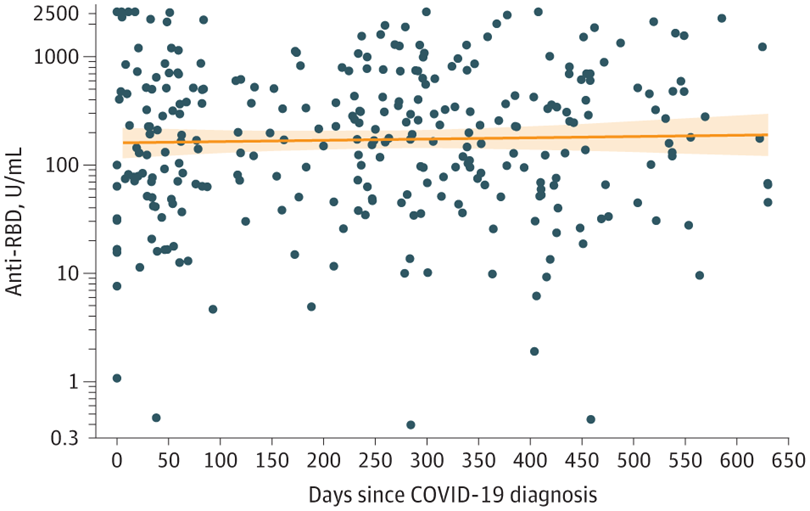 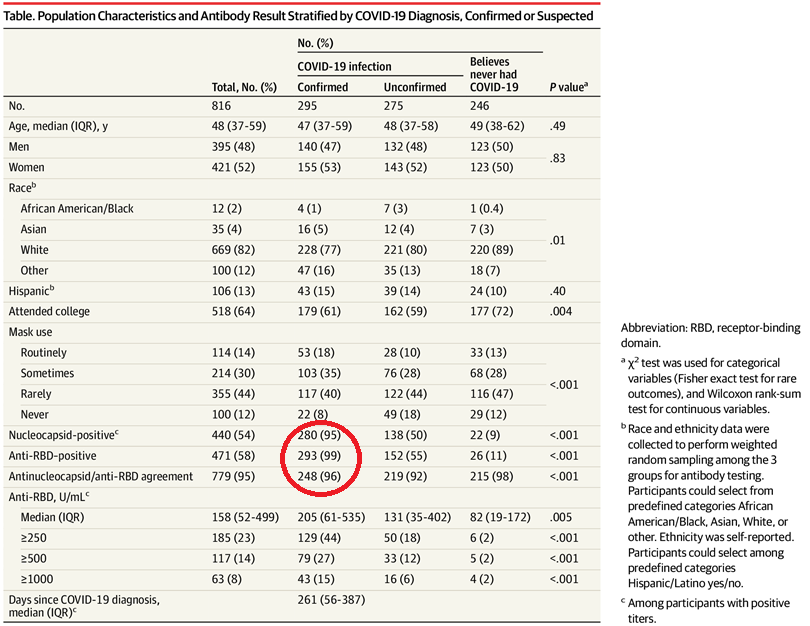 A CDC-sponsored database in partnership with Yale, Harvard, and Stanford universities showed with state-level data in January that the overwhelming majority of Americans have had prior infections. 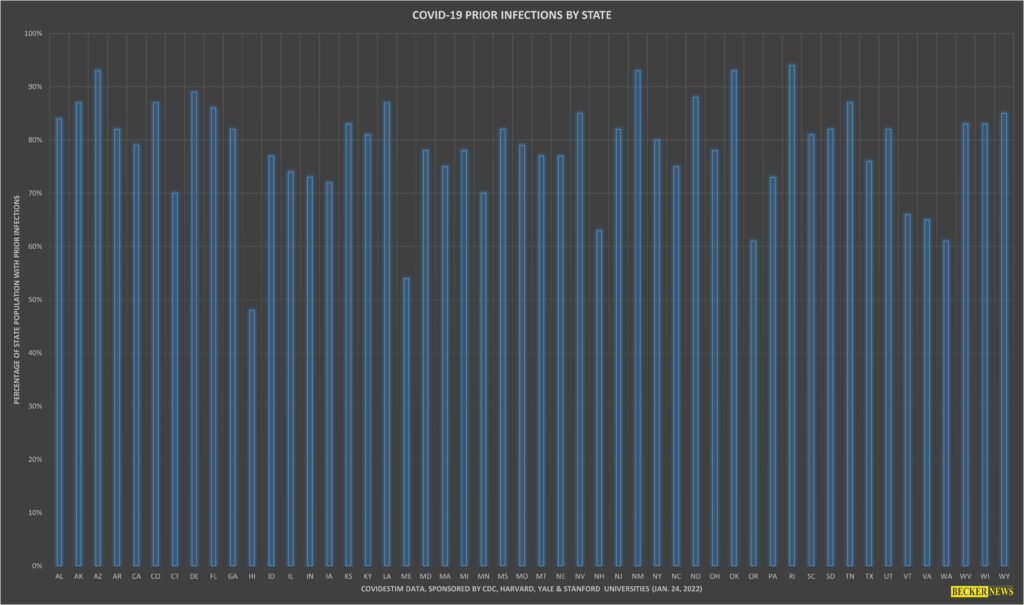 The CDC itself claims there were 146.6 million prior infections in the United States as of September 2020. Based on its calculation and the current reported 80 million “cases,” this would put prior infections and natural immunity at an estimated 280 million to 320 million people.

Yet, the most needless and devastating aspect of of the Covid pandemic response were the vaccine mandates, which turned a blind eye to the validity of natural immunity from prior infection. In healthcare facilities around the country, in private businesses over 100 employees (until this order was blocked by the courts), and in the U.S. military, proof of antibodies was dismissed out-of-hand and American citizens were coerced with a ‘jab-or-job’ false choice that resulted in tens of thousands of fired employees.

There is no other conclusion to draw than the human wreckage caused by these policies was deliberate. The CDC was forced to admit in September 2021 that the vaccines do not stop the spread of Covid-19. Thus, there was no public health justification for vaccine mandates or passports.

The Biden administration has ignored or dismissed natural immunity, as well as the failure of vaccines to ‘stop the spread,’ throughout the pandemic. Even Dr. Anthony Fauci, prior to the Covid pandemic, admitted that “the best vaccination is to get infected.”

It is virtually indisputable that the public health industry knowingly committed fraud against the American people in order to sell the vaccines at the behest of the pharmaceutical industry. Now that the Covid pandemic is over, and the government has gotten nearly 220 million Americans ‘fully vaccinated,’ the truth has finally come out.

Hillary Clinton and DNC are Being Fined by the U.S. Government Over Russian Dossier Hoax