Now We Know Why Capitol Police Won’t Release Any of Those 14,000 Hours of Jan. 6 Footage — Congress is Blocking It 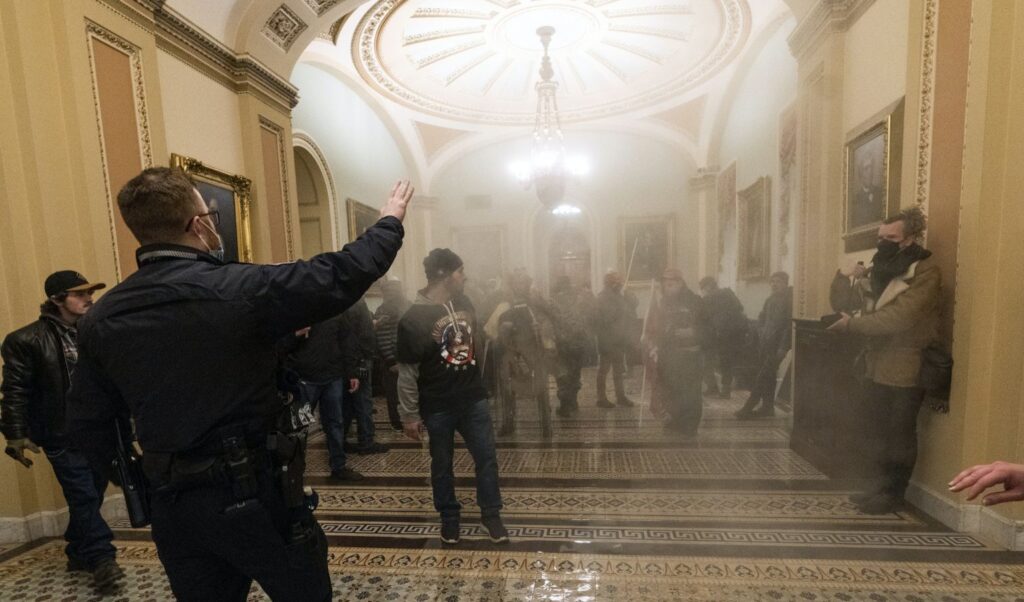 The U.S. public is purposefully being kept in the dark about what actually happened on January 6. But it isn’t Donald Trump or his associates that stand in the way — it’s the Democrat-led Congress.

The Capitol Police are seeking to shut down a legal request for its communications and surveillance video on January 6, as was requested in connection with a Judicial Watch lawsuit.

The Congress that oversees the Capitol Police has blocked it from releasing the footage, claiming preposterously it is not in the “public interest,” nor is it a matter of “public record.” It is also claiming “sovereign immunity.”

The Speaker Pelosi-led House “has argued that the videos and emails are not public records, there is no public interest in their release, and that ‘sovereign immunity’ prevents citizens from suing for their release,” Judicial Watch pointed out.

On January 21, 2021, Judicial Watch issued a request for the following:

According to Judicial Watch, the Capitol Police provided the following rationale to the court for continuing to withhold the requested information:

The USCP’s camera security system, including footage recorded by it within the Capitol and sought by [Judicial Watch], is solely for national security and law enforcement purposes.

Access to video footage from the USCP’s camera security system is limited to narrow circumstances and strictly controlled by USCP policy.

The USCP has not made any public disclosures of video footage from January 6 from its camera security system.

There are currently pending criminal investigations and prosecutions of individuals involved in the events at the U.S. Capitol on January 6, 2021.

There are currently pending congressional investigations into the events at the U.S. Capitol on January 6, 2021.

The Capitol Police’s excuse for not providing transparency to the public, more than one year after the highly controversial and politically consequential incident, did not satisfy Judicial Watch.

Judicial Watch President Tom Fitton added: “The Pelosi Congress (and its police department) is telling a federal court it is immune from all transparency under law and is trying to hide every second of its January 6 videos and countless emails.”

“The hypocrisy is rich, as this is the same Congress that is trying to jail witnesses who, citing privileges, object to providing documents to the Pelosi rump January 6 committee,” he added.

The January 6 event is being weaponized by the Democratic Party ahead of the 2022 midterms, but the Congress it runs is simultaneously blocking the American public from fully knowing what actually happened. The partisan January 6 committee’s track record not one where it is making an honest effort to uncover the truth, but one where it is evidently trying to bury it.