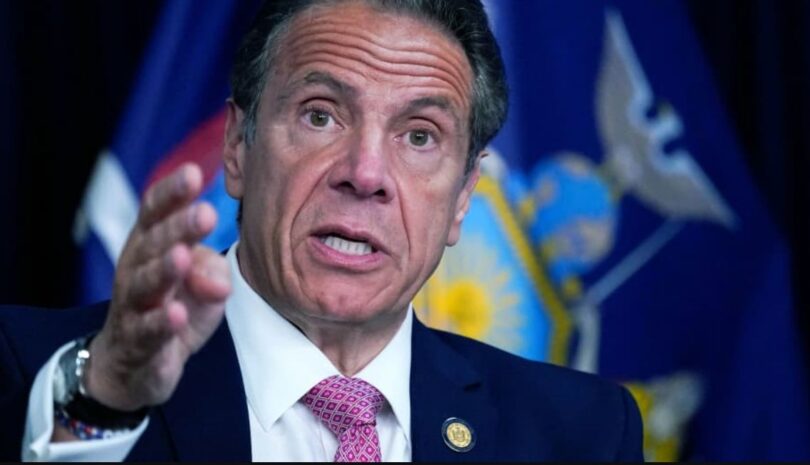 Disgraced former New York Governor Andrew Cuomo has had a very rough go of it.

First, he unnecessarily sent thousands of elderly New York state residents to an early demise due to a March 2020 Covid order. Then he was exposed by his own Attorney General Letitia James (who has her own sights set on the governorship) as having fudged the numbers out of fear of then-president Donald Trump’s Justice Department.

It turned out that Andrew Cuomo’s ‘Italian blood‘ had gotten the better of him on several occasions and he is reputedly a bit of a sexual predator. His Attorney General produced evidence that he had manhandled and groped several staffers and subsequently resigned. Then, the icing on the gelatto was his brother Chris Cuomo getting the ferragamo boot from CNN. Life comes at you fast when you’re a Cuomo.

The biggest hubris for Andrew Cuomo may have been his insufferable boasting about his disastrous stewardship over New York’s interminable Covid crisis. His book, “American Crisis: Leadership Lessons from the COVID-19 Pandemic,” is now a cautionary lesson to governors about unethical leadership and cashing in on deceit.

“The extraordinary resolution was approved by the Joint Commission on Public Ethics on Tuesday in a 12 to 1 vote — coming a month after the ethics agency voted to revoke its prior approval allowing Cuomo to earn outside income from his book, ‘American Crisis: Leadership Lessons from the COVID-19 Pandemic’ while he was still governor and New York was still battling the deadly viral bug,” the Post continued.

“JCOPE rescinded its approval after concluding that Cuomo violated pledges not to use state resources or government staffers to prepare the book,” the report added.

“The resolution, drafted by commissioner David McNamara, a Senate Republican appointee, said Cuomo now ‘lacked the legal authority to engage in outside activity and receive compensation in regard to the book’ since JCOPE rescinded its approval,” the report noted.

Former governor Cuomo had reaped quite a windfall for the book, while playing the grim reaper to thousands of seniors. The proceeds from the cash grab were reported by the Associated Depressed.

“New York Gov. Andrew Cuomo disclosed Monday that he was paid a $3.1 million advance to write his COVID-19 leadership book last year and under his publishing contract will make another $2 million on the memoir over the next two years,” the AP reported in May.

“That total windfall of more than $5.1 million further inflamed critics who have said it was inappropriate for Cuomo to personally enrich himself with a self-congratulatory book, published just as the state was seeing a deadly resurgence in infections last October,” the report added.

“At least 52,987 people have died of COVID-19 in New York, according to data compiled by Johns Hopkins University of Medicine,” the report noted.

“On March 25th, Governor Cuomo issued an executive order forcing nursing homes to receive patients from overflowing hospitals. The order mandates that “During this global health emergency, all NHs must comply with the expedited receipt of residents returning from hospitals to NHs”.

As a result over 4,500 COVID-19 patients were forcibly transferred from hospitals to nursing homes regardless of their capacity to accept them. According to the Associated Press, “New York has not mandated testing in its more than 1,150 nursing homes and long-term care facilities”.

In fact, the executive order went further to forbid the required testing of COVID-19 within the facilities. The language was as follows:

“No resident shall be denied re-admission or admission to the NH solely based on a confirmed or suspected diagnosis of COVID-19. NHs are prohibited from requiring a hospitalized resident who is determined medically stable to be tested for COVID-19 prior to admission or readmission.”

Not only were nursing homes compelled to accept patients that were hospitalized for COVID-19, but they were barred from conducting further tests to ensure continued safety.

This decree was “the single dumbest decision anyone could make if they wanted to kill people,” according to one critic. May there be at least one small glimmer of justice in the entire debacle: Andrew Cuomo won’t financially profit off of it.