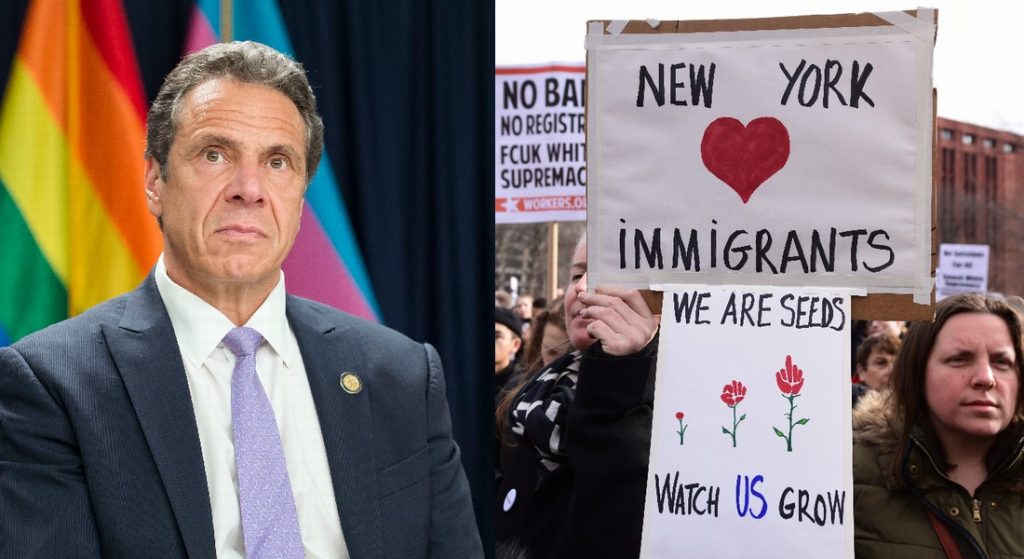 The State of New York has passed a new budget with major tax increases that will only drive more business from the declining state.

It is also carving out billions to cut one-time checks for illegal immigrants who lost work due to the state’s lockdowns.

The size of the checks? Over ten times that given to Americans in the last round of stimulus sent out by the Biden administration.

The bill includes $2.1 billion fund to provide “one-time payments for undocumented workers who did not qualify for federal stimulus checks or unemployment benefits,” the New York Times reported, “according to budget highlights released by the governor’s office.”

“New York will now offer one-time payments of up to $15,600 to undocumented immigrants who lost work during the pandemic,” the report continued. “The effort — a $2.1 billion fund in the state budget — is by far the biggest of its kind in the country and a sign of the state’s shift toward policies championed by progressive Democrats.”

The last round of “stimulus” payments sent to under the Biden administration’s plan began to be issued on Friday.

“That brings the total disbursed payments from the latest stimulus package to more than 156 million payments, worth about $372 billion,” reported USA Today. “The payments, which total up to $1,400 each per individual, were distributed mostly by direct deposits and paper checks.”

New York rewarding illegal immigrants with massive one-time payments comes amidst a surge in illegal migrants that has the Biden administration taking flak from all sides. While Biden now tries to deflect from his record by telling prospective illegal migrants such things as “don’t come” to America, his lip service only serves to underscore that the president knows his administration’s policies are harmful to America.

“The president campaigned on easing immigration controls, including a moratorium on deportations, an end to former President Donald Trump’s ‘wait in Mexico’ policy for asylum-seekers and halting construction of the border wall,” an NBC opinion piece noted in March. “That platform gave migrants good reason to believe it would be easier to get into the United States if he were elected.”

Biden has also begun building parts of the southern border wall begun under President Trump, drawing fire from radical critics. Meanwhile, New York state is handing out $15,600 checks to anyone from around the world who can make it into the state illegally — but not to American citizens whose livelihoods were decimated or destroyed by the governor’s reckless and unlawful lockdown policies.

The $15,600 checks being cut for illegal aliens while millions of Americans are struggling is the latest sign that the Democratic Party’s policies are a recipe for social discord and budgetary disaster.

The Big Apple is collapsing and surreal policies like the ones just passed in Albany is a primary reason why. The state is run by a governor whose corrupt administration hid thousands of nursing home deaths from the public and who has been credibly accused of sexual harassment by multiple aides. Meanwhile, the state’s draconian and arbitrary lockdowns have crippled small businesses, shuttering hundreds of them permanently. It has gotten so bad that many New Yorkers are throwing in the towel on the disastrously managed state.

Last year, tens of thousands of the richest New Yorkers fled the state — as many as 70,000, according to a Unacast report cited by Reuters. The spendthrift measures passed by Albany have set the state on a course for budgetary implosion and another round of blue state “bailouts” from the Biden administration.