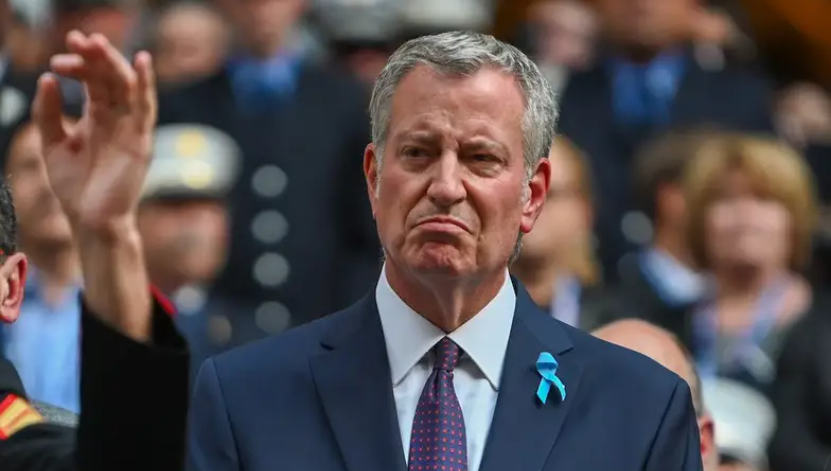 New York City’s Mayor Bill de Blasio issued a vaccine mandate on October 29. But in a ruling that throws into question the legality of the “mandate,” a judge for the Supreme Court of New York has blocked it.

“On Tuesday, Judge Frank P. Nervo in the Supreme Court of New York gave notice that the mandate was suspended, pending a hearing scheduled for December 14,” the report added.

“The ruling comes shortly after Mayor Bill de Blasio said the city would also require private-sector workers to be vaccinated by Dec. 27. That policy affects about 184,000 businesses,” the Wall Street Journal noted.

On Monday, New York City Mayor Bill de Blasio appeared on Morning Joe to announce that he was issuing a city wide mandate for private sector employees to be vaccinated.

“We in New York City have decided to use a preemptive strike to really do something bold to stop the further growth of COVID and the dangers it’s causing to all of us,” de Blasio said. “All private-sector employers in New York City will be covered by this vaccine mandate as of Dec. 27.”

“We’ve got omicron as a new factor, we’ve got the colder weather, which is going to really create additional challenges with the delta variant, we’ve got holiday gatherings,” de Blasio also said.

CBS  New York reported on the details of the city wide ‘mandate.’

“All private-sector workers in New York City will be subject to the mayor’s vaccine mandate starting Dec. 27, affecting 184,000 businesses, while vaccine proof for indoor dining, fitness and entertainment will be required for children ages 5 to 11, according to a toughened vaccine mandate announced by Bill de Blasio Monday,” CBS noted.

“The current rule will also expand to require two vaccine doses instead of proof of only one as far as people age 12 and older are concerned, the mayor said,” the report added. “That excludes people who were vaccinated with Johnson & Johnson’s single-dose shot.”

“Kids aged 5 to 11 only need to show proof of one dose when the requirement for them kicks in on Dec. 14, considering they only first became eligible for their initial doses in early November and must wait at least 21 days between Pfizer’s doses,” the report said.

The medical experts who have dealt with the Omicron variant have described the symptoms it causes as “mild.” Furthermore, children are at infinitesimal risk from Covid.

One South African doctor has reprimanded governments for taking “extreme action” over the Omicron variant.

New York has implemented some of the most aggressive Covid response actions in the nation, but has no results to show for it, except for damaging job creation, the tourism industry, and the state of freedom for the citizens.

The Covid cases, hospitalizations and deaths are on the rise in New York, despite vaccine mandates, mask mandates, and even vaccine “passports” in New York City. The vaccination rates are also extremely high: More than 99% of seniors and 90% of those 12 and up are “vaccinated.” 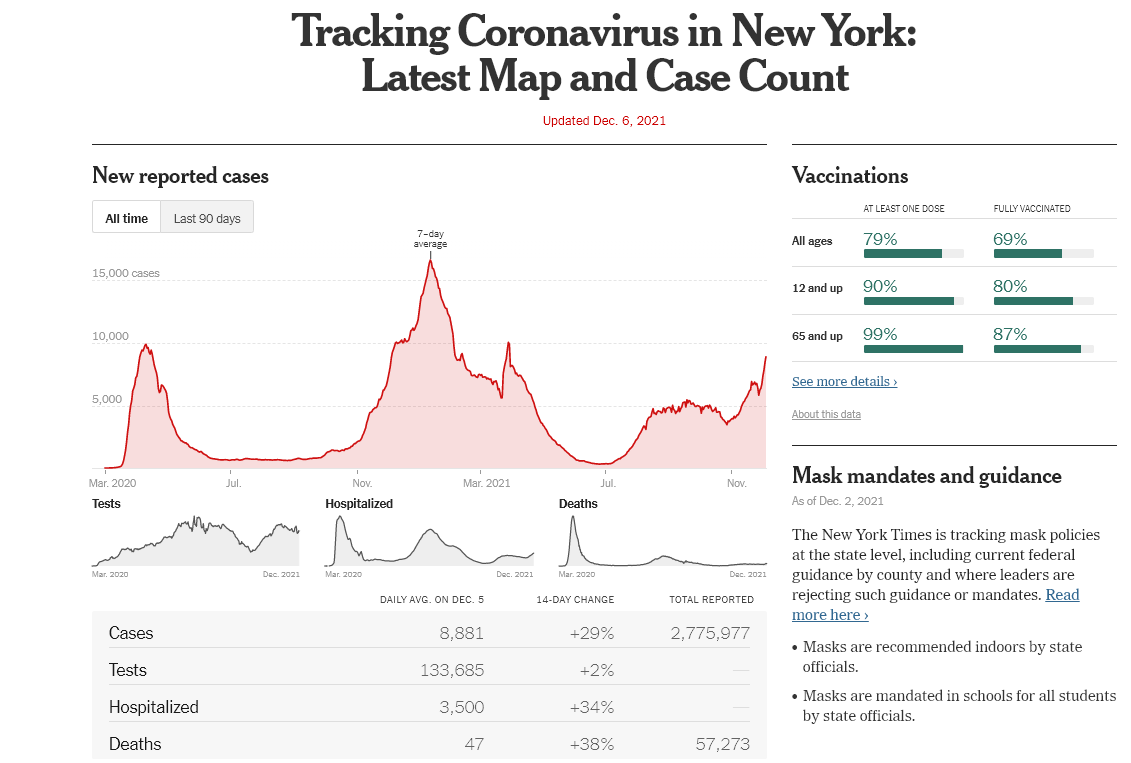 However, this is doing little or nothing to stop the spread. This is because these leaky “vaccines” transmit the variants, as Becker News reported months ago, including the Delta and Omicron variants.

Compare the State of Florida, which has overcome its “third wave,” which was obviously a seasonal wave. 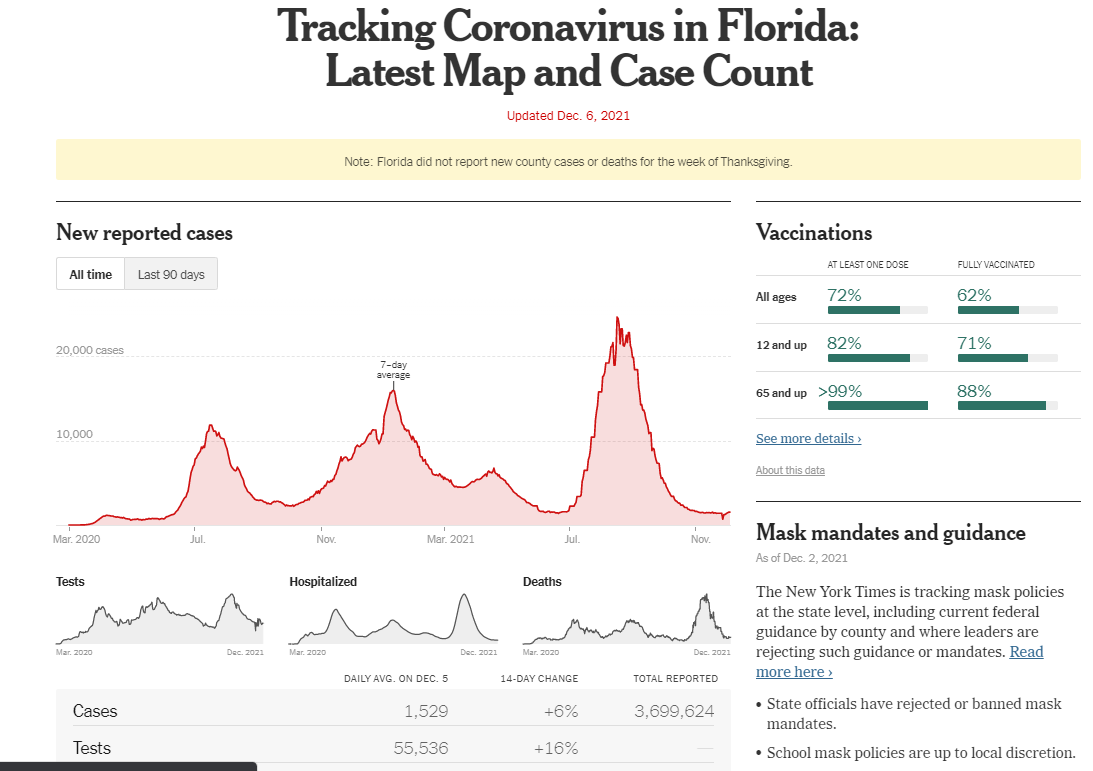 The State of Florida is now demonstrating more herd immunity than New York. It has accomplished this with a combination of using the mRNA therapeutics being marketed as “vaccines” for the at-risk elderly population, therapies like monoclonal antibodies, and natural immunity (CDC estimates put this figure at approximately 150 million to 190 million in the United States).

Most importantly, Florida has accomplished this under a state of freedom that respects American citizens’ human rights. There are no statewide mask mandates, vaccine passports are banned, and vaccine mandate enforcement is banned.

Florida is now seen as a safe haven from authoritarian failed states like New York.