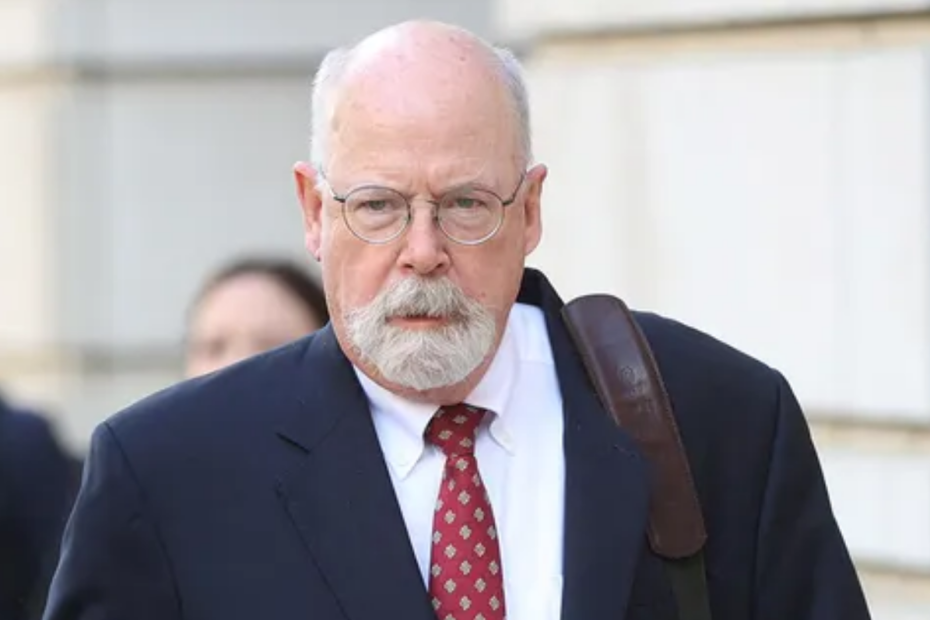 The New York Times, one of the main drivers of the Russia hoax, is crowing that Special Counsel John Durham’s investigation appears to be “winding down.” The Times on Wednesday reported that the “grand jury that Durham has recently used to hear evidence has expired.”

The Grey Lady added that “while he could convene another, there are currently no plans to do so, three people familiar with the matter said.”

The premier publication on the American left is essentially giving the ‘all clear’ signal to the political establishment and to the Democratic voting base that no one will seriously be held accountable for this monumental scandal in U.S. political history.

The former ‘paper of record’ heralded the news that the chances that Durham will indict anyone of major significance over Russiagate are ‘remote.’

Over the course of his inquiry, Durham has developed cases against two people accused of lying to the FBI in relation to outside efforts to investigate purported Trump-Russia ties, but he has not charged any conspiracy or put any high-level officials on trial. The recent developments suggest that the chances of any more indictments are remote.

The New York Times further highlights that Attorney General Merrick Garland, who has presided over the most politicized Department of Justice in U.S. history, has the option to decide whether or not to make Durham’s report public.

After Durham’s team completes its report, it will be up to Attorney General Merrick Garland to decide whether to make its findings public. The report will be Durham’s opportunity to present any evidence or conclusions that challenge the Justice Department’s basis for opening the investigation in 2016 into the links between Trump and Russia.

The Times is also virtually gloating with its denial that there was a ‘conspiracy’ to target and spy on the Trump campaign during the 2016 election campaign.

When John Durham was assigned by the Justice Department in 2019 to examine the origins of the investigation into the 2016 Trump campaign’s ties to Russia, President Donald Trump and his supporters expressed a belief that the inquiry would prove that a “deep state” conspiracy including top Obama-era officials had worked to sabotage him.

The list of figures who are complicit in carrying out a coordinated ‘deep state’ operation against the Trump campaign is lengthy.  The Federalist notes 35 key figures, including:

The Federalist’s list does not even include Hillary Clinton, whose campaign paid for and orchestrated the Steele dossier, which drew on Russian disinformation, as the recent unsealing of a motion from a Durham case again highlighted. As the motion in limine notes about Steele’s primary source Igor Danchenko, there is a clear relationship between the Clinton campaign and the FBI’s targeting of the Trump campaign.

“Beginning in or about July 2016 and continuing through December 2016, the FBI began receiving a series of reports from former British government employee Christopher Steele and his firm, Orbis Business Solutions, that contained derogatory information on then-candidate Trump concerning Trump’s purported ties to Russia,” the motion states.

“Earlier that year, Perkins Coie, a U.S.-based international law firm, acting as counsel to the Hillary Clinton Presidential campaign, had retained Fusion GPS, a U.S.-based investigative firm, to conduct research on Trump and his associates. In or about June 2016, Fusion GPS, in turn, retained Steele and Orbis to investigate Trump’s purported ties to Russia. The Steele Reports played an important role in applications that FBI personnel prepared and submitted to obtain warrants pursuant to the Foreign Intelligence Surveillance Act (“FISA”) targeting Carter Page, a United States citizen who for a period of time had been an advisor to then-candidate Trump.”

“Over a fairly lengthy period of time, the FBI attempted to investigate, vet, and analyze the Steele Reports but ultimately was not able to confirm or corroborate most of their substantive allegations,” the motion added. “In the context of these efforts, the FBI learned that Christopher Steele relied primarily on a U.S.-based Russian national, the defendant Igor Danchenko (‘Danchenko’ or the ‘defendant’), to collect information that ultimately formed the core allegations found in the Steele Reports. From January 2017 through October 2020, and as part of its efforts to determine the truth or falsity of specific information in the Steele Reports, the FBI conducted multiple interviews of the defendant regarding, among other things, the information that he had provided to Steele.”

This is one of the strongest statements to date from the U.S. government acknowledging the ties between the Hillary Clinton Presidential Campaign and the FBI’s “Crossfire Hurricane” operation that entailed FISA surveillance on the Trump campaign. It also highlights the dubious nature of the information that the FBI would act upon to target the Trump campaign in its investigation.

But one of the biggest revelations in the motion is that Danchenko himself was a confidential paid human informant for the FBI. As Russiagate analyst Technofog noted:

Danchenko was on the FBI payroll as a confidential human source from March 2017 through October 2020.

On Twitter, Technofog gave the most plausible reason for this improper relationship.

The purpose should be quite clear – The FBI buries Danchenko from inquiry by making him a CHS. In doing so, the FBI prevents discovery of its own misconduct. Utterly corrupt and self-serving.

The Times’ protest against the volumes of evidence that Russiagate was a ‘conspiracy,’ that is, a coordinated effort on the part of state actors to illicitly use the machinery of government for their own corrupt political purposes, is yet another sign that the ‘newspaper’ is nothing more than a house organ for these state actors.

The New York Times accrued accolades for its Trump-Russia collusion reportage, including Pulitzer Prizes. But it was hardly alone in perpetrating this hoax on the American people. There are literally dozens of provable ‘fake news’ stories on Russiagate that were put out by the mainstream press. John Nolte has compiled an excellent list at Breitbart of 51 such entries, along with links to sources that expose the ‘fake news’ stories for what they are.

If the Durham investigation ends without further indictments, it will be a chilling signal that the rule of law in the United States is rapidly coming to an end. The U.S. government will have effectively announced that it is above the law and has no respect for the rights of American citizens or their elections.