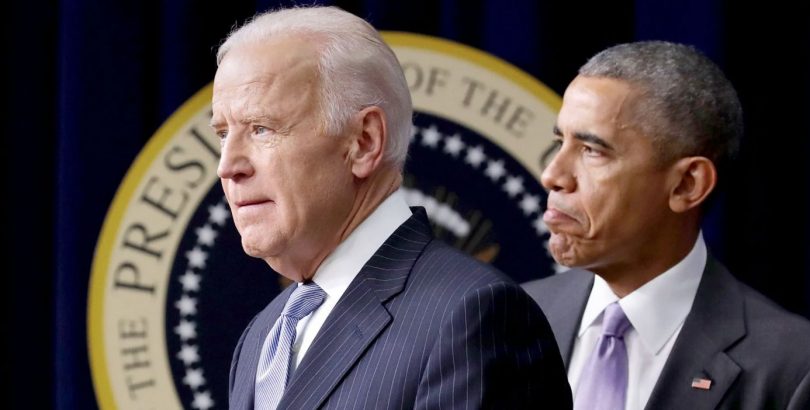 Former President Barack Obama is inviting 700 people to his 60th birthday party. But despite the mass gathering in the midst of the purportedly raging pandemic, there is one name that won’t be on his guest list: President Joe Biden.

The reports about Barack Obama’s potential superspreader event, well, were spread on Monday morning. The ex-POTUS’s birthday festivus was reported at the New York Post.

“Former President Barack Obama will reportedly have nearly 700 people at his celeb-packed 60th birthday bash in Martha’s Vineyard — even as officials warn of the dangers of large gatherings during the ongoing pandemic,” the Post said.

“The 44th commander in chief will have at least 200 staff on hand at his Massachusetts home this weekend to cater to the 475 invited guests, including Oprah Winfrey, George Clooney and Steven Spielberg,” the report added.

Entertainers will include Pearl Jam, who will perform at the event.

“It’s going to be big,” one source told The Hill. The outdoor party will be at Obama’s $12 million, 30-acre waterfront property in Martha’s Vinyard on Wednesday. Guests will be COVID vaccinated and there will be a ‘safety coordinator.’

One person who won’t be in attendance at the shindig will be President Biden. A White House official confirmed this to The Hill.

“While President Biden is unable to attend this weekend, he looks forward to catching up with former President Obama soon and properly welcoming him into the over 60 club,” a White House official said  Biden is slated to be in Rehoboth Beach in Delaware on Friday.

It took until every other Democratic presidential candidate dropped out of the 2020 race before Barack Obama reluctantly endorsed Joe Biden. He even waited until socialist Bernie Sanders had suspended his campaign.

Barack Obama also tried to convince Joe Biden not to run for president, as was reported earlier by the New York Times.

“You don’t have to do this, Joe, you really don’t,” Obama told him.

The Times also noted that Obama was courting other Democratic presidential candidates during the 2020 campaign, offering them all counsel, and even privately pushing for donors to back Warren. He cautioned Biden’s campaign advisers in March 2019 that they needed to “make sure” that he didn’t “embarrass himself.”

It looks like they didn’t take his advice. Nonetheless, the U.S. president will be doing other important things with his time, like relaxing at Rehoboth Beach or playing video games with his grandkids at Camp David.

Chicago Owes Trump a $1 Million Tax Refund, But Kimberly Foxx Has Filed Emergency Lawsuit to Take It Away