DeAnna Price, the Team USA Olympian who took gold at the same hammer-throw where Gwen Berry placed third, shared her thoughts on the meaning of the National Anthem.

Berry had made a big scene about turning her back to the podium when the anthem played. She claimed that it was a ‘setup,’ even though the anthem had been scheduled to play at 5:20 p.m.

Price didn’t have to call Berry out by name, she simply had to share her thoughts on what the national anthem means and what she thinks about whenever it plays. 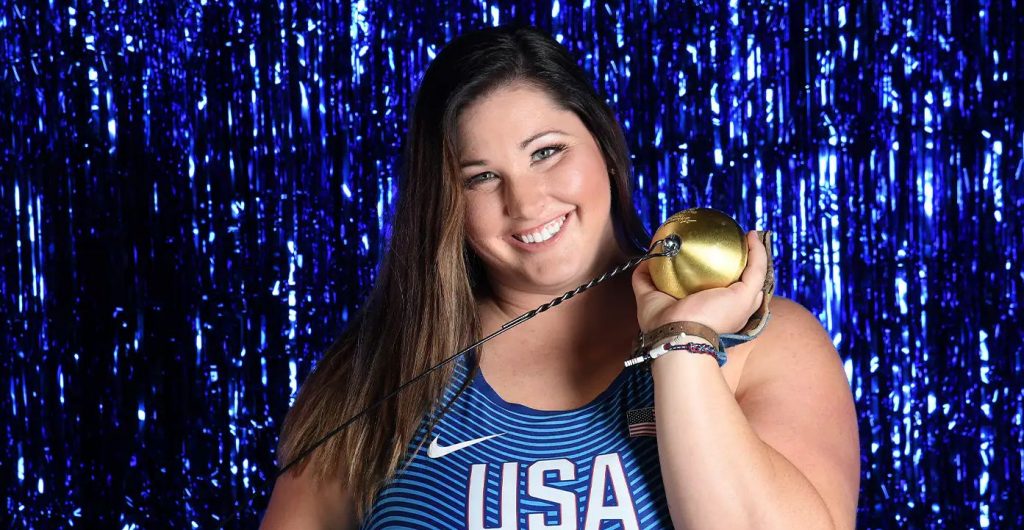 “Whenever I stand for the flag, I think about all of the people who died before us,” Price said. “I think about anyone who sacrificed anything for me, and it just makes me cry every time — every time I hear it. That’s one thing I love [about] America is that we have freedom of speech.”

Price said that she had been “very, very close” with Berry. But without calling her out, the gold medal winner displayed that her attitude about the anthem was much, much different.

“When I stand for the flag, I stand for the people, and so to me … we’re good, I’m fine. She’s gonna do her, I’m gonna do me, and we both talk about it, and we’ve had our conversation,” Price said.

On June 26, when Price and Berry competed at Oregon’s Hayward Field, Price shattered the American record at 263 feet, 6 inches. She became the first American woman with a throw over 80 meters, and just the seventh in the world.

Both secured a spot on the U.S. Olympic team heading to Tokyo, although some members of Congress and many Americans want Berry removed from the team. At the very least, patriotic Olympic watchers will have an American to root for.