One Year After Afghanistan Catastrophe, Biden Suffers Another Humiliating Foreign Disaster in Iraq

One year after President Joe Biden oversaw a disastrous pullout to an Afghan War that had cost Americans thousands of lives and nearly twenty years of fighting, the “Commander-in-Chief” has orchestrated another foreign policy debacle on the world stage: Iraq.

On Monday morning, video reports surfaced that appeared to show embassy staff poised to flee the Green Zone by helicopter.

“The US embassy employees have been evacuated from the #Green_Zone by the helicopter,” reported independent journalist Khaled Iskef.

The U.S. embassy in Iraq has not confirmed such an evacuation as of time of publication. Conflicting reports indicate that the video was actually of top officials leaving Baghdad en route to North Iraq.

However, the U.N. has issued a statement that the protesters had occupied ‘governmental buildings.’ 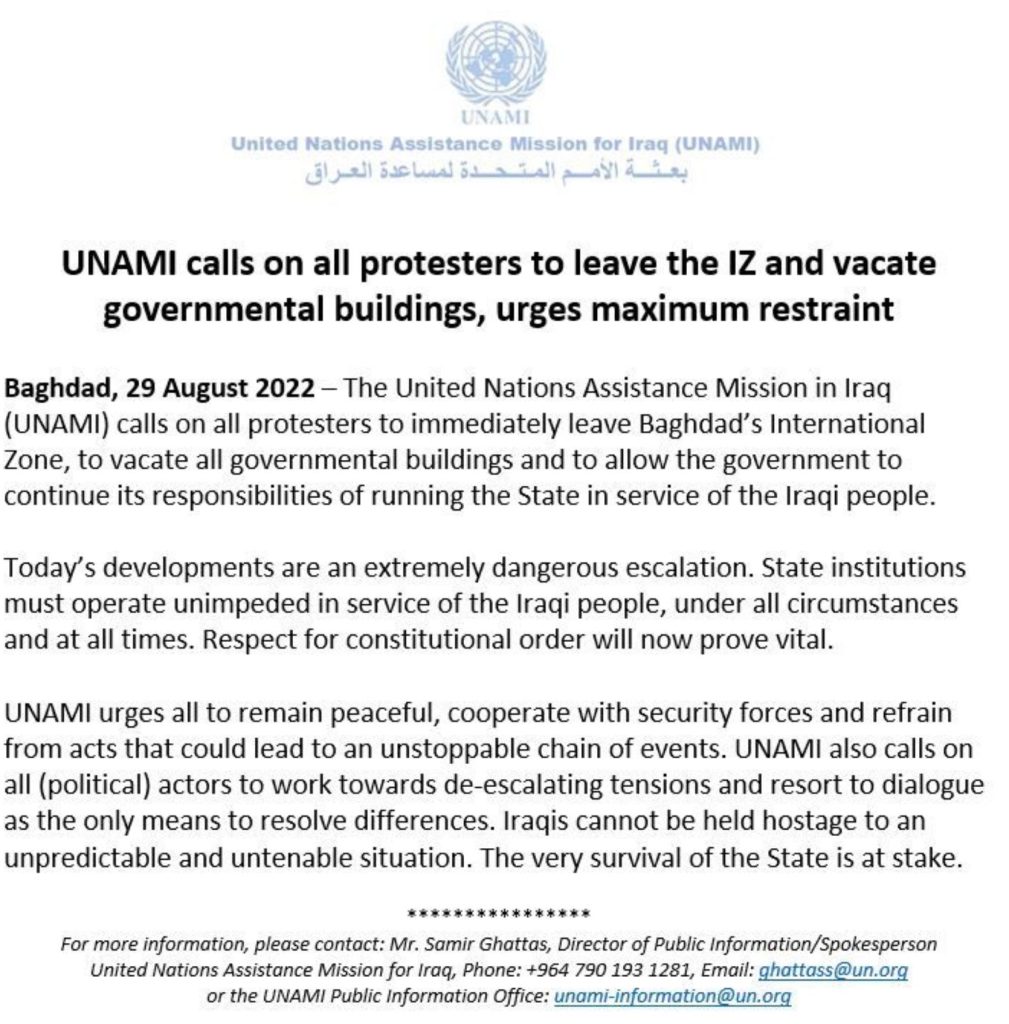 The Associated Press had documented that there is a serious uprising in Iraq, which follows upon a fractious parliamentary election in October.

“A hugely influential Shiite cleric announced Monday he would resign from Iraqi politics and his angry followers stormed the government palace in response, sparking fears that violence could erupt in a country already beset by its worst political crisis in years,” the AP reported.

“Iraq’s government has been deadlocked since cleric Muqtada al-Sadr’s party won the largest share of seats in October parliamentary elections but not enough to secure a majority government, the longest since the U.S.-led invasion reset the political order,” the AP added. “His refusal to negotiate with Iran-backed Shiite rivals and subsequent exit from the talks has catapulted the country into political uncertainty and volatility amid intensifying intra-Shiite wrangling.”

Chaos at the Republican Palace on Monday ensued when riot police arrived to put down the insurrection.

The situation inside the Republican Palace in the #Green_Zone after the riot police arrived.#Baghdad, #Iraq pic.twitter.com/XeoBlm0BaS

Traffic gates were stormed by Sadr loyalists, who subscribe to the Iraqi Islamic national movement led by Muqtada al-Sadr.

“The security forces managed to expel followers of the Sadrist movement from the Republican Palace and establish full control over it,” Iskef reported.

On August 26, President Biden marked the anniversary of his calamitous withdrawal of American military from Afghanistan. The chaotic exit caused billions of military hardware to fall into the hands of the Taliban terror regime, and the unnecessary deaths of 13 U.S. service members. 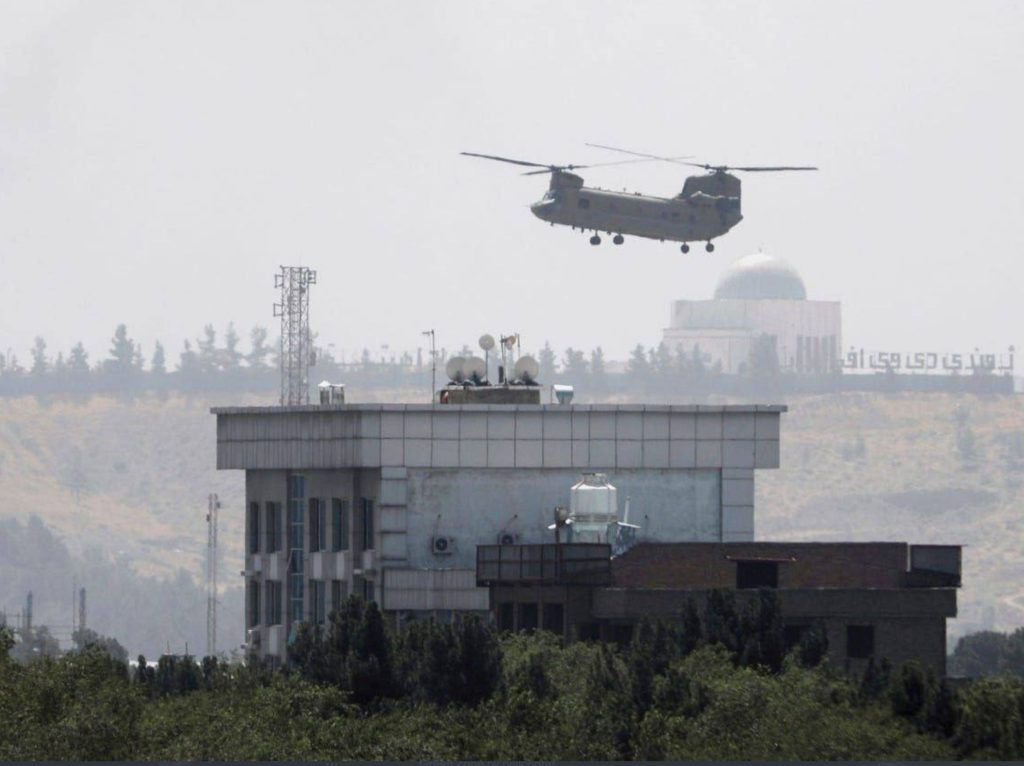 “One year ago, 13 proud and patriotic American service members, as well as more than 100 innocent Afghan civilians, were killed in a heinous terrorist attack at Abbey Gate outside the Kabul Airport,” Biden said in a statement. “Many more were injured and will carry the impact of their wounds and experiences for the rest of their lives.”

Biden listed the names of the servicemembers who gave their lives defending America. They served their country with courage and honor. 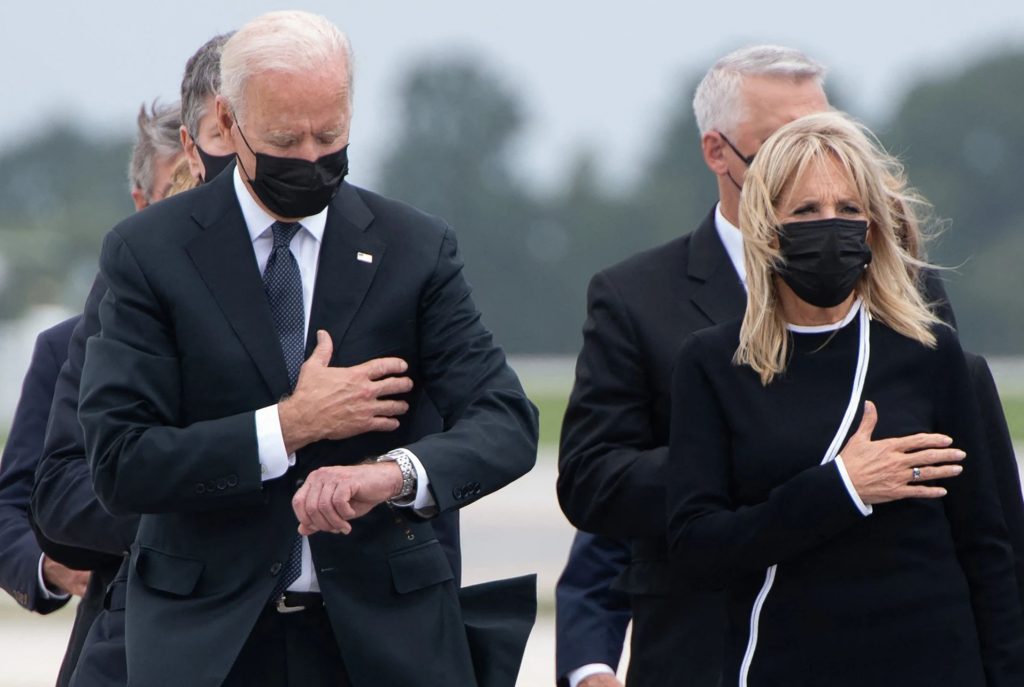 If only the same could be said of President Biden.