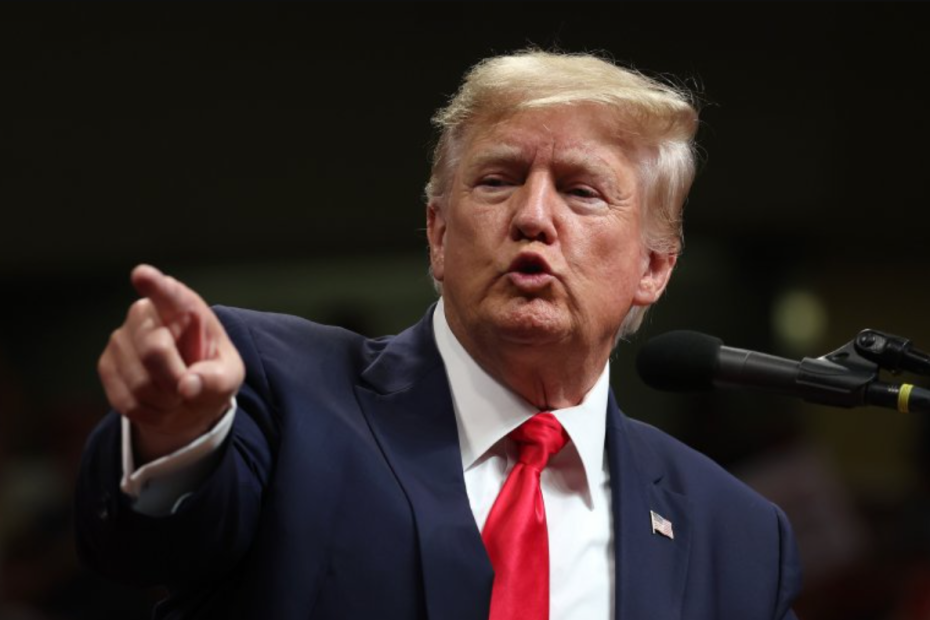 The partisan January 6 committee has utterly failed to show that former President Donald Trump was in any responsible for the massive security failure that led to protesters overwhelming the Capitol building during the convening of the Electoral College.

In the Inspector General’s report on the Department of Defense’s response to the Capitol riots, there is a passage that fundamentally undercuts everything the partisan January 6 committee has been claiming about Donald Trump’s role in the purported ‘insurrection.’

“Mr. Miller and GEN Milley met with the President at the White House at 5:30 p.m,” the IG report states. “The primary topic they discussed was unrelated to the scheduled rally. GEN Milley told us that at the end of the meeting, the President told Mr. Miller that there would be a large number of protestors on January 6, 2021, and Mr. Miller should ensure sufficient National Guard or Soldiers would be there to make sure it was a safe event. Gen Milley told us that Mr. Miller responded, ‘We’ve got a plan and we’ve got it covered’.”

They had a “plan,” but it apparently wasn’t securing the capitol against protesters and far-right extremists. The Capitol Police’s aiding-and-abetting of the protesters by opening doors and removing barricades, while merely observing the purported existential threat to the Congress, also appears to have been part of the “plan.” None of these Capitol Police officers have been held fully accountable.

The memo was brought back to light by John Solomon of Just the News on Friday, in light of the House Democrats ending their January 6 show trial on Thursday night.

Beyond the memo showing the president’s desire for a “safe event” was perfectly clear, even though the commander-in-chief was evidently ignored by the Pentagon brass, Trump himself had repeatedly stated his desire for “peace” on January 6.

The Unselect Committee wants you to ignore all the times President Trump condemned violence and called for peace on January 6th.

"We have to have PEACE."

Major General William J. Walker, the commanding general of the D.C. National Guard, also confirmed that capitol security had been deliberately weakened due to a purported concern about “optics,” as he stated in Congressional testimony in March 2021.

Furthermore, the commanding general made it clear that such concerns were “unusual” and had not been raised during a similar civil disturbance in Washington D.C. the previous summer, which had threatened the Trump White House.

The Pentagon also placed limits on the National Guard’s ability to mobilize and prepare for the riots, the Washington Post reported.

President Trump had informally requested that 10,000 National Guard troops be at the capitol.

The president’s expressed concern is confirmed by the verification of the Pentagon memo by the Inspector General.

The Washington Post, while claiming to have debunked the president’s request for more National Guard troops, actually corroborates it. The Post’s fact-checker Glenn Kessler tucks the nugget within a story headlined “Trump falsely claims he ‘requested’ 10,000 troops rejected by Pelosi.”

“[Acting Defense Secretary Christopher] Miller and other senior Pentagon officials never relayed the 10,000 figure to anyone outside the Defense Department, according to a former U.S. official who was familiar with the matter,” the WaPo report admitted.

“They didn’t act on it because based on discussions with federal and local law enforcement leadership, they didn’t think a force of that size would be necessary,” the former official said.

Thus, it was the Pentagon’s fault that it did not act on former President Trump’s concern that the January 6 protesters might pose a security problem. It is quite the odd issue to raise for a president who was purportedly part of a plot against the United States.

Speaker Nancy Pelosi’s potential role in the delay over authorizing National Guard troops was raised by the conflicting testimony of former House Sergeant at Arms Paul Irving. The January 6 committee has conveniently dodged any-and-all questions that may trace back to negligence or political scheming by the Democratic Party.

Thus, the January 6 committee is not leading an “investigation,” but a cover-up job. And the longer the anti-Trump partisans decry President Donald Trump and point the finger at him, the guiltier they all look.