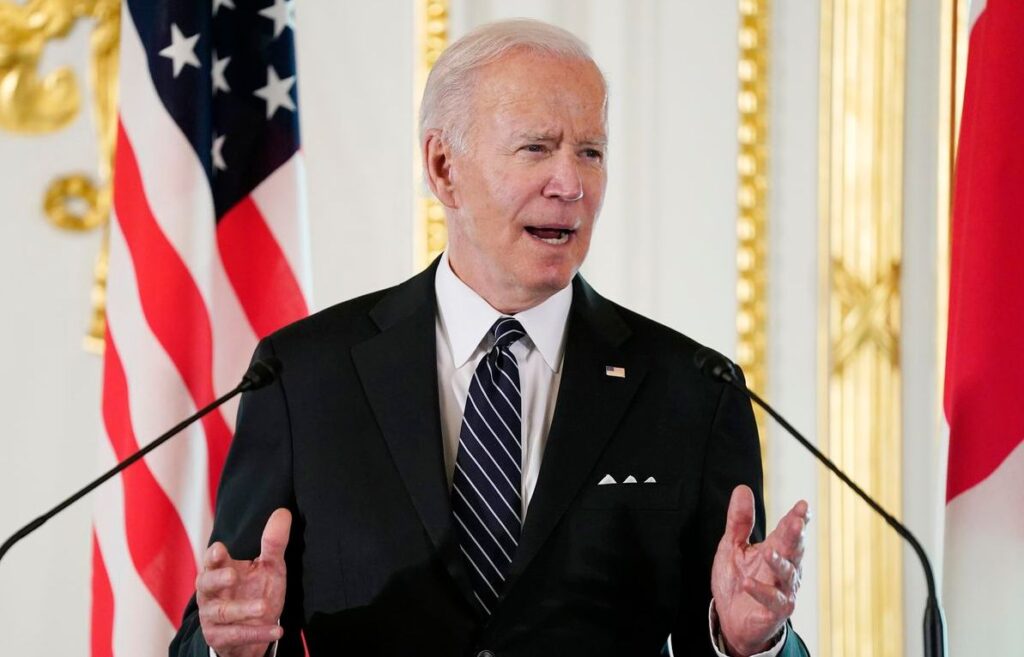 President Joe Biden issued a statement authorizing that flags be flown at half-staff in the aftermath of a deadly mass shooting at Robb Elementary School in Uvalde, Texas on Tuesday that left a schoolteacher and fourteen children dead.

“As a mark of respect for the victims of the senseless acts of violence perpetrated on May 24, 2022, by a gunman at Robb Elementary School in Uvalde, Texas, by the authority vested in me as President of the United States by the Constitution and the laws of the United States of America, I hereby order that the flag of the United States shall be flown at half-staff at the White House and upon all public buildings and grounds, at all military posts and naval stations, and on all naval vessels of the Federal Government in the District of Columbia and throughout the United States and its Territories and possessions until sunset, May 28, 2022,” the White House statement read.

“I also direct that the flag shall be flown at half-staff for the same length of time at all United States embassies, legations, consular offices, and other facilities abroad, including all military facilities and naval vessels and stations,” the statement added.

White House Press Secretary Karine Jean-Pierre earlier stated that the president had been briefed on the situation.

“President Biden has been briefed on the horrific news of the elementary school shooting in Texas,” Jean-Pierre said. “His prayers are with the families impacted by this awful event, and he will speak this evening when he arrives back at the White House.”

Ramos was a student at Uvalde High School and is an U.S. citizen, Governor Abbott said at a press conference. He appears to have killed his grandmother prior to the shooting rampage and showed up at the elementary school in the course of a police chase.  Ramos’s motives for killing his grandmother and the children have not yet been identified.