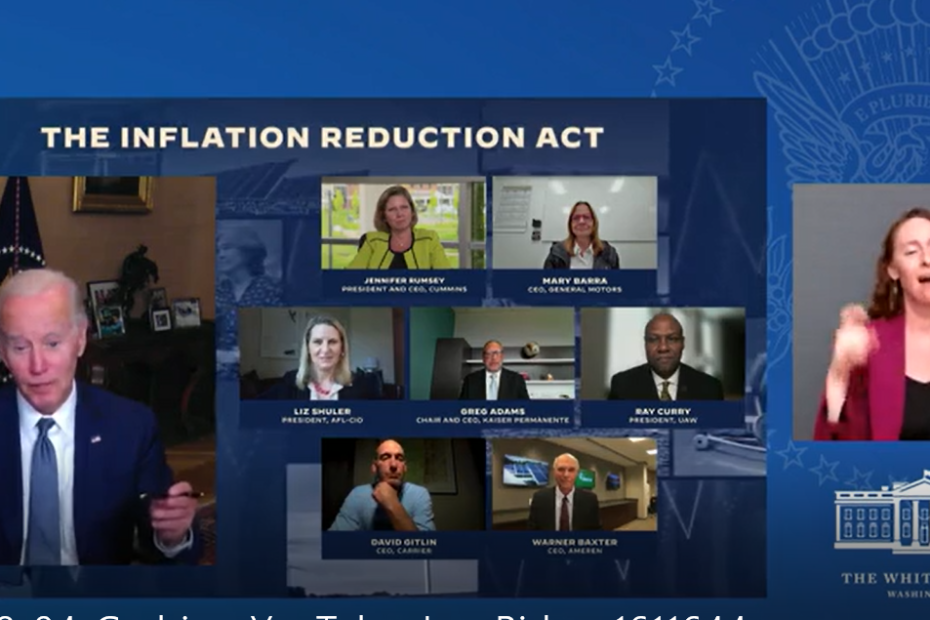 At the White House joint teleconference on the Inflation Reduction Act, Biden mistakenly referred to himself as ‘vice president.’ Watch:

“I did, I must admit total disclosure,” Biden said. “I’ve, I’ve spoken to the chairwoman about the possibility of my being able to buy one of those corvettes that are electric vehicles that, you know, when they come out.”

It must be easy for President Biden to believe he is still vice president, since he does not act like the key decision-maker in his own administration.

At the same joint teleconference, Biden half-jokingly asked for permission to ask a question. Watch:

“Thank you. Is it all right if I ask the question, Brian?” Biden said and laughed.

BIDEN: “Can I ask you a question?”

Also in September, Biden made an offhand comment that implied that he was not in charge of his presidency.

“Now, I am supposed to stop and walk out of the room here,” Biden said. “I am going to stop, and with your permission, I am going to walk into the room and say hello.”

In June 2021, Biden made a remark about ‘getting in trouble’ at a summit between the European Union and the United States.

"I'm going to get in trouble."

Biden confuses himself while reading notes at EU-US summit. This is just *embarrassing.* Watch:🔻 pic.twitter.com/Z0qoW6aqaZ

“I’ve said before and I apologize for the confusion,” he said. “Oh, I didn’t… that’s my national security adviser,” he added while pointing to the side.

“We’ve got a lot of people here, I apologize,” Biden continued. “I’m going to get in trouble, but… anyway, we’ll get back to that.”

In April 2021, Biden took a question from a reporter and he gave a similar response.

“Will you make it faster for them to get the vaccine, the vaccines we will get soon?” a reporter asked.

“India,” the reporter said. “They are suffering at this moment.”

“I am sorry. Just… last question I will take,” Biden replied. “I’m really going to be in trouble.”

Biden made a similar allusion to getting in “trouble” at the G7 summit about taking a reporter’s question.

“I’m sorry, I’m going to get in trouble with staff if I don’t do this the right way,” Biden said.

The American people hold presidential elections to vote for a “commander-in-chief.” But it is obvious that when it comes to “President” Biden, there is a shadow cabal behind-the-scenes that is pulling the strings.

‘This is a Puppeteer Act’: Senator Demands to Know ‘Who is In Charge’ of Biden After He’s Cut Off in Mid-Sentence